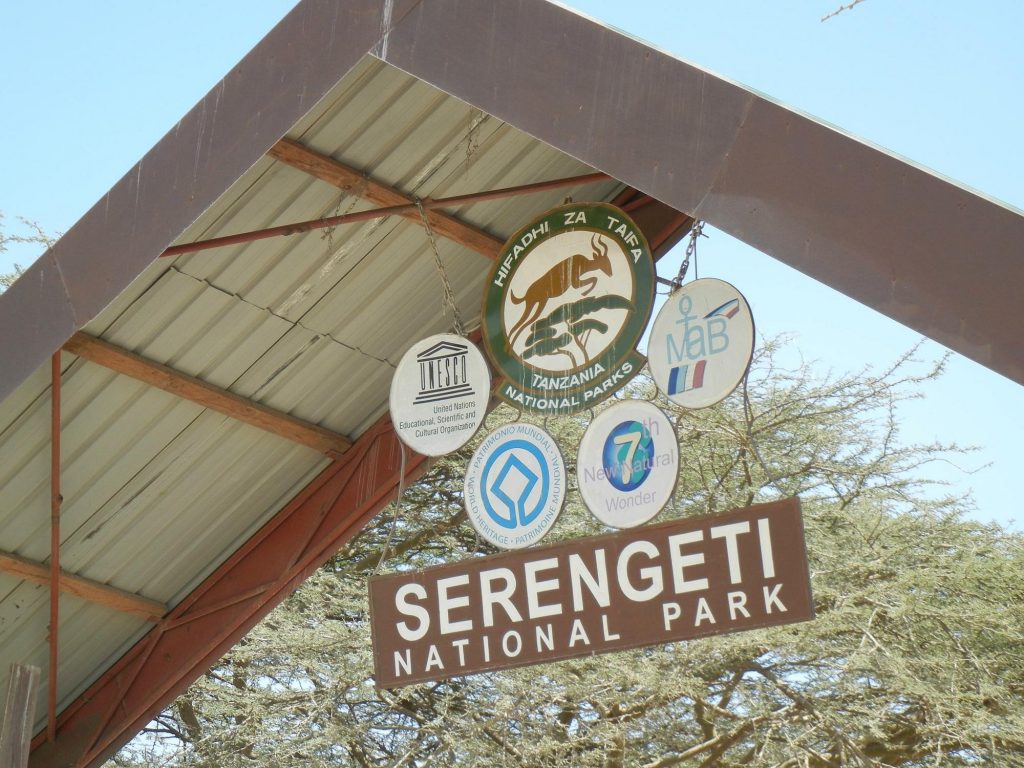 Serengeti Safaris or Serengeti Lodge Safaris in The Serengeti National Park. are finest Africa’s Safari Destinations. Extending over 14,763km² of undulating plains and isolated Koppies (rocky hills), The Serengeti is Tanzania’s oldest, largest, and most famous National Park in Tanzania. The Serengeti is renowned for hosting an annual migration comprising at least two million wildebeest, plains zebra, and gazelle – the greatest spectacle of its type in Africa – but the immense plains are also home to unusually dense populations of lion, leopard, cheetah, and other predators while being possessed of a liberating sense of space best experienced on an early-morning balloon safari. Best of Serengeti Safaris will be a highlight of a visit to Tanzania.

What we’ll cover in this Serengeti Safaris’ article

When is the best time to see the Great Migration in Serengeti?

On your Serengeti Safaris. “The migration through the Serengeti follows a reasonably predictable annual cycle, but there is also variation from one year to the next, dependent mainly on the rainfall. If you are looking to see a horizonless column of braying wildebeest on the move, aim for the Western Corridor in late May to June, when the migration heads towards the south bank of the Grumeti River before crossing it, usually in early July. 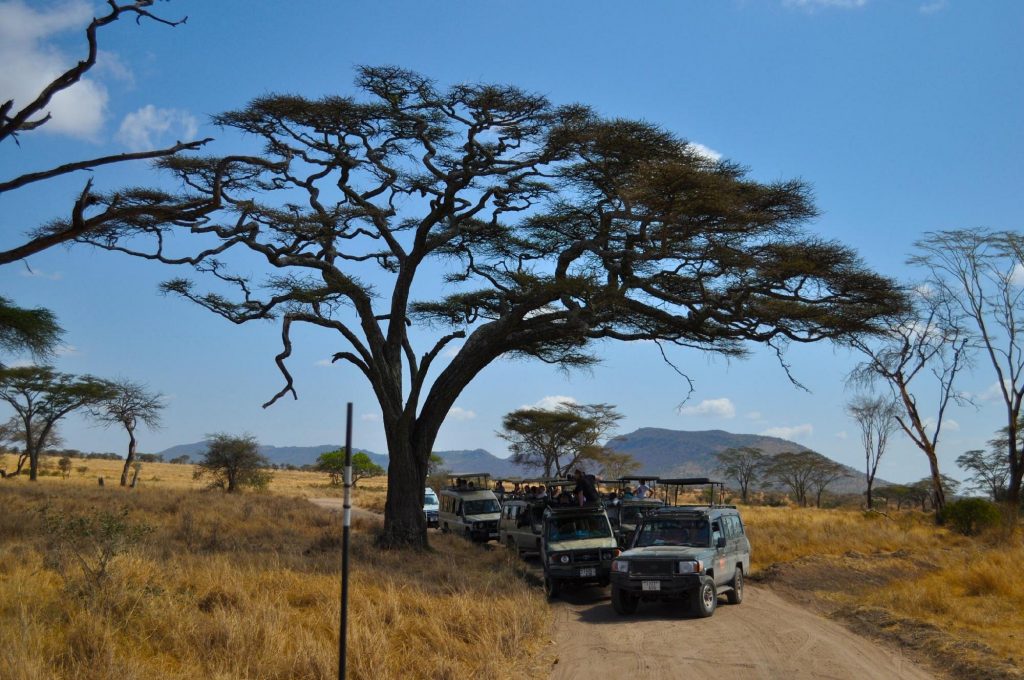 More reliable for river crossings is the far north of the park over August to October when herds of several hundred or a few thousand make the treacherous crossing from one side of the Mara River to the other with logic-defying regularity. Over December to April, the wildebeest disperse into the southeast Serengeti, which is the most accessible part of the park from Arusha, but might still be seen in herds that stretch from one horizon to the other. These southeastern plains are the main wildebeest calving grounds, with peak calving season usually centered on February, a phenomenon that attracts high predator concentrations.”

Get inspired with our sample Serengeti Safari Lodge below. You can have any trip tailor-made for your private travel. Any number of days.

What country is the Serengeti?

Serengeti National Park. The National Park, and wildlife refuge on the Serengeti Plain in north-central Tanzania. It is partly adjacent to the Kenya border and is northwest of the adjoining Ngorongoro Conservation Area.

What animals can I expect to see on Serengeti Safari?

“The Serengeti is great when it comes to both variety and volume of wildlife. Over the course of a typical Serengeti safari, you can expect to see lions on a daily basis, and with luck, you will also encounter a host of other carnivores including leopard (most common around Seronera), cheetah, spotted hyena, black-backed jackal, golden jackal, and bat-eared fox. You might also be lucky enough to see secretive nocturnal creatures such as civet, serval, genet, and African wildcat. Also certain to be seen on Serengeti tours are elephant, buffalo, giraffe, hippo, plains zebra, wildebeest, Thomson’s gazelle, Grant’s gazelle, impala, Coke’s hartebeest, and warthog. The localized patas monkey and black-and-white colobus are both residents in the Western Corridor. The black rhino is scarce and more likely to be seen in Ngorongoro Crater. Around 550 bird species have been recorded, among them the endemic grey-throated spurfowl, Fischer’s lovebird, Rufous-tailed Weaver, Usambiro barbet, and grey-crested helmet-shrike. The open plains are good for terrestrial giants such as ostrich, kori bustard, secretary bird, and southern ground hornbill.”

How long is the drive to the Serengeti?

On your Serengeti Safari in Tanzania. “Coming directly from Arusha, it is around 300km to the park headquarters at Seronera. 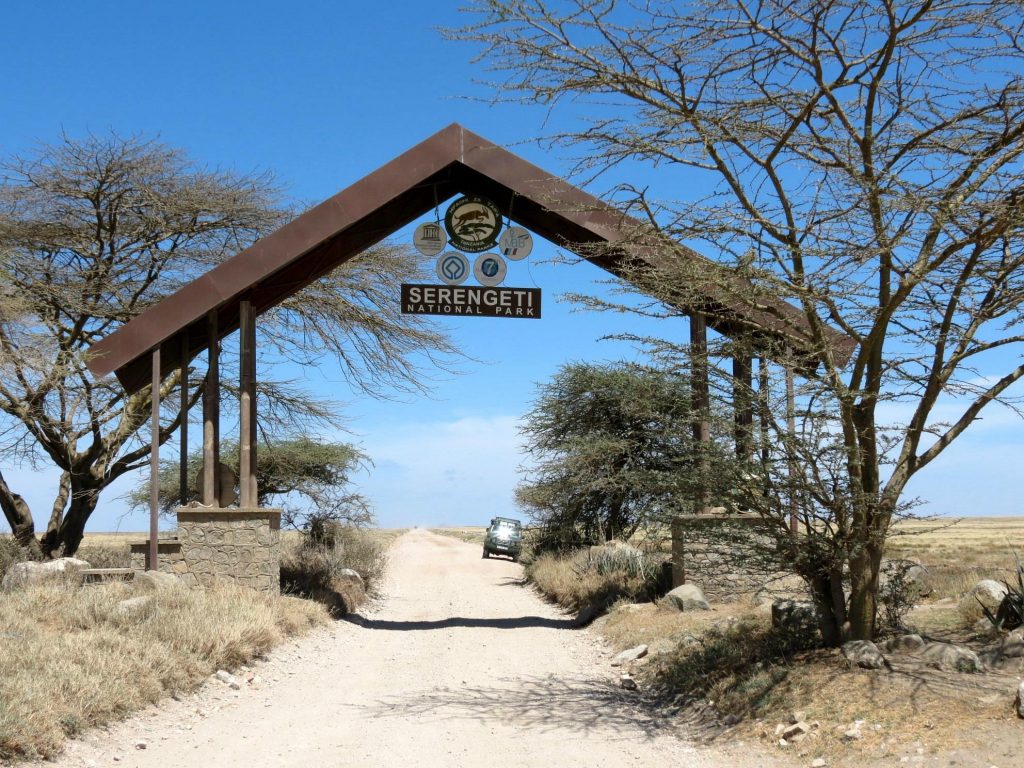 The first half of this drive follows the same surfaced road that runs past Lake Manyara to the main eastern entrance of the Ngorongoro Conservation Area (NCA). The second follows a rough and dusty corrugated track around the Ngorongoro Crater rim and western plains of the NCA. Allow at least six hours for the full drive, and ideally a full day. Note, however, that most Serengeti tours include overnight stops at Lake Manyara and/or Ngorongoro Crater, which helps to break up the trip.”

What condition are the roads in within the Serengeti?

“By any sensible international standards, the roads are terrible. It’s not a problem when you are on a relaxed game drive, but it can be tough going on longer drives between lodges and camps. If this sounds daunting, or you have a vulnerable back, think about booking a Serengeti Safari Package that includes flights into the park and between lodges and camps.”

What lodges or camps would you recommend on Serengeti Safaris?

“If your budget runs to it, there are some superb exclusive small lodges and tented camps scattered around the Serengeti Safari Park. I tend to favor places with a more remote crowd-beating location. Sanctuary Kusini Camp, set among massive boulders in the far south, offers superb wildlife-viewing during February and March; the semi-permanent Dunia Camp near Moru Koppies offers excellent wildlife viewing all year, peaking from December to March; the super-stylish &Beyond Grumeti Serengeti Tented Camp is easily the pick of the lodges in the western corridor, where wildlife activity peaks from May to July; and there’s not much to separate Lamai Serengeti and Sayari Camp, which are the two most exclusive properties in the far north, and ideally placed to catch wildebeest river crossings from August to October. Of the more mid-range options, Ndutu Safari Lodge, a low-key, family-owned set-up overlooking the eponymous seasonal lake, is great value and offers superb predator viewing from December to April.” 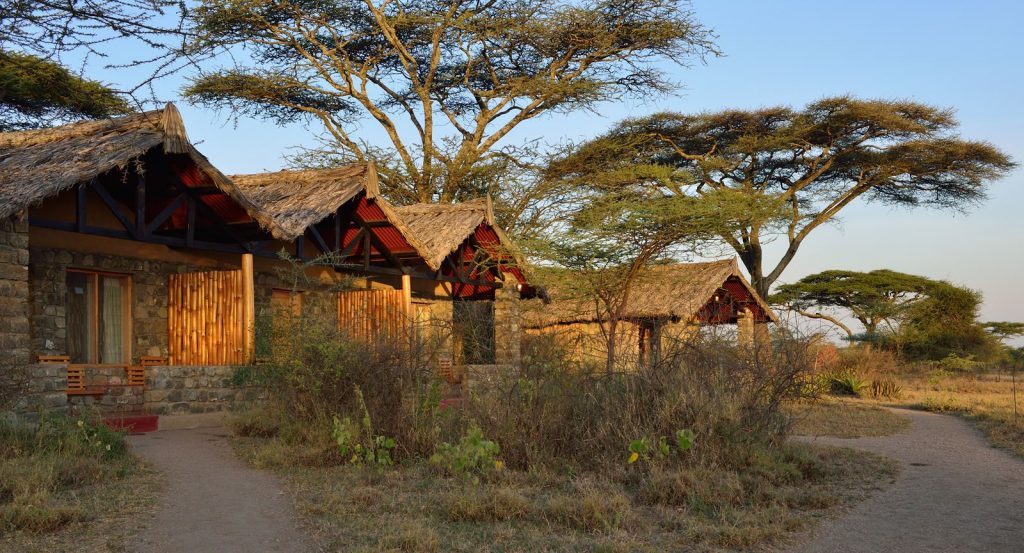 What is Serengeti famous for?

Serengeti Safaris – The Serengeti is famed for its annual wildebeest migration, when some 8 million hooves cross the open plains, as more than 1,500,000 wildebeest, 200,000 zebra, and 300,000 Thomson’s gazelle join the trek for fresh grazing. Predators follow the migration and sightings of big cats hunting is particularly exciting. Serengeti is one of the world’s oldest ecosystems. Serengeti National Park is one of the only fewer places where you can witness the unaltered natural animal migration in the world. Large herds of grazers that move in pursuit of fresh pastures and water for their survival have made tourists describe it as the greatest wildlife sighting on earth. The large mammal grazers with over one million wildebeest, thousands of zebras and gazelles, move through the Serengeti annually in search of food and breeding grounds 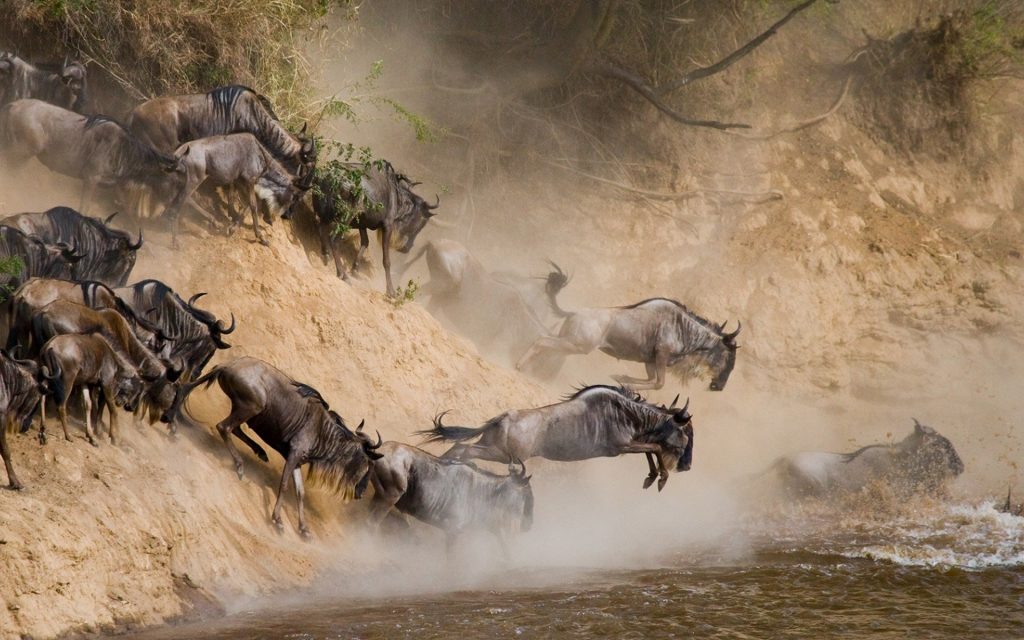 Is the Serengeti safe to visit?

A Safari in Serengeti is very safe in our opinion. Crime within Tanzania’s parks and reserves are very rare. You’ll always need to take normal safety precautions (as you would anywhere) in cities and towns as this is where incidents like petty theft can happen.

How many days do you need to Safari Serengeti?

Serengeti Safaris – The Serengeti has wide plains and a vast diversity of wildlife. At least a full four days on a game drive will allow you to watch and observe the animals without the experience being rushed.

Can you see Kilimanjaro from the Serengeti? 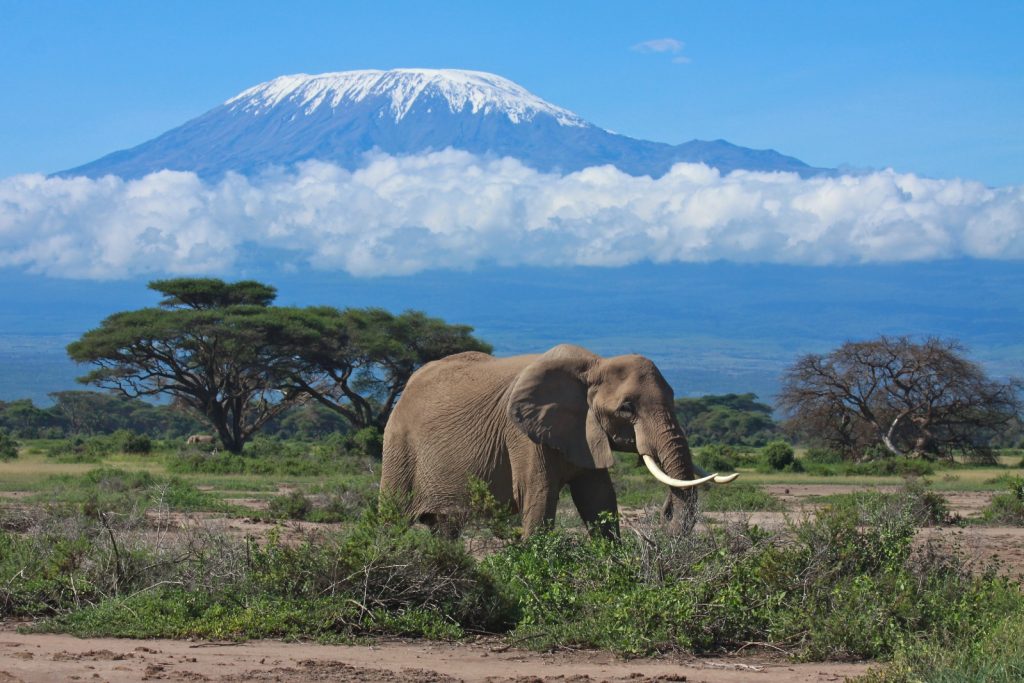 Kilimanjaro rises above the Tsavo

How much does it cost to go on Serengeti Safari?

Is Kenya or Tanzania safari better?

So in general, Tanzania is more affordable while Kenya has a better travel infrastructure. … Kenya has the larger tourism infrastructure and has more lodges to accommodate globetrotters heading on an African safari, so the cost of a safari in Kenya will likely be less than one in Tanzania.

Can you self drive Serengeti?

Can I explore the Serengeti on a self drive safari? Yes, you certainly can! The Serengeti is probably the most rewarding game park in the world. However, it’s also a park best enjoyed when you’ve prepared well in advance.

Basically, there’s no one better than the other here, both Serengeti and Masai Mara are amazing safari destinations. Masai Mara is probably slightly more concentrated (year-long) from a wildlife point-of-view, but Serengeti has mind-blowing vastness

Is Kruger or Serengeti better?

Serengeti is more of an open terrain and is best for viewing lions, while Kruger is denser and is better for viewing elephants. The Kruger is home to the important black rhino; however, this endangered grazer can also be seen from the Ngorongoro Crater to the Serengeti.

How do I book to a budget Serengeti Safari?

Budget Serengeti Safaris are something that everyone should experience at least once a life time. Serengeti Safari offers the chance to let go of the pressures of everyday life and embrace instead the primal call of the wild.

The first step to booking an affordable Serengeti safari is to choose the destination that best suits your budget.