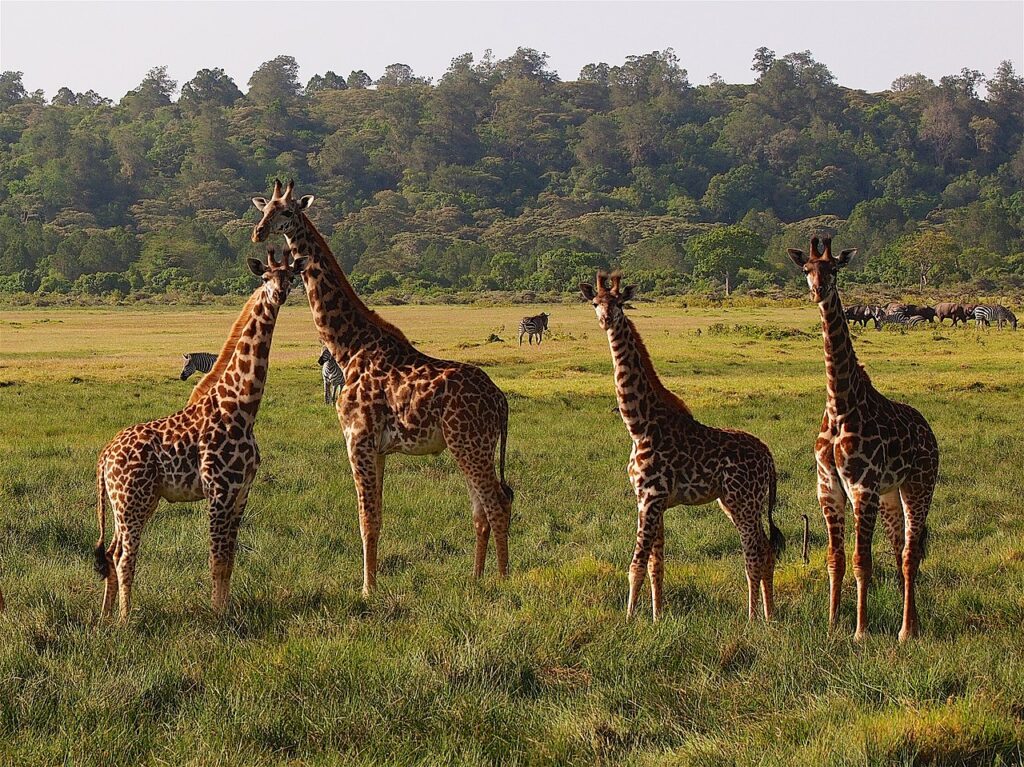 Being very accessible from Arusha town, the park offers great walking and canoeing safaris. Arusha National Park isn’t home to large predators but to Africa’s largest giraffe population. There is also a variety of primates and a number of large herbivores found in the park. Within Arusha National Park is also Mount Meru (4566m) an altitude worth hiking for those who want short hiking trips.

On a visit to the park be ready to encounter the beautiful landscape comprised of Mount Meru, vegetation blended by swamp, grassland, montane, and tropical forest, and a variety of wildlife and flora.

Day 1: Have an early morning breakfast and transfer to Arusha National park for a game drive.

Departing from Arusha town, you will be picked up by a Tanzania Tour guide for an early morning drive to Arusha National Park. Have breakfast before departure or ensure to carry a packed breakfast from the hotel or place of residence.

Board your safari vehicle and embark on the 1.5 hours drive to the park. On arrival at the park, check in and head out to the park for a walking safari with an armed park ranger. After a short walking safari, have a picnic lunch then go for an afternoon game drive.

During the game drive that’s when there is a possibility of seeing the wildlife in the park including buffaloes, giraffes, waterbucks, zebras, and gazelles. Elephants and leopards though are rarely spotted however they are existent in the park.

After a few hours of driving through the park and spotting wildlife, you will be driven back to Arusha town. Drop-off will be at your place of preference within Arusha which should have been earlier communicated. This marks the end of the Arusha National Park Day Trip.