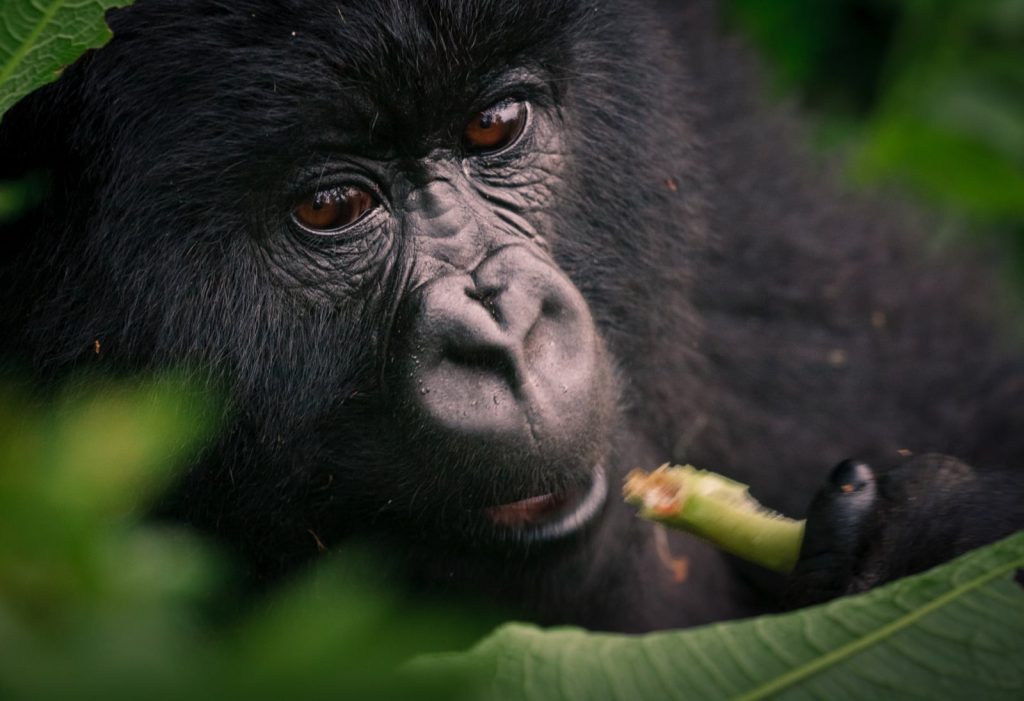 Watching Gorillas in the Mist in Volcanoes National Park, Rwanda

8 Days Wildebeest Migration and Gorilla Trekking Safari Vacation is a well-planned 8 Days Wildebeest Migration and Gorilla Trekking safari package that will grant you an opportunity to explore the untamed African continent, with an incredible safari experience at every destination. 8 Days Kenya Tanzania Rwanda Safari is a unique safari package that suits both wildlife enthusiasts and nature lovers that would like to enjoy our multi-border crossing expedition, which is comprised of several flights to several countries.

On your 8 Days Wildebeest Migration and Gorilla Trekking, we guarantee big game viewing in different countries like Kenya and Tanzania including all the African Big Five. Beyond the uniqueness in a crescendo of emotions and feelings country after country, landscape after landscape, experience after experience, this is the best way to explore the vast African continent.

Speak to one of our Africa Safari Specialists to find out more, and start designing your very own extraordinary journey.

Help Me Plan MY Trip

Named in honor of the Maasai people who call this corner of Africa home, the Mara is world-renowned for its exceptional populations of lion, leopard, cheetah, herds-a-thousand-strong of buffalo, the rare black rhino, and a thriving elephant population. 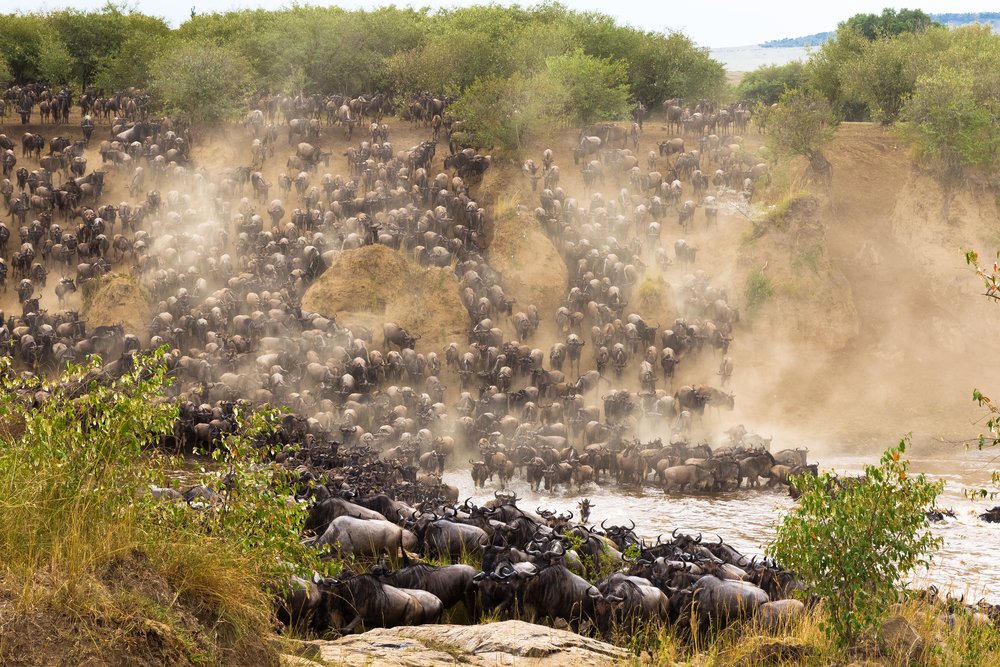 West of the Mara River, beneath the Oloololo escarpment and bordered by Tanzania to the south lies the jewel of this great reserve: the Mara Triangle. Not only is this the most productive part of the entire Serengeti-Mara ecosystem in terms of grass nutrition, but it is also spectacularly scenic. The huge grassy plains are dotted with widely spaced Balanites trees that give the landscape an almost manicured look, which together with the steep-sided escarpment and broad Mara River provides a breath-taking backdrop for wildlife photographers.

Activities included for you while here

Ngorongoro Conservation Area is in northern Tanzania. It’s home to the vast, volcanic Ngorongoro Crater and “big 5” game (elephant, lion, leopard, buffalo, rhino). The Ngorongoro Crater is one of the most densely crowded African wildlife areas in the world and is home to an estimated 30,000 animals including some of Tanzania’s last remaining black rhino. Supported by a year-round water supply and fodder, the Ngorongoro Crater supports a vast variety of animals, which include herds of wildebeest, zebra, buffalo, eland, warthog, hippo, and giant African elephants. Another big draw card to this picturesque national park is its dense population of predators, which include lions, hyenas, jackals, cheetahs, and the ever-elusive leopard, which sometimes requires a trained eye to spot 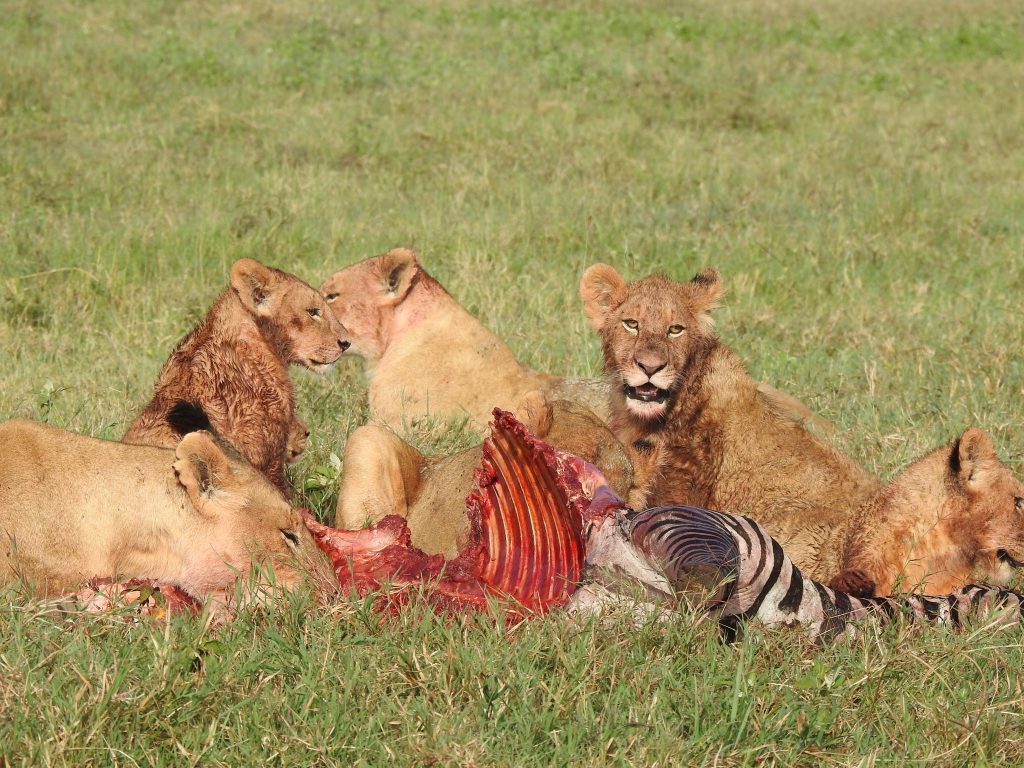 Olduvai gorge is a misspelling of Oldupai, a Maasai word for a wild sisal plant that grows in the area. The gorge is located in the Great Rift Valley, between the Ngorongoro Crater and the Serengeti National Park. It is 30 miles from Laetoli, another fossil-rich area. Olduvai Gorge has formed about 30,000 years ago, the result of aggressive geological activity and streams.

Top highlights and activities included for you while here

“I never knew of a morning in Africa when I woke up and was not happy.” E. E.

Known as “The land of a Thousand Hills”, Rwanda, is a small green gem enclosed in the heart of East Africa and Volcanoes National Park is one of the oldest national parks on the African continent, the National Park is perhaps known as the home of the rare primate species, the mountain gorillas. The park stretches on a total land area of 160 square kilometers that spans on the large rainforest that encompasses five of the eight volcanoes in the Virunga Mountains.  The park harbors the Karisimbi, Bisoke, Muhabura, Gahinga and Sabyinyo.

Activities included for you

End of the 8 Days Wildebeest Migration and Gorilla Trekking Safari

Help Me Plan MY Trip