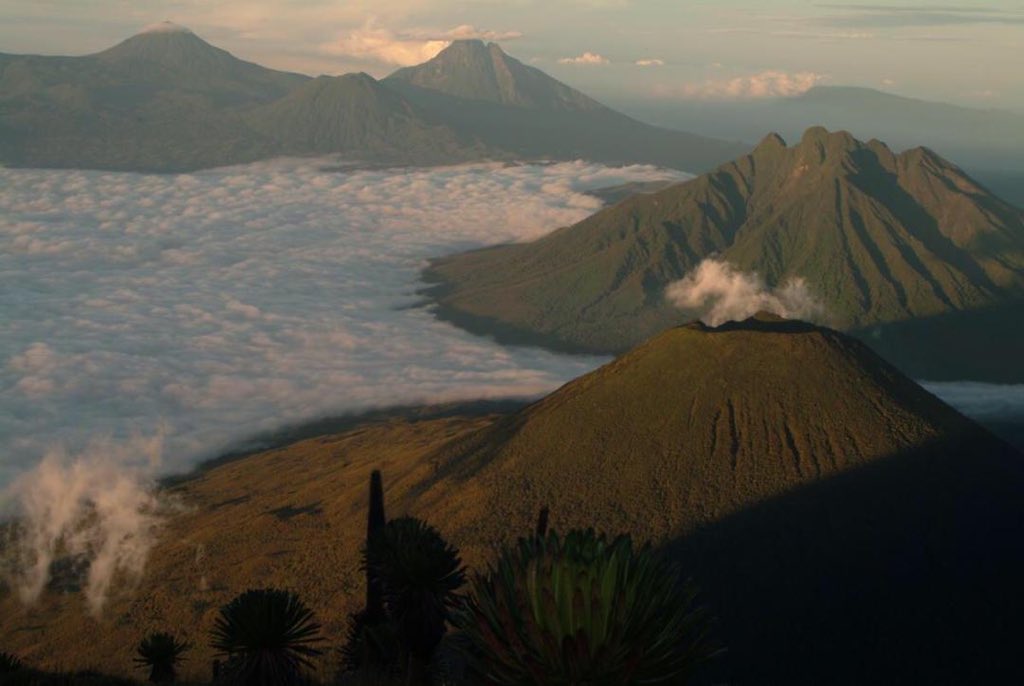 Virunga National Park is located in the Albertine Rift Valley in the Democratic Republic of the Congo’s eastern region. Virunga was established in 1925 and is one of Africa’s earliest protected zones. It ranges in height from 680 m (2,230 ft.) in the Semliki River valley to 5,109 m (16,762 ft.) in the Rwenzori Mountains. It stretches around 300 kilometers (190 miles) from north to south, mostly along the international borders with Uganda and Rwanda in the east. It has a total area of 8,090 km2 (3,120 sq mi) and has been on the List of World Heritage in Danger since 1994. Mount Nyiragongo and Nyamuragira are two active volcanoes in the park. They had a profound impact on the national park’s various ecosystems and animals. More than 3,000 faunal and floral species were identified, with over 300 of them being endemic to the Albertine Rift, including the eastern gorilla (Gorilla Beringei) and golden monkey (Cercopithecus Kandti). Numerous lethal attacks have been carried out by rebel groups, and several park rangers have been slain.

Video on The Virunga National Park

Our Short Congo Gorilla tours are the easiest and shortest way of having a Gorilla trekking safari in Congo. These tours range from 3-4 days and mostly start and end in the neighboring country of Rwanda.

Specifically for tourists who just want to trek Gorillas in Congo we have short tour packages. Here are our sample Short Gorilla trekking itineraries from Goma or Rwanda for both mountain Gorilla trekking and for the Lowland Gorillas. These tours are basically for Gorilla trekking without visits to other destinations.

If you have any questions about this tour destination, contact one of our Destination Specialists to start planning your journey today.

If you have any questions about this tour destination, contact one of our Destination Specialists to start planning your journey today.