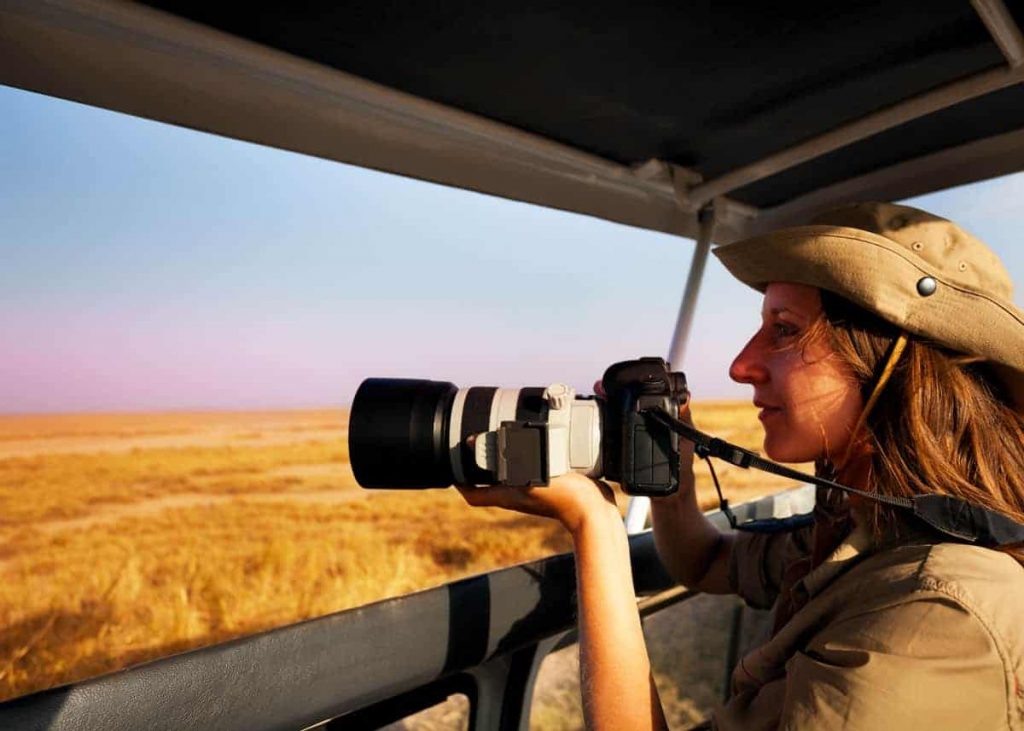 What we’ll cover in this 7 Days Tanzania Safari Itinerary

You will be picked up at the Kilimanjaro International Airport upon your arrival and transferred to your hotel in Arusha town; you will meet your guide who will brief you on your upcoming safari. All the basic information about your safari will be given to you by your safari guide.

In the morning after breakfast, you will be picked up from your hotel by your safari guide, to start your safari to the Tarangire National Park. Bush savannah, seasonal swamps, and giant baobab trees make up the landscape of this nature reserve and the park is absolutely the best place in East Africa to see elephants. Not only they are found in thousands but also they seem to be more accustomed to vehicles, and for this, you can be closer to these gigantic animals. It is not only the elephants rather a varied numbers of animals such as the Masai giraffes, various gazelles, antelopes, buffaloes, lions, leopards, baboons, and more than 500 types of birds make this the one-stop solution for both the bird and the animal lovers. After the game drive, you will leave the park in the late afternoon and drive to the lodge for your overnight stay.

After your tour around the park, you will be transferred to your lodge where you will be spending the night.

Following breakfast, you will spend the whole day on a game drive in the Serengeti National Park have lunch at a picnic spot en route. Depending upon the time of year, you might even have the chance to witness the great migration with hundreds of thousands of wildebeests, zebras, and Thompson gazelles. During the small rainy season in October and November, you will typically see these herds moving from the Kenyan Masai Mara through the northwest of the Serengeti to the plains in the south. After the great rainy season in April, May, and June, the herds slowly travel back through the western and north-western parts of the Serengeti. With fluctuations in rainfall, this timetable can of course change, resulting in the animals migrating during different times and routes. Your guide will try his utmost to find the animals and will make sure that you can see them from the best spot in the national park. Naturally, the migration also attracts predators and with luck, you might see a kill in action. Dinner and overnight at your stated accommodation.

Dawn is a good time to watch wildlife and so you will be up early to join an early morning game drive. You will return to the hotel for breakfast before heading out for another game drive in the park. After a picnic lunch, you will then head to Ngorongoro Conservation Area. While here, you will have a great opportunity to witness the large numbers of wildlife within your proximity. The experience here is absolutely fantastic. You will have dinner at your accommodation in Ngorongoro and an overnight stay.

After breakfast, you will head for an early morning game drive in Ngorongoro Crater, you will reach the rim and then descend into the vast crater itself. At one side there’s the Lerai Forest, a classic mountain forest landscape with almost tropical characteristics. This is good elephant country, so keep your eyes peeled. By the side of the nearby swampland is what is sometimes called the ‘elephant graveyard’ as the mighty male tuskers at the end of their lives come to chew on the soft, swampland grasses once their teeth have failed them.

The crater has a population of around 120 lions, with well-defined territories; 15,000 gnus, 9,000 zebra, 400 hyenas, and around 50 black rhino. Many gnu and other herd animals are resident, benefiting from the many sources of year-round waters and are boosted by some migrators in season. Buffalo, Serval, Jackal, Thomson’s gazelle, and eland are also present in numbers. Hippos can be found in pools and swampland and highland birdlife is colorful and plentiful around the waters. Flamingos can often be seen in Lake Magadi, which occupies part of the crater floor.

Following an early morning breakfast, you will then head to Lake Manyara National Park. The small Lake Manyara National Park is home to over 400 bird species, primate-filled forests, and grassy plains. A large area of the park is covered by the alkaline Lake Manyara, which is home to colonies of flamingos and other water birds. Apart from giraffes, hippos, wildebeests, and impalas on the grassy plains, you might see lions lounging in the trees and elephants feeding on the acacias in the woodlands. While the forest near the lake is filled with noisy troops of blue monkeys, extended baboon families hang around the roads. After the game drive, you will return to Moshi in the late afternoon for departure.