Serengeti Animals (A List of Animals in Serengeti & Photos)

The main reason for traveling to Serengeti National Park is to see Serengeti Animals (wildlife in a vast unspoiled natural environment. We can assure you won’t be disappointed one bit) 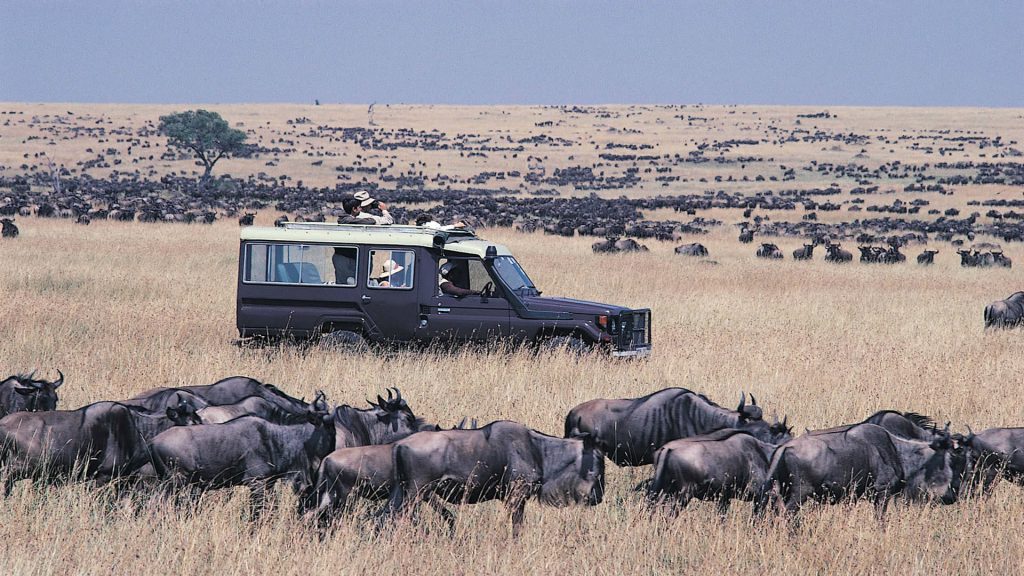 There is a lot to see and learn about in the Serengeti and it is difficult to include all the highlights in terms of wildlife viewing. From the fabled Big 5 of Africa to limitless herds of zebra and wildebeest, hundreds of different bird species, and many smaller critters like the endearing dung beetle.

The Big Five in the Serengeti

The Big Five are the epitome of the African safari experience; witnessing these amazing animals, including the lion, rhino, leopard, elephant, and Cape buffalo, free to wander in their natural habitat is an unforgettable experience. However, you might be curious as to why those particular species are included in the Big Five. A giraffe is quite large, too. An interesting tidbit is that the moniker “Big Five” was not originated from the size of the animals; rather, big game hunters came up with it. These creatures proved to be the most challenging to hunt, largely because of how fierce they become when trapped.

It’s a good thing the Serengeti’s Big Five can now only be “shot” by the camera. You can cross the Big Five off your list with the aid of your guide and tracker. (And while we’re at it, don’t forget that other animals, like giraffes or hippos, are equally exciting to see.)

King of the African savannah, a sighting of a pride of lions in their natural environment will be with you forever. The Serengeti is home to some extraordinarily enormous prides of lions, and they are fairly simple to see. This is fantastic news for you. Because lions are very social animals, they live in prides. The females in a group hunt more than the males, but most will cheerfully scavenge if given the option because sleeping under a tree is their favorite hobby, which they enjoy doing for roughly 20 hours a day! 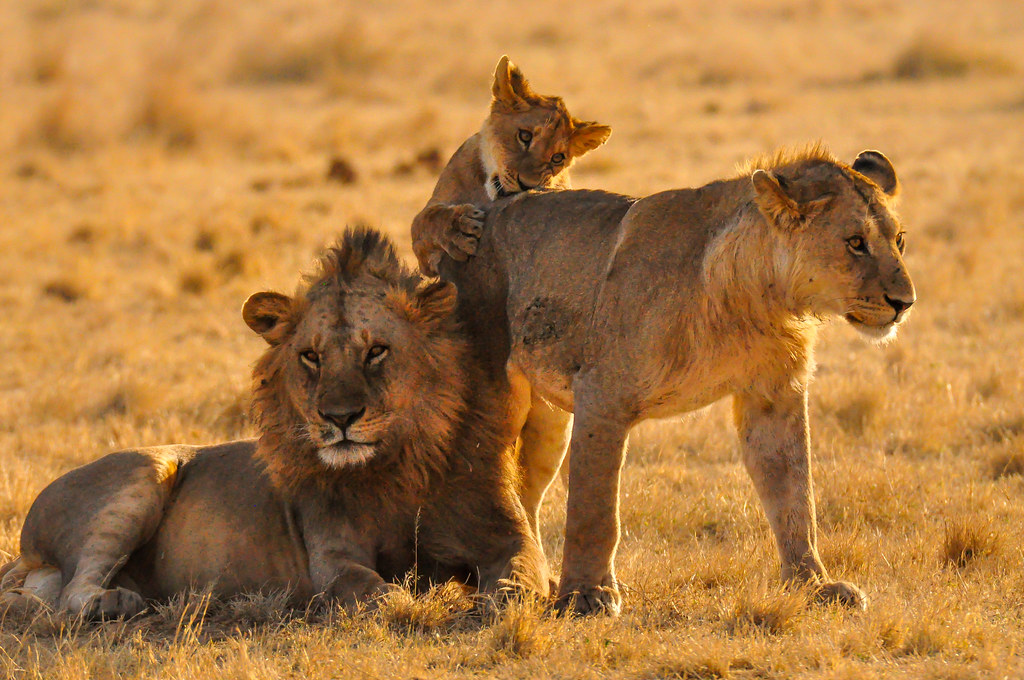 They have a magnificent coat—the leopard also referred to as “The Prince of Darkness”—and stride with graceful elegance. Of the Big Five, this one is the shyest and most elusive. Leopards are great at hiding and seeking because they can blend in flawlessly if they don’t want to be seen. The leopard that you will most frequently see in the Serengeti is dozing off on a branch of a tree. They prefer to hang out on the sausage tree’s huge branches. Never neglect to glance up because a leopard may be eating lunch in a tree at a height where lions and other predators cannot reach him. 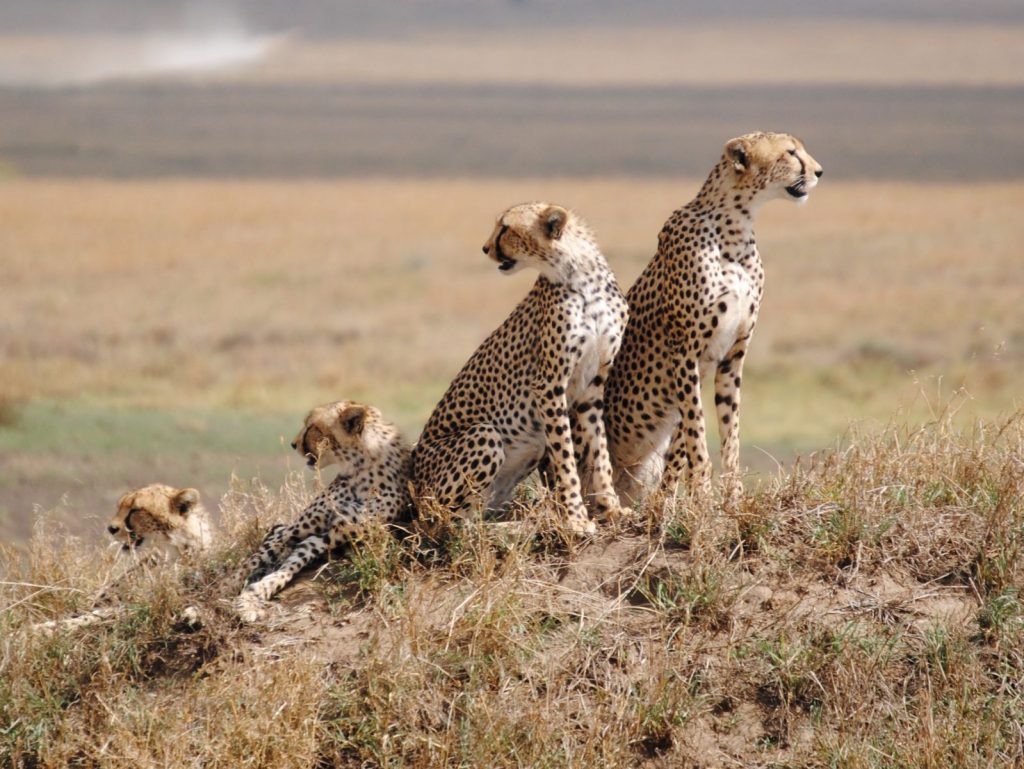 The buffalo is not at all the lazy bush cow you may assume; rather, it is one of the most deadly creatures in Africa with few natural predators. Lions may attempt to attack a calf, but they will probably pay a price later when the herd exacts its vengeance. Buffalo frequently hang out near waterholes since they must drink every day. Although they have a reputation for having nasty tempers, especially when hurt, their knowing gaze—which one novelist famously put this way: “They look at you like you owe them money”—makes them fascinating to see. Buffalo are abundant in the Serengeti; there is a strong possibility you may witness herds of at least 1,000 of these fascinating creatures. 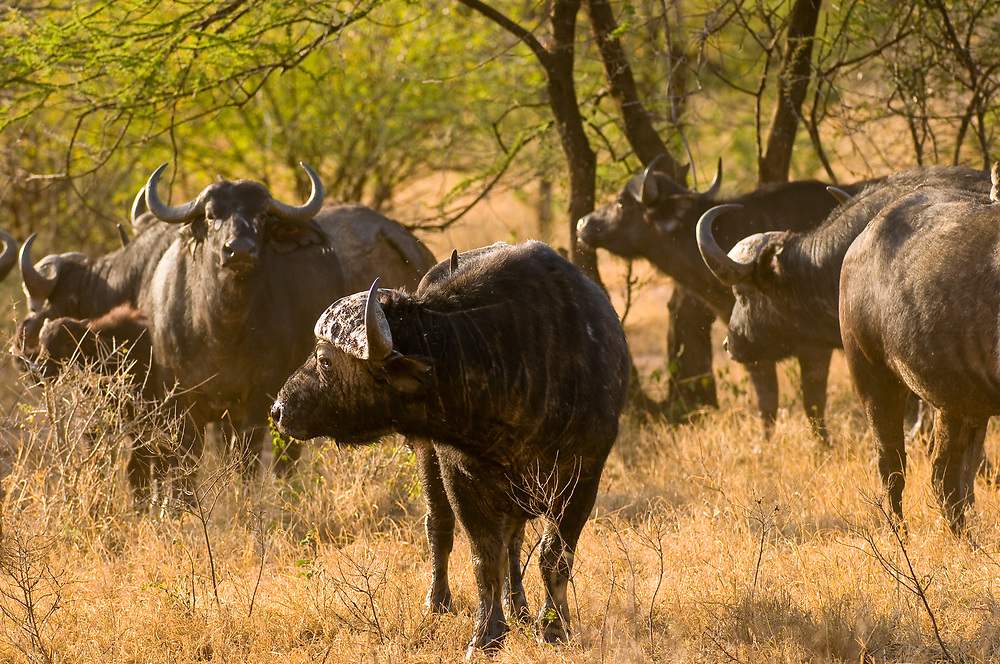 The largest land animal in the world, witnessing one in its natural environment is quite amazing. These grey giants traverse the plains and vanish into the forests of the Serengeti. Elephant females live in close-knit clans, and relationships within the family might survive for 50 years. After 12 years, males frequently quit the tribe to roam alone or form bachelor herds. Elephants frequently stop by nearby waterholes near resorts. When left alone, elephants are gentle, but if one senses danger, move aside. There is nothing more terrifying than being pursued by a beast that weighs 7,000 kg and makes a loud trumpeting noise. 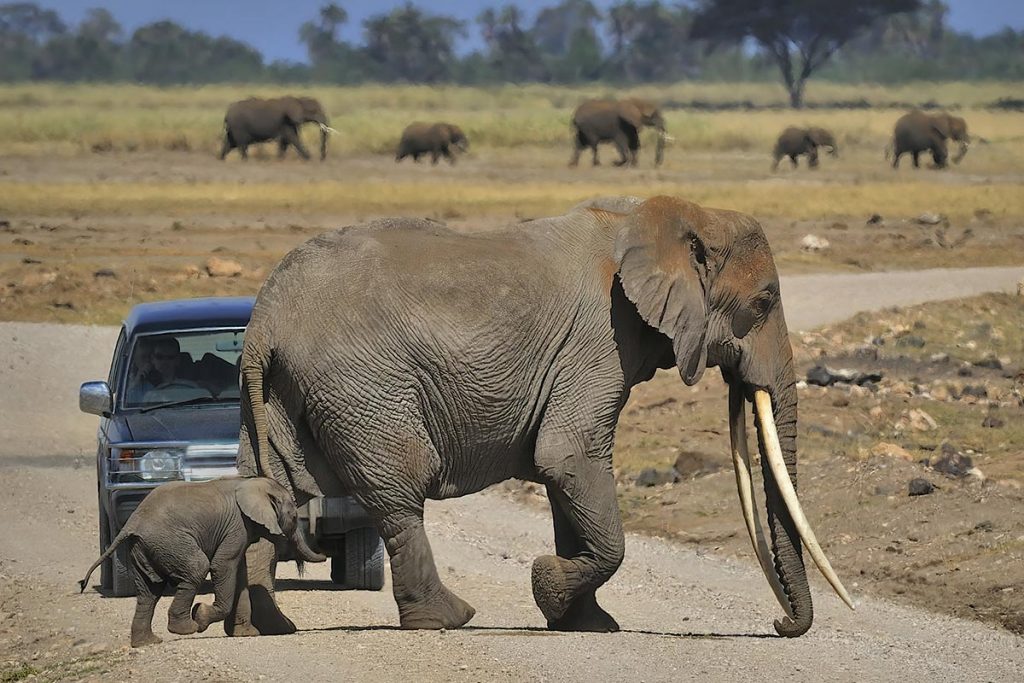 With a weight of 2,500 kilograms, the rhino was a heavyweight in prehistoric times. The black and white rhino are the two species of rhino found in Africa. The white rhino is not white, as one might anticipate, but rather grey like the others. Due to early Dutch immigrants using the word “wijd” (wide), which refers to its large lips, the name “white” was misunderstood. Unfortunately, a rhino’s horn is more valuable than all of the gold in the world. Poaching has significantly reduced the rhino population in the Serengeti habitat over the past few decades—from 1,000 to less than 70 animals. The rhino is one of the most difficult creatures to see in Serengeti National Park because the female gives birth only once every five years. However, if you have a knowledgeable guide on your side, you might have luck. 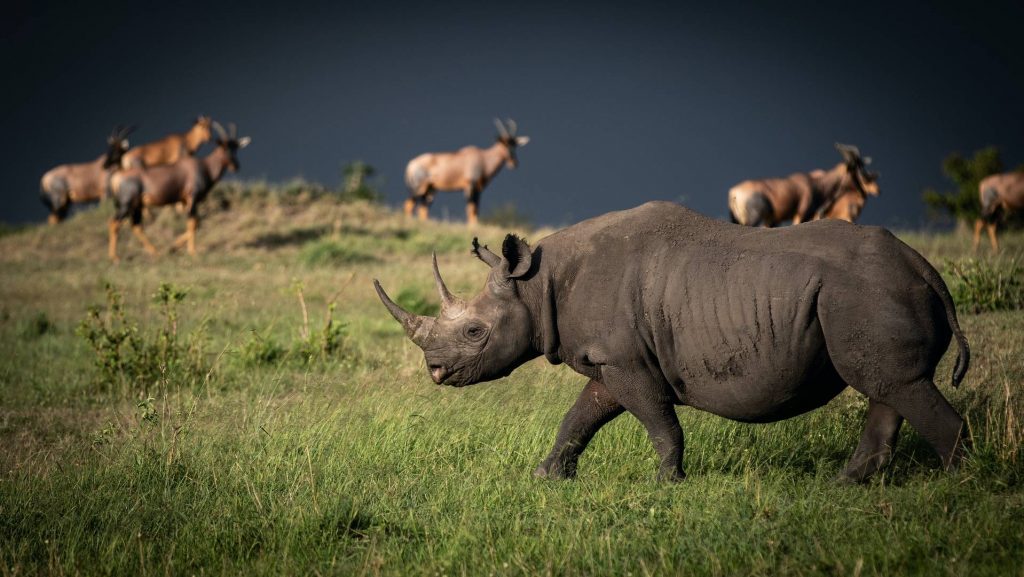 Other wildlife Animals in the Serengeti

Because it is a special place of transition, the Serengeti is home to a wide range of wildlife. A wide variety of species and ecosystems may be found throughout the park as a result of the noticeable transition from the rich flat soils in the south to the poor hilly soils in the north.

The riverine woodlands are a special habitat and a favorite hangout for hippos and crocodiles. Long-neck giraffes and numerous other ungulates (creatures with hooves), including eland, zebra, topi, kongoni, impala, and Grant’s gazelle, are additional common animals. As previously said, all three huge cats are visible. Lions are common and frequently seen hunting prey. In contrast to leopards, which are typically seen relaxing in one of the large trees along the Seronera River, cheetahs are quite frequent on the southeastern plains. Wild dogs are sadly uncommon, although hyenas are frequently seen. Learn more about various animal species.

Always on the fly: birdlife in Serengeti National Park

There’s a considerable chance that after seeing the Serengeti, even if you’re not naturally interested in birds, you will become one. This is a birding paradise with more than 500 different species of birds documented. The majority of guides will be happy to point out all the unusual species in this region, such as the Fischer’s Lovebird with its vivid green and yellow coloring or the Kuri bustard with its remarkable white beard. The Serengeti-Mara ecosystem has five bird species that are unique to Africa, half of which are restricted to the Tanzanian side of the ecosystem. It is also one of Africa’s Endemic Bird Areas (an area crucial for habitat-based bird conservation). Learn more about the Serengeti’s birds.