African Tribes, Culture & Traditions (and our top pick of Cultural Tours in Africa). Find out more about the most fascinating African tribes and traditional African cultures in this post, along with recommended cultural tours in Africa. 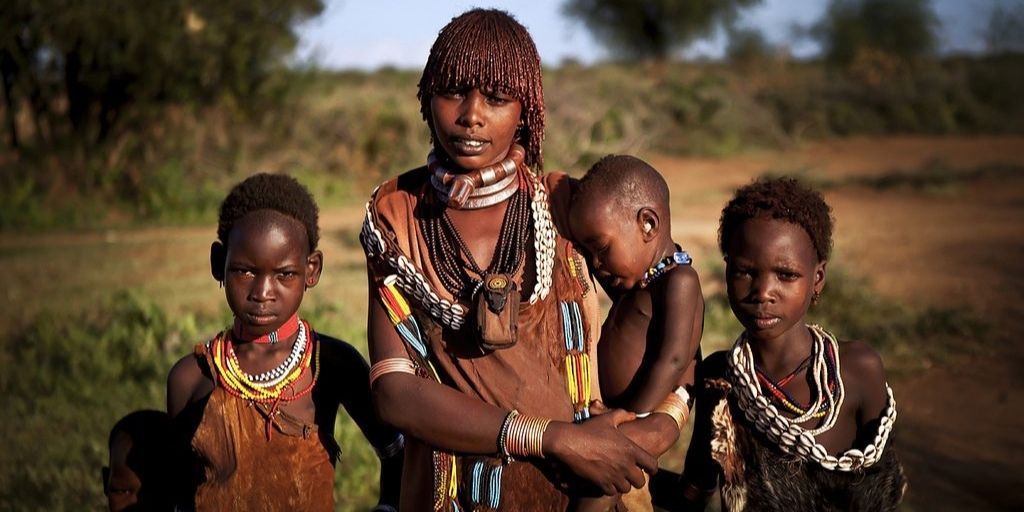 African culture is incredibly diverse, with fascinating tribes and customs. (Mainly due to Africa being such a vast continent). In this article, you can learn more about the most intriguing African tribes and traditional African cultures, as well as about the best cultural tours in Africa.

Over 50 separate nations make up the continent of Africa, which is home to 16% of the world’s population. More than 1.2 billion persons are implied by that. While it is simple to generalize and refer to “African people,” the truth is that there are more than 3000 distinct African tribes spread across these 54 distinct nations!

The constitution of South Africa, which recognizes all 11 official languages as legal tongues, maybe the best example of how diverse that country is.

The Maasai of Kenya and Tanzania

The Great Plains and savannahs of Africa are represented by the red-clad Maasai of Kenya and Tanzania. They are legendary warriors and pastoralists who inhabited East Africa’s wilderness for centuries. The first Maasai, Maasinta, was given cattle by Ngai, the sky god, who brought them down to earth on a leather thong. Since then, cattle have been revered and are valued only second to their offspring. In fact, a large herd and a large family are the hallmarks of a truly prosperous Maasai.

The savannah territory that now comprises the well-known national parks of Ngorongoro, Amboseli, Serengeti, the Masai Mara, and Tsavo was formerly the Maasai people’s home range.

The Maasai have strived to maintain their way of life in spite of the constraints of the modern world, and as a result, any east African safari is filled with colorful Maasai, herding their cattle, strolling down highways, or dancing the adumu.

Maasai of Kenya and Tanzania

Some of the most well-known Maasai customs include the jumping dance, wearing vibrant shuka, spitting, and drinking blood. The jumping dance known as the Adamu is done as part of the initiation ceremony just before young males become men. Male partners compete in pairs to see who can leap the highest while music plays in the background. The rite is carried out as part of the celebration when the lads become eligible bachelors to display prowess and fitness. The best bride is attracted to the jumper.

Shuka is the name of the colorful garment worn by the Maasai. Red, which is regarded as a sacred color and symbolizes blood, serves as the foundation color for all shuka. Along with these advantages, it safeguards the Maasai from wild animals. Blue represents the sky, which brings the rainfall for the cattle, while orange stands for warmth, camaraderie, and hospitality. Yellow is for fertility and growth, while green is for sustenance and production. The Maasai are particularly noticeable in East Africa thanks to their colorful African attire worn collectively.

Yes, the Maasai are hematophagous, which means that they consume blood as food. It is strange because, despite drinking cow’s blood, which is frequently combined with milk, they do not eat wild animals and only occasionally eat beef. Because the Maasai value their livestock, the act of shedding blood doesn’t affect the Maasai’s companion animals in the long run.

Meet the Maasai Tribes of East Africa in Kenya and Tanzania…

The Samburu of Northern Kenya

The pastoralist Samburu tribe lives in the vast plains of the Samburu region in north-central Kenya. They are believed to have migrated south from the Nile region of North Africa and are closely connected to the Maasai people of Kenya.

In common with the Maasai, the Samburu people speak a dialect of the Maa language. The Samburu, however, is said to be even more isolated because the area they live in is dry and barren and hence can support fewerlife.

The Samburu are pastoralists who mostly maintain cattle but also keep other animals including goats, lambs, and even camels. This African tribe has a nomadic history due to the dry terrain they live in.

Much of the violence in their ever-shrinking range is brought on by their constant search for new pastures for their cattle. Like the Maasai, the Samburu diet consists primarily of milk and animal blood, and eating is only done on exceptional occasions. 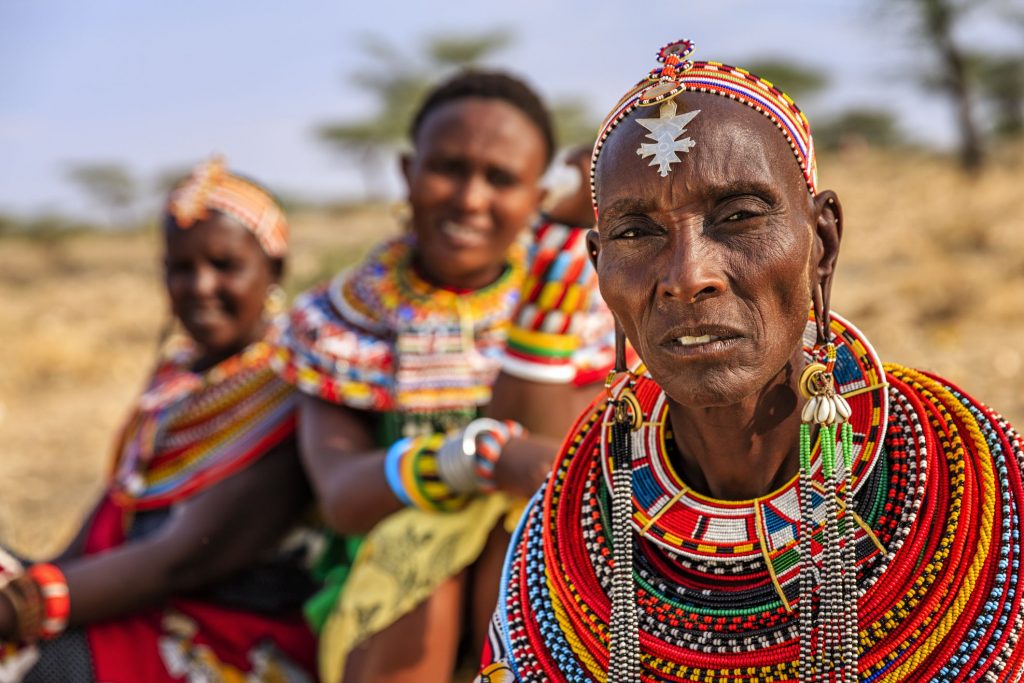 The Samburu are well known for their distinctive social structure and colorful clothes. The males dress in bracelets, anklets, and necklaces while donning pink or black clothing that resembles a Scottish kilt.

Long braids are common among the warrior age group or Moran. On the other hand, the women keep their heads shaven and dress in two garments—one around the waist and the other around the chest. The ladies frequently wear blue or purple clothing, and they further beautify themselves by painting their bodies with ochre in a style resembling the Himba of Namibia.

However, the gerontocracy of the Samburu is what makes them unique. A societal system known as a gerontocracy is one in which only the elderly, who make all the choices, are in charge. The leaders are the oldest people in the group, and they have the last say in all decisions as well as the authority to curse less experienced tribal members. The Samburu, a very devout African tribe, derive all of their strength from their god Nakai. The elders, who are in charge of maintaining law and order, are pious and heed his instructions in everything.

Visits to the Samburu are distinctive and fascinating since they are one of the few African tribes that continue to practice their ancient traditions and rituals.

Visit the Samburu in this isolated tribe in northern Kenya to learn about their traditions.