How many mountain gorillas are left in the world?

A specie once on the brink of extinction is now steadily increasing in numbers. The latest concluded census of the world mountain Gorilla population was in December 2018 with news released on the 16th of December 2019.

‘Exciting’ – The Total World Population of Mountain Gorillas as of 2019 is estimated to have increased to 1063 individuals following the 2018 census in the Bwindi forest and Sarambwe nature reserve ecosystem. 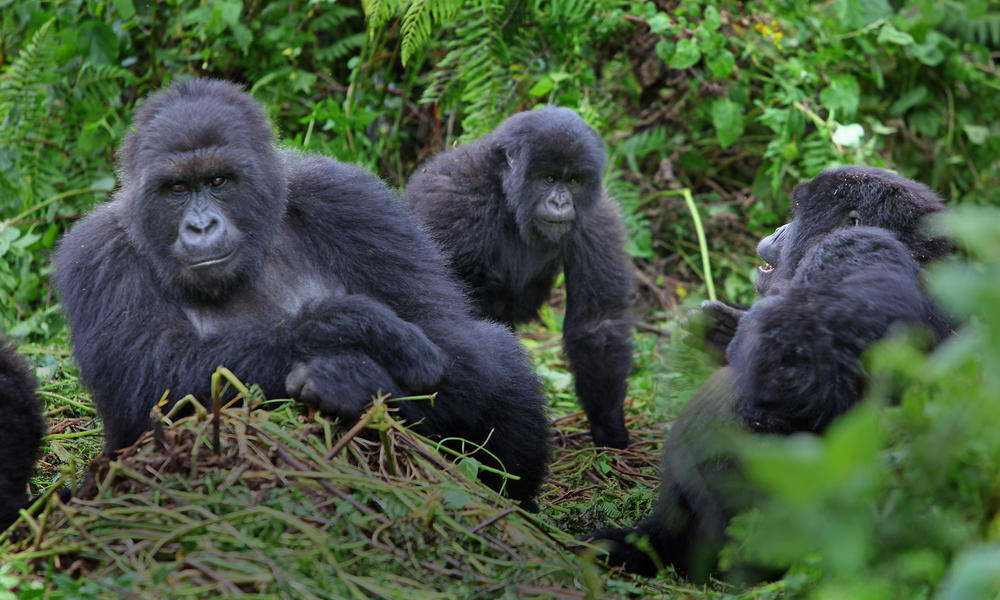 The Greater Virunga Transboundary Collaboration (GVTC) through Uganda’s ministry of Tourism Wildlife and Antiquities released the results from the recent survey that documented 459 mountain gorillas (Gorilla beringei beringei) in the Bwindi-Sarambwe ecosystem.

This is the largest population of mountain gorillas that has ever been recorded in these two habitats of the endangered great apes and the first to include the Sarambwe Nature Reserve.

The research area covered 340 square Kilometers encompassing the Bwindi Impenetrable National Park of Uganda and the Sarambwe Nature Reserve of the Democratic Republic of Congo.

During the census, 459 individual gorillas were found in 50 groups and 13 solitary individuals.

2011 was when the Bwindi Mountain Gorilla population census was conducted before and 400 individuals were found there in 36 groups and 16 solitary individuals.

To have the process successful, the survey was conducted by the Protected Area Authorities of Uganda and the Democratic Republic of Congo which is the Uganda Wildlife Authority as well as the Institute Congolais pour la Conservation de la Nature respectively.

This was under the Greater Virunga Transboundary Collaboration and support from donors and partners.

How the 2018 Bwindi – Sarambwe Mountain Gorilla population census was done

The Mountain gorilla survey is a process that is tiresome and full of determination. If you are wondering, how the Gorilla population census was done, here is what it looked like;

Before setting off for the survey, individuals from the three countries where Mountain Gorillas inhabit including trackers, researchers, veterinarians, and others underwent training on technical skills, collecting samples, and using GPS. They were later divided into 12 teams with 6 visiting the forest at a time. 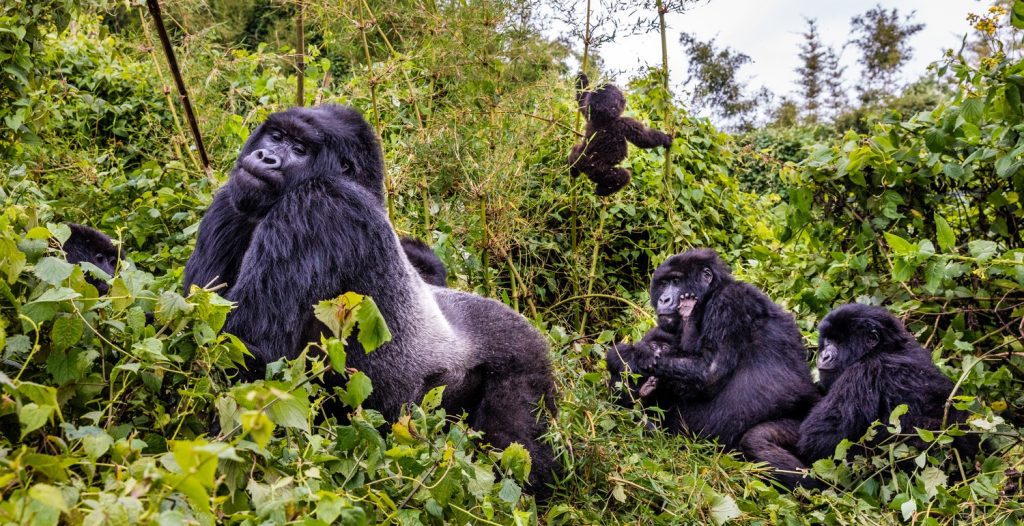 The groups were later divided into 3 groups with each camping in different parts of the forest for two weeks walking along pre-planned routes each day to search for signs of gorillas especially nest signs and collecting fecal samples for DNA analysis that would provide clear gorilla identification.

Survey teams walked pre-determined reconnaissance trails ensuring a thorough coverage of all the forest areas to sweep the Bwindi-Sarambwe ecosystem to search for signs of gorillas, other key mammals as well as human activities. During the survey, when gorilla signs were detected, the teams collected fecal samples from nests.

The Bwindi-Sarambwe census process was completed twice in 2018 and this was first from March to May 2018 in a period of 62 days and then secondly from October to December 2018 for 60 days.

The survey was done twice to ensure no gorilla goes undetected and therefore derive more reliable numbers. After fecal sample collections, these were analyzed genetically to determine individual genotypes.

Thanks to the conservation efforts from the different partners, the mountain gorillas are recovering from a brink of extinction with an increase in the population to 1063 individuals.

With this census and the recent several births in the Bwindi forest, there’s no better time for Uganda gorilla safaris than now. To have an experience with these great apes that were gifted to this nation, contact Kabira Uganda Safaris for all bookings and arrangements at affordable prices on either long or short Uganda gorilla safaris.

Plan to have a Gorilla safari either on a short or long trip tailored with other activities. Here are our well-planned itineraries that you can choose from and as well tailor to a Kenya safari or Tanzania wildlife safari.