Where is Rwanda; Location, Map, and Facts | Country Profile

Where is Rwanda? Rwanda is situated in the eastern-central region of the continent of Africa. Rwanda’s international borders are shared with the Democratic Republic of the Congo in the west, Burundi in the south, Tanzania in the east, and Uganda in the north, according to a map of Rwanda. Rwanda is a landlocked republic. 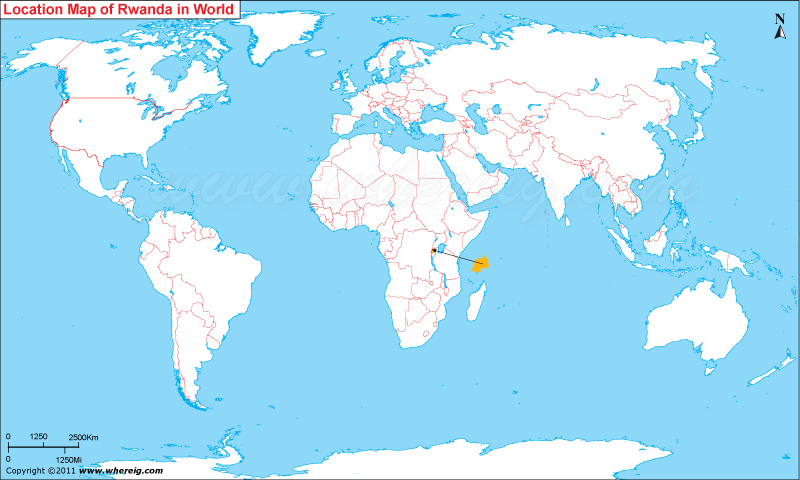 Map showing where is Rwanda located in the World.

Despite being a landlocked nation, Rwanda is surrounded by a number of lakes. The country has a temperate climate with two dry seasons and two rainy seasons each year. Kigali serves as both the administrative and inhabited center of the country.

Rwanda has a presidential system of government, meaning that the President has broad authority and that the Parliament has little overall control over policy. The national economy of Rwanda is heavily dependent on the country’s limited natural resources, particularly on subsistence farming. The two most important exportable cash crops are coffee and tea. Additionally, tourism is a rapidly expanding industry that now generates the most foreign exchange for the nation. The tracking of mountain gorillas is the tourist activity that is most fascinating.