Ruaha National Park is part of the large 45,000 square kilometers that cover the Rungwa_Kizigo and Muhesi ecosystem which includes the Rungwa Game Reserve, the Kizigo, and the Muhesi Game Reserves, and the Mbomipia Wildlife Management Area.

Ruaha National Park derives its name from the Great Ruaha River which flows along the southeastern margins and has been the main focus of game viewing in the Park. The Great Ruaha River serves as the lifeline of Ruaha Park it provides the water that is required to sustain the large numbers of wildlife in Ruaha Park. On a Tanzania wildlife safari ensure to have your game drive around this area in order to spot thousands of animals. 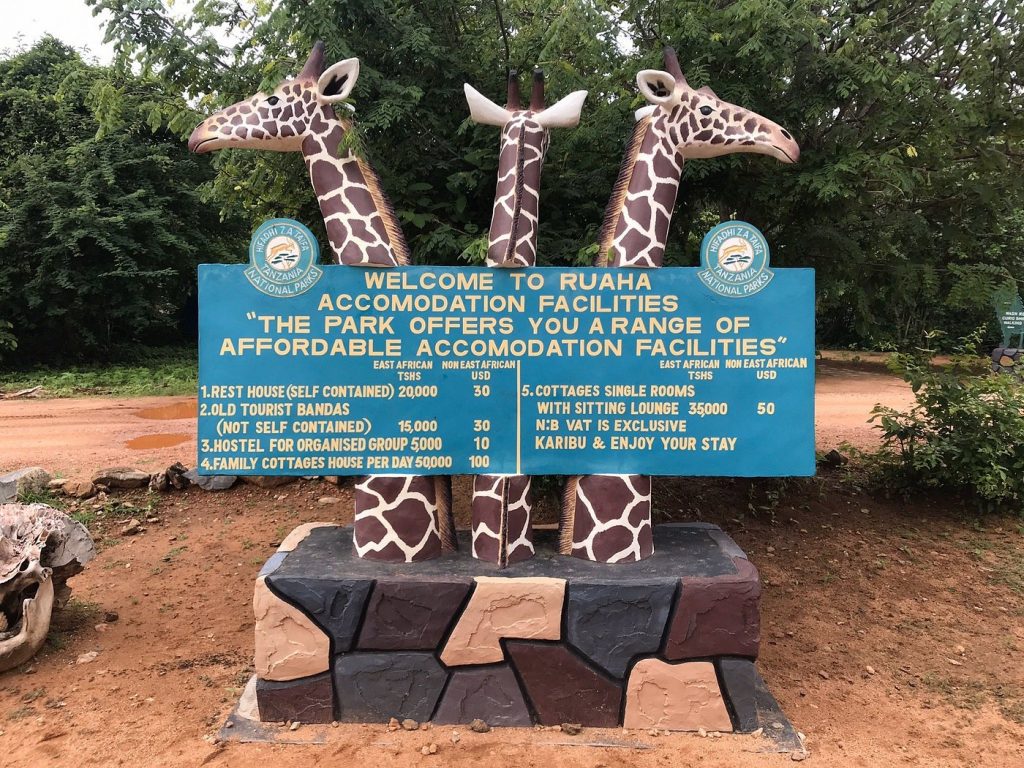 Despite Ruaha National Park leading in size and being rich in wildlife, it appears as one of the least visited and nun busy parks in the country. The relative inaccessibility of the Park has been the main contributor to fewer tourists in the region with its topography having rocky escarpments and the baobab studded hills, a safari here offers a great feel of the remoteness and it is exclusive.

Ruaha National Park is renowned for its predator sightings. The various types of research that were carried out have shown that Ruaha Park is home to a whopping 10% of Africa’s lion population, with the large pride that normally has more than 20 members. 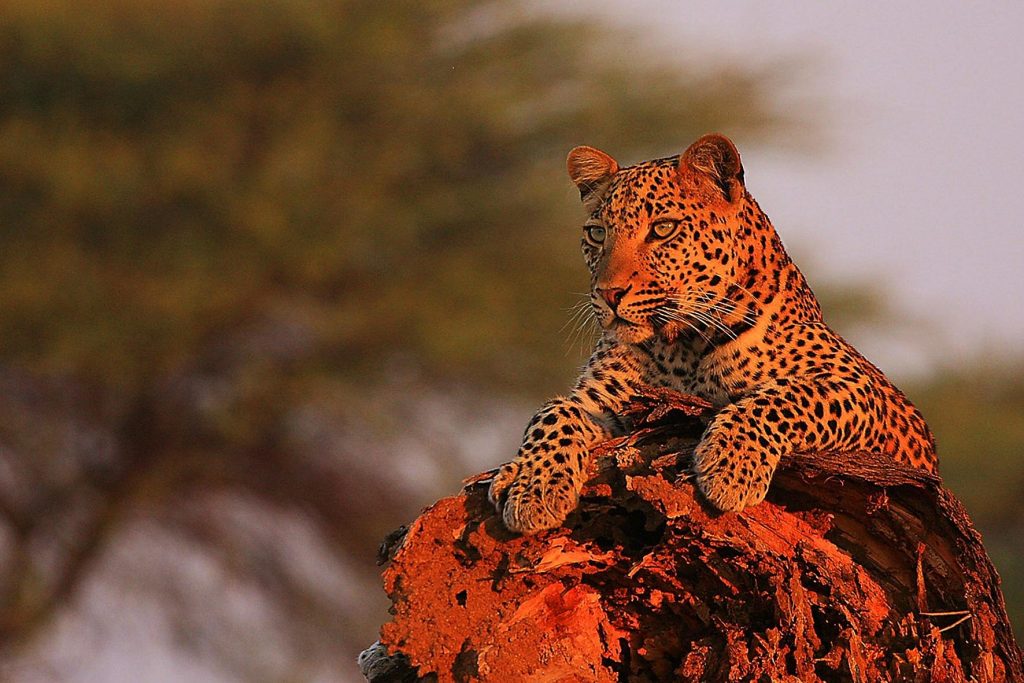 Ruaha National Park also protects one of the only four East African Cheetah populations with more than 200 adults and also boasts the endangered African Wild dog, with it having the world’s third-largest population.

The other most spotted include the leopards, spotted hyenas, jackals, and bat-eared foxes. The fact that Ruaha Park is home to large numbers of predators necessitates what to feed on and the Park has since offered a variety from which predators to choose. Ruaha National Park is a great home to grazer mammals.

The Park habituates a variety of Antelope species in abundance including the waterbuck, kudu, roan, and the sable. Ruaha Park is also home to the largest elephant population in Tanzania, with over 10,000 of elephants seen roaming freely across the vast expanses of land in the park. The aquatic life including the hippos and the Nile crocodile has a perfect habitat and remarkably flourish in the Great Ruaha River, a main source of water to the park.

Despite large numbers of animals in Ruaha National Park, the park also habituates great numbers of birdlife, with more than 570 birds spotted in the park.

The rainy seasons are generally rewarding for bird watching in Ruaha National Park, with the park during this season welcoming large numbers of migrant bird species from Europe, Asia, and North Africa.

On your safari to Ruaha National Park, birds can be observed so easily even on your safari driving a car you can still view birds.

The exciting mix of species from both southern and East Africa live here. The exciting endemics like the yellow collared lovebird, the ashy starling, and the Tanzanian red-billed hornbill can be viewed in the park. The raptors occur in abundance, and the park is a specialist in vultures.

Ruaha National Park is home to about six species of vultures including the critically endangered hooded, white-backed, white-headed, and Ruppell’s vultures.

The rising water levels of water during the rainy seasons in the Usangu Wetlands and the Great Ruaha River attract large numbers of water birds which usually include the large flocks of white and Abdim’s storks.

The other birds in the park include the birds of prey which include the sooty falcons, Eleonora’s falcons, Amuru falcons, and Eurasian hobbies that appear at a time in the year when the resident birds start sporting their breeding plumage.

Therefore, be it for wildlife viewing or bird watching, Ruaha National Park is an ideal Tanzania safari destination. The park can also be tailored with other southern circuit safari parks, northern circuit parks, or even with trips beyond Tanzania.