Selous Game Reserve is renowned for being larger than Switzerland and remarkably four times bigger than the popular Serengeti National Park which tops Tanzania safari itineraries. Selous Game Reserve was designated a UNESCO World Heritage Site in 1982 because of its diversity of wildlife and undisturbed nature. 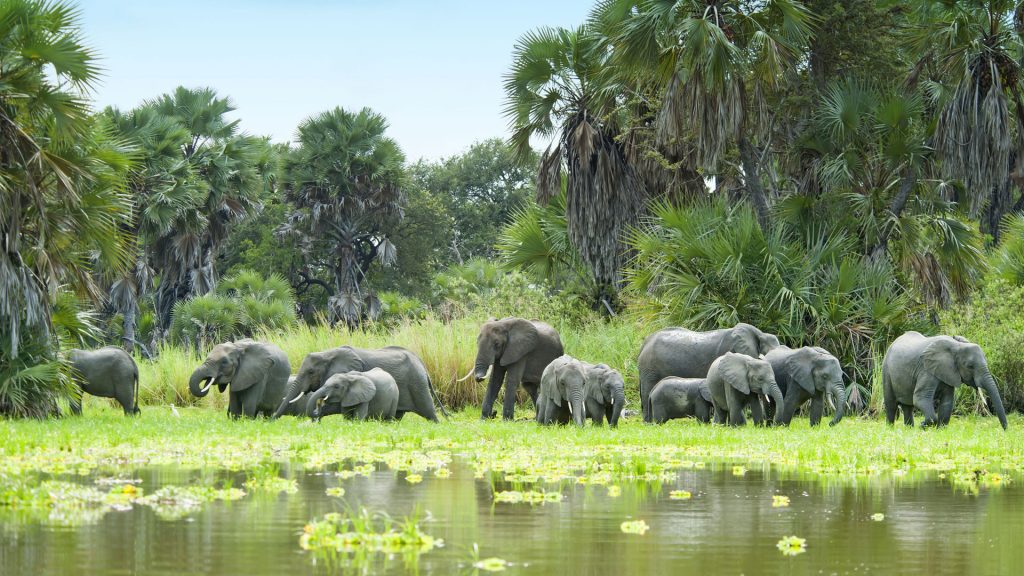 Nyerere National Park has a high exceptional variety of vegetation that is varied within the Reserve including the open grasslands, riverine forests and swamps, and the Miombo woodland which are great habitats of wildlife. The Reserve has the highest densities and diversity of wildlife species than any other Miombo woodland area with more than 2,100 known plant species existing in the Reserve though many more other undescribed still exist in the remote forests in the south.

The iconic Selous Game Reserve is one of the favorite places for wildlife viewing with the Reserve habituating rivers and lakes that serve as the lifeblood of the Reserve. The Great River Rufiji, the biggest River in Tanzania flows through the Game Reserve making an extensive network of swamps, water channels, and lakes. A safari here will create memories that last for a lifetime.

Selous Game Reserve is a home to the protected large mammal fauna with the reserve habituating a significant population of African elephants with more than 106,300 elephants, and also includes one of the world’s largest known population of the hippopotamus of about 18,200.

Selouse Game Reserve is a home to black rhinos and the wild hunting dogs. The wildlife in the Reserve is further spiced by the ungulates which include the sable antelopes, Lichtenstein’s hartebeest, greater kudu and the Nyassa wildebeest, with large numbers of crocodiles, lions, zebra, impala, leopards, buffalo and large herds of giraffe that often drink from the lakes during the heart of the afternoon.

During the dry seasons, large herds of animals crowd in the shores of the Great River Rufiji which serves as a blood line of the reserve. The most spotted animals here in dry seasons include the elephants and the antelopes.

Boat rides in the Selous

The Great River Rufiji is also often visited by many travellers for its popular thrilling boat rides during Tanzania safaris. However, it also offers a great chance to experience the beautiful scenery of the river that splits the Reserve into two major sections that is the northern section that is affiliated with photographic safaris in Tanzania and the southern section that is more famous for hunting blocks.

Selous Game Reserve (Nyerere National Park) is further spiced with a variety of birdlife and the Reserve habituates over 400 different bird species including the rare pel’s fishing owl and these can be seen at the shores of The Great River Rufiji and the lake shores. Large numbers of birdlife tend to flock the Reserve between the month of December and April and thus recommended as the best time for birding activities in Selous Game Reserve.

The Selous Reserve is one of the scenic destinations to visit in Tanzania and a perfect destination to include in your itinerary.

10 Days Tanzania lodge Safari is one of our amazing long Tanzania luxury safari packages offering a visit to the most interesting wildlife viewing destinations in Tanzania.