Our Complete Guide to Gombe National Park Tanzania is all you need to know about this beautiful park. here we give you the latest information on the attractions, activities, best time, location and accommodation facilities around the park.

We also go ahead to show you how to best plan your safari as well as offer you sample packages with a free quote to help you plan your Classic Safari – Chimpanzee tracking, and other primate species to Gombe National Park. Gombe National Park, also known as Gombe Stream National Park, is located in the western Kigoma Region, Tanzania, 10 miles (20 km) north of Kigoma, the capital of the Kigoma Region. Established in 1968, Gombe National Park is one of the smallest national parks in Tanzania, with only 13.5 square miles (35 km2) of protected land along the hills of the eastern shore of Lake Tanganyika. The terrain is distinguished by steep valleys, and the forest vegetation ranges from grassland to woodland to tropical rainforest. Accessible only by boat, the park is most famous as the location where Jane Goodall pioneered her behavioral research conducted on chimpanzee populations. The Kasekela chimpanzee community, featured in several books and documentaries, lives in Gombe National Park. 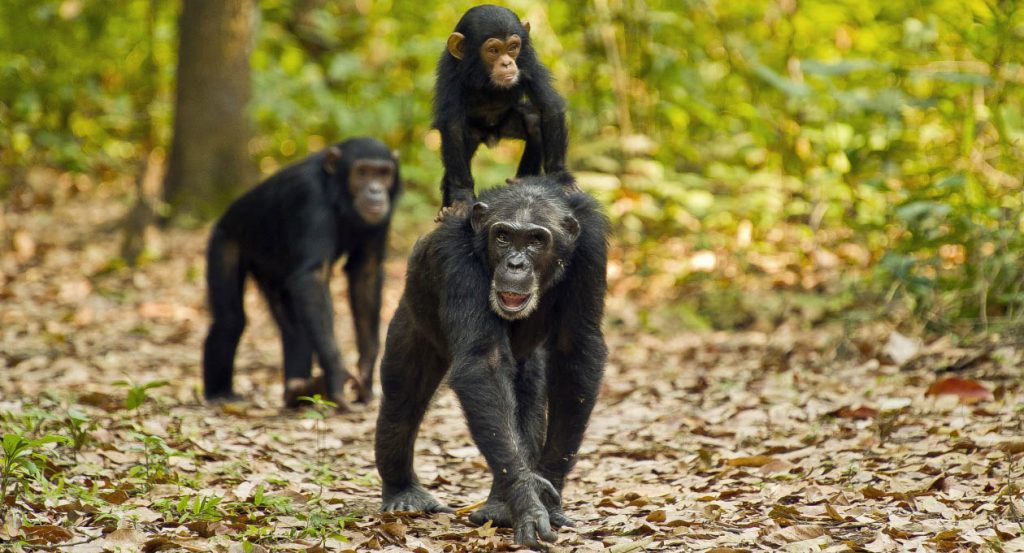 Gombe’s high levels of diversity make it an increasingly popular tourist destination. Besides chimpanzees, primates inhabiting Gombe include beachcomber olive baboons, red colobus, red-tailed monkeys, blue monkeys, and vervet monkeys. Red-tailed monkeys and blue monkeys have also been known to hybridize in the area. The park is also home to over 200 bird species and bushpigs. There are also many species of snakes, and occasional hippopotami and leopards. Visitors to the park can trek into the forest to view the chimpanzees, as well as swim and snorkel in Lake Tanganyika with almost 100 kinds of colorful cichlid fish.