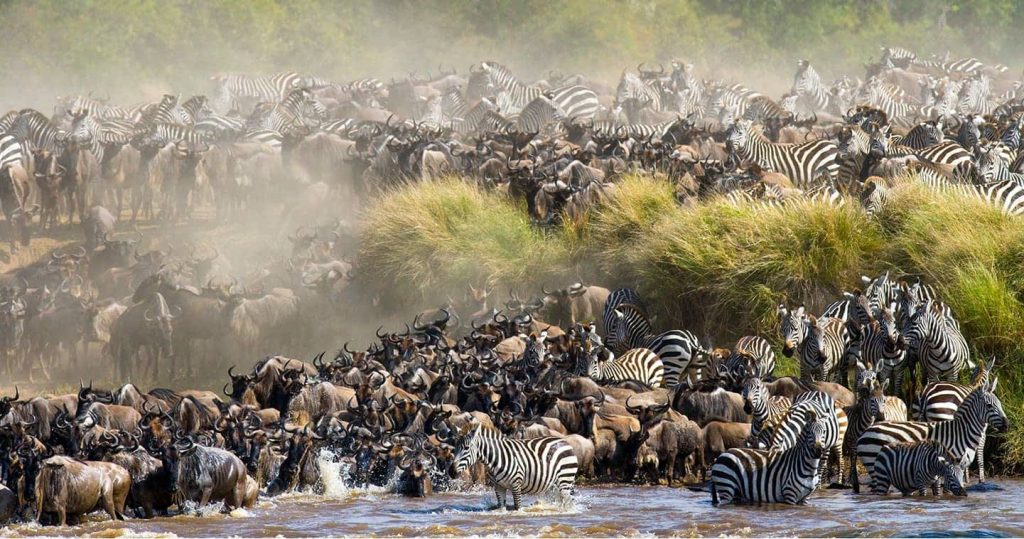 Have you ever seen the motion picture, Lion King? Well, picture being a part of that coming to life. Not your typical African vacation, this 5 Days Masai Mara Migration Safari Safari in Masai Mara is unique. People travel from all over the world to Kenya to see this magnificent spectacle. Indeed, it is an experience that endures forever, a tale you can tell that only grows in value with each time you tell it. Throughout the year, animals travel continuously as part of the migration. The migration takes place in what is referred to as the “Serengeti environment.”Masai Mara National Reserve in the north and Tanzania’s Ndutu, Ngorongoro Conservation Area, and Maswa Game Reserve in the south define the 40,000-square-mile region.

The migration is not a one-off, solitary occurrence. Instead, it refers to the roughly 1.5 million wildebeests, hundreds of thousands of zebras, elands, and gazelles that are constantly moving. The movement is done for the same reason other animals move—to get pasture and water.

Nairobi arrival. Prepare for the forthcoming safari by getting some rest and attending a brief safari briefing.

You will be taken to Lake Nakuru after breakfast, where you will arrive at Lake Nakuru Lodge around lunchtime. You’ll go on a game drive in the afternoon. In the dry season, Lake Nakuru is renowned for having large flamingo populations. The greatest rhino population in Kenya is also found in the park. One of the soda lakes in the Rift Valley, Lake Nakuru is located 1754 meters above sea level. It is protected by Lake Nakuru National Park and is located in Kenya’s rift valley to the south of Nakuru.

The lake’s profusion of algae used to draw a large number of flamingos, who were known to line the coast. Along with warthogs, baboons, and other large mammals, other birds and large mammals also thrive there. Additionally, southern white rhinos and eastern black rhinos have been introduced.

Early in the 1990s, the lake’s level plummeted sharply, although it has since mostly recovered. Flamingos arrived to Lake Bogoria in search of food sources in 2013 after the lake saw an alarming rise in water levels. Nakuru is a Maasai word that means “Dust or Dusty Place.” In 1961, Lake Nakuru National Park was created nearby Nakuru town. It initially just covered the well-known lake and the mountains nearby, but it has since grown to cover a significant portion of the savannahs.

Dinner and overnight at Flamingo Hill on full board. 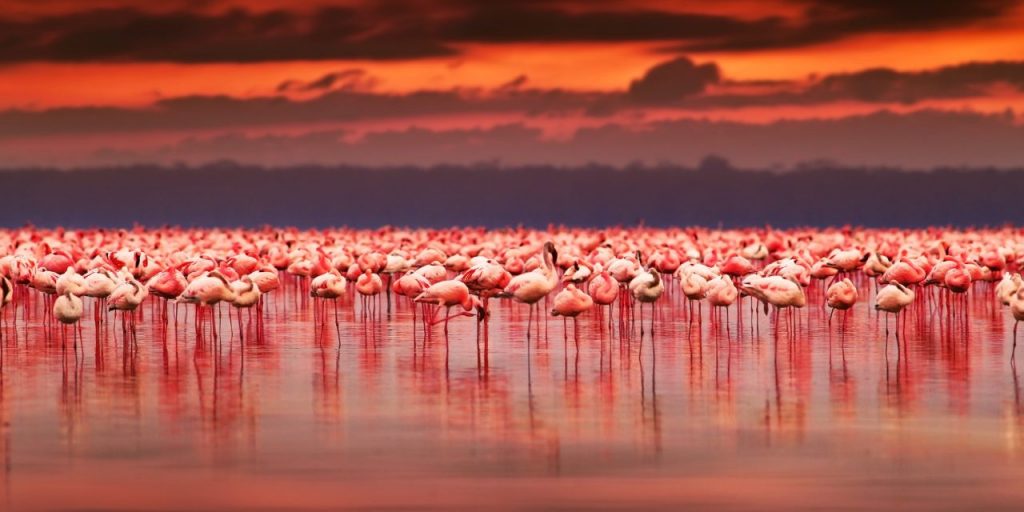 Following breakfast, you will meet your guide and go to the Masai Mara with your lunchboxes.

Head out in the afternoon for a thrilling game viewing excursion after having your afternoon Kenyan tea and coffee. In southwest Kenya, the Maasai Mara National Reserve spans 1,510 km2 (583 sq mi). The Mara-Serengeti ecosystem, which spans around 25,000 km2 (9,700 sq mi) in Tanzania and Kenya, includes this region, which is its most northern portion. It is bordered to the south by the Serengeti National Park, to the west by the Siria Escarpment, and to the north, east, and west by Maasai pastoral ranches. In the ecosystem, rainfall increases significantly along a southeast to northwest gradient, fluctuates across time and place, and is clearly bimodal. Return to your lodge after your game drive.

Dinner and overnight at Mara Sopa Lodge on full board.

Spend one more day in the Masai Mara with a morning and an afternoon wildlife drive at the Mara. Masai Mara boasts more than 500 square miles of savannas, woods, and rivers lined with trees, all of which are home to an incredible variety of species.

One of Africa’s Greatest Wildlife Reserves is Maasai Mara (Masai Mara), which is located in southwest Kenya. Together with Tanzania’s Serengeti National Park, it creates one of the most remarkable, diversified, and beautiful eco-systems in the world for safari big game viewing. In the western portion of the reserve, the Trans Mara County Council (TMCC) was established in 1994, and authority was split between it and the pre-existing Narok County Council. The Mara Triangle was managed by the nonprofit Mara Conservancy beginning in May 2001.

Dinner and overnight at Mara Sopa Lodge on full board. 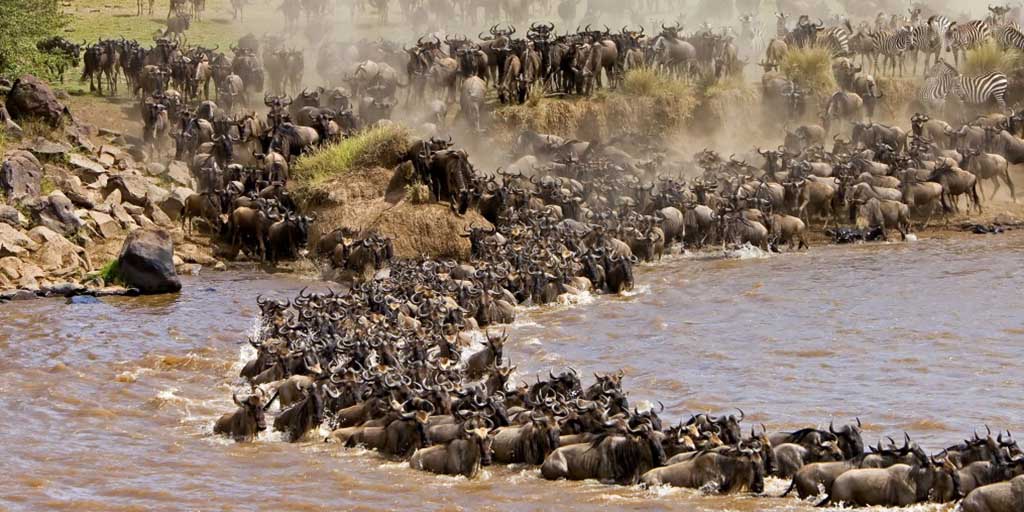 breakfast is served at the inn. Check out and drive back to Nairobi after breakfast. Arrive at Jomo Kenyatta Airport in the afternoon for your flight out.