This 9 Days Kenya Family Adventure to Laikipia, Samburu & Masai Mara itinerary combines sublime game viewing in some of Kenya’s best wildlife areas with diverse cultural activities and plenty to see and do. 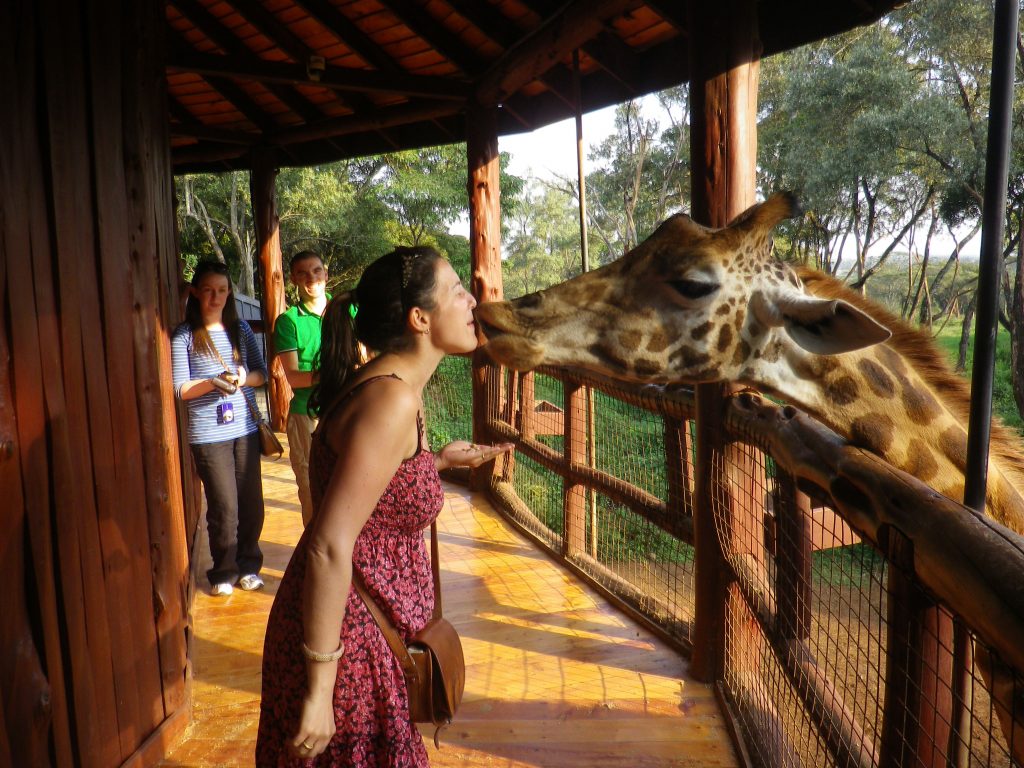 A trip of endangered Rothschild’s giraffes is the permanent residents of Giraffe Manor, a lovely English-style country mansion in Nairobi where your Kenya Family Adventure begins! You and your family will take a scheduled flight to Solio Lodge, a small camp with only six thatched chalets, after spending a delightful night there. It is situated in one of the earliest privately owned rhino conservation areas in Kenya to be established, which is also the site of one of the most productive breeding programs for these extremely threatened and defenseless creatures. One of your many varied activities includes a day excursion to Aberdare National Park, which is among the easiest game-watching in all of Africa.

After two nights, your charter flight will fly you to the private airstrip at SaSaab Camp for three days of fantastic game viewing, which will include looking for the endangered Samburu Special 5. Highlights in this area include camel trekking and fly-camping, which both offer a unique viewpoint of the surrounding nature. Location, with a capital “L,” is what Sala’s Camp is all about, from Samburu to the Masai Mara. Between June and September, you’ll be in the thick of the Great Migration event, with the privacy and low visitor volume as extra bonuses.

Each of these places is teeming with neighborhood and conservation initiatives that support the local environment and populace. We advise staying at least three nights at each lodge and camp because there is so much to do there to make the most of your visit.

You could be in the English country, replete with a stone manor house, except that a giraffe or two pokes his or her head through the window to share your breakfast with you! Welcome to Giraffe Manor, on the outskirts of Nairobi, where a journey of rare Rothschild giraffes may be seen alongside a rustic African setting from the 19th century.

Giraffe Manor is a favorite among both young and old travelers, and it’s the ideal location to explore – time permitting – some of Nairobi’s fascinating highlights, like the Karen Blixen Museum and the Sheldrick Elephant Orphanage. It’s a great place to rest after your flight and to switch gears into the rhythms of Kenya. 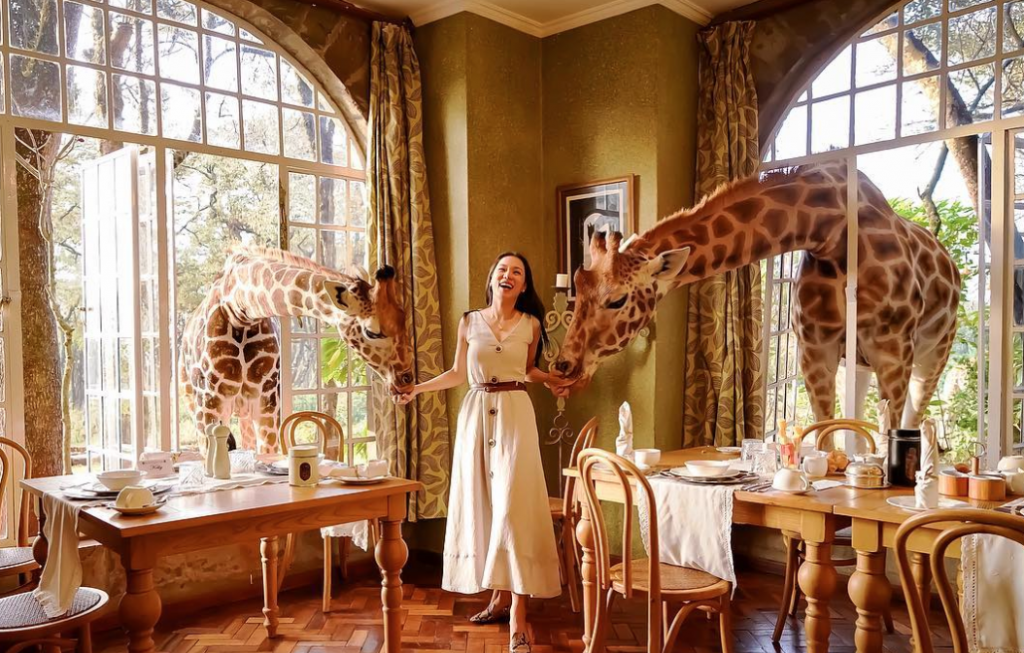 A regular flight takes you from Giraffe Manor to Nanyuki Airstrip in Laikipia, where you are met and taken in a 4×4 for a 45-minute ride to Solio Lodge. This is one of the earliest private rhino conservancies in Kenya and one of the most productive breeding programs for these docile, critically endangered dinosaur-related creatures.

However, Solio Lodge offers extremely simple game drives with a variety of species and breathtaking landscapes around Mount Kenya, which is what makes it so alluring in addition to the close vicinity of rhinos. Get back in the 4×4 for a day excursion to Aberdare National Park in the Aberdare mountain range, or try your hand at a safari walk, horseback riding, or mountain biking. According to the Kikuyu, Aberdare is one of Ngai’s (also known as God’s) residences. The park’s mountains, waterfalls, and streams are home to an incredible variety of wildlife and birds, including the elusive bongo, a rare antelope that lives in the bamboo forest, golden cats, melanistic servals, and black-and-white colobus monkeys. Although Aberdare’s lions have been relocated to other national parks to protect the bongo populations, leopards and wild dogs remain. There have been more than 250 birds observed, including sparry hawks, Jackson’s francolins, and the threatened Aberdare cisticola.

There are just six chalets at Solio Lodge, and each is decorated in a stylish, contemporary manner that blends well with the natural setting. Curl up in front of the fireplace in your personal sitting room and think about what tomorrow will bring after an amazing bush breakfast (seen as a “must-do” at Solio). 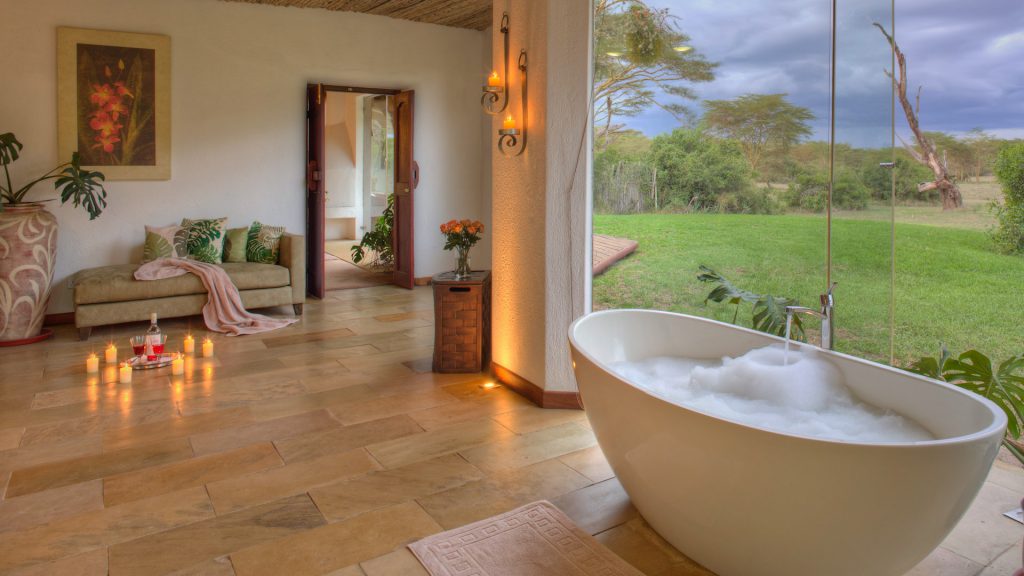 You book a flight today to the Samburu tribe’s community land, where the award-winning SaSaab Camp is situated. The Samburu region of Kenya is distinct, and you can look for the “Samburu Special 5” there. Grevy’s zebra, the lovely long-necked gerenuk, reticulated giraffe, besia oryx, and the Somali ostrich are all indigenous to the area.

SaSaab has a uniquely Moroccan vibe and draws its influence from the Arabic traders who used to haggle on Kenya’s coastlines. The décor’s Arabian influences can encourage you to try a whole different safari method of transportation: how about game viewing while being guided by a skilled Samburu guide? Camel trekking is a thrilling way to experience Africa’s sights, sounds, and smells; it should definitely be on your bucket list.

Other enticing activities available at SaSaab include deep-dive fly-camping in Samburu National Park, market shopping, lying back for stargazing, and practicing your photography on safari walks. 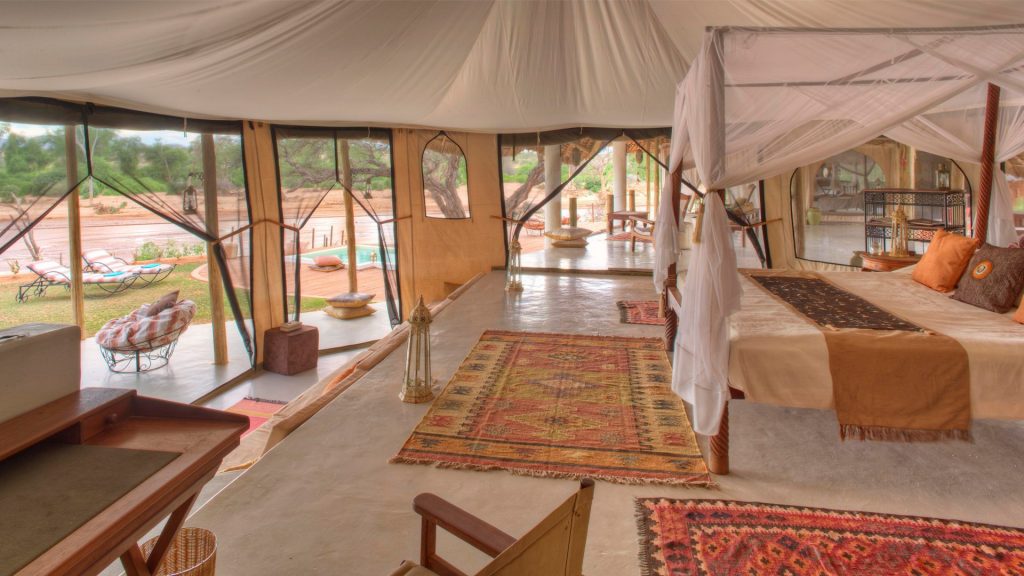 The Great Wildebeest Migration and Kenya are both associated with the Masai Mara. The Mara is a breathtaking area that is home to millions of ungulates that graze there after the rains on its sun-sweetened grasses. It is practically required for any serious safari traveler. Sala’s Camp, which is situated along the Sand River in a forest of shady trees, is a nice site to establish your base.

Sala’s follows the credo of premium real estate everywhere in the world: “Location, location, location.” This is the place to be between June and September to witness the struggles, triumphs, and tragedies of the Great Migration. Sala’s gives the feel of a “traditional safari” despite its extreme comfort, including fully plumbed restrooms and Internet access. Expect Meru tents, safari showers, and late-night conversations over the campfire. And don’t forget Sala’s non-migration season; experts recommend January, February, and October as well, when the weather is great and there is a lot of wildlife.

You might find it difficult to return to “civilization” after nine days, but even though you will be saying a heartfelt farewell to Kenya, you will also be leaving a piece of your heart in this beautiful region of Africa.