The Informative Guide on Uganda Birding Safaris: Learn More about Birds in Uganda

This number of bird species makes Uganda host almost half of the bird species in Africa. Uganda Birding Tours offers birding opportunities in different habitats including forests, swamps/wetlands, savannah parks, and water bodies. With a well-planned Uganda birding safari itinerary, birders can spot all kinds of bird species from the Albertine rift endemics to the predominantly Central African bird species in Semliki National Park. 1 out of the over 1,070 bird species in Uganda is endemic to the country and therefore cannot be seen anywhere else in the world.  The Fox’s Weaver is a species of the family Ploceidae found in the districts of Kumi and Soroti within moist savannah in seasonally wet or flooded lowland grasslands.

Uganda has a national bird and this is the Grey Crowned Crane (Balearica Regulorum) symbolized on the Uganda national flag. It can be spotted in Murchison Falls National Park.

One of the bird species endemic to Africa is the “prehistoric” Shoebill Stork and Uganda is host to this bird. It’s a sought-after species on birding safaris that can be seen at Mabamba wetland and Murchison Falls National Park.

14 Days Uganda Birding Safari & Wildlife Tour is 14 Days Bird Watching Tour in Uganda for forest and Albertine rift endemics birding alongside Gorilla trekking. Birding Safari in Uganda is for avid birders who would love to go birding as well as take a Gorilla tour.

1 Day Mabamba swamp bird watching tour is a day tour excursion for birding in the Mabamba wetland on the shores of Lake Victoria. This is a birding safari in Uganda in search of the shoebill stork which is one of the elusive bird species in Africa.

19 Days Uganda Birding Tour focuses on the “must-see” birds of Uganda, though we’ll certainly see a lot of widespread spectacular species like Great Blue Turaco, Ross’s Turaco, amazing barbets, and so many others.

Uganda is a small but we’ll gifted country when it comes to its birdlife, with a checklist of 1087 bird species the country boasts 10% of the world’s population species, 50% of Africa’s Species, and 70% of East Africa’s Species, With one true endemic species (Fox’s Weaver) the country has 25 of the 26 Albertine Rift Endemic Species.

Kabira Uganda Safaris emphasizes quality Luxury Birding in Uganda/long Uganda birding safaris from 8 to over 21 days all through the top birding destinations in search of all kinds of bird species in the country. Whether you are an avid or a novice birder, a professional Uganda bird watching tour guide will help all through the long safari in Uganda.

Budget Uganda Birding Tours/Short Uganda birding safaris are bird watching tours in Uganda that last for about 2-8 days to the top birding destinations. There are over 1,060 confirmed bird species in Uganda that birders can expect to see in the boundaries in the country.

How many bird species are in Uganda?

More than 1,065 bird species are known to be in Uganda by September 2019. One of these is endemic to Uganda which is Fox’s weaver. Depending on the trip over 600 bird species can be seen on a single Uganda birding safari. 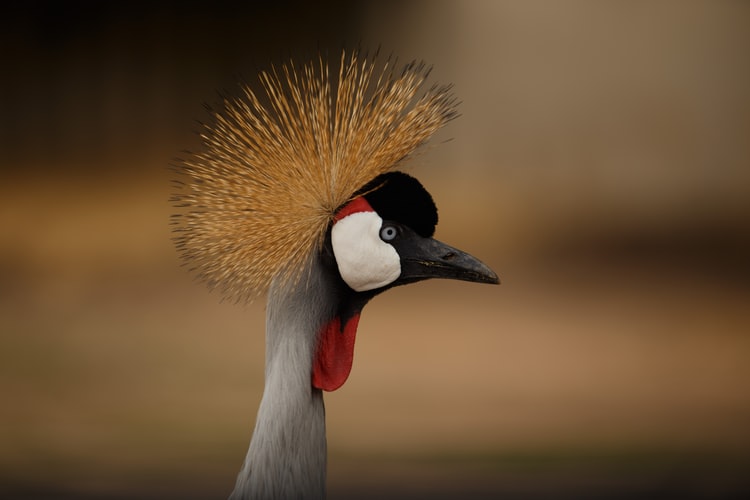 Some of the bird species in Uganda include the Ostriches which are the largest living birds, Greater and Lesser Flamingos, Shoebill Stork, Grey Crowned Crane. The Grey Crowned Crane (Balearica Regulorum) is Uganda’s national bird

Where can a Shoebill Stork be seen in Uganda? 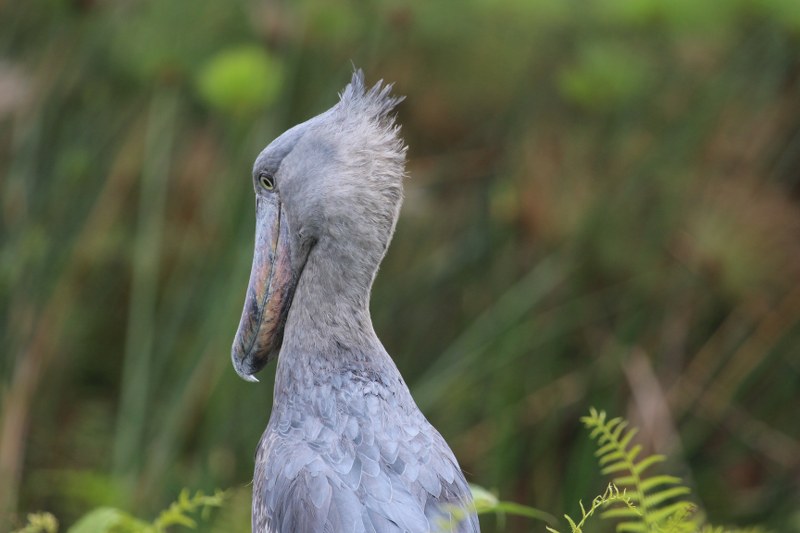 Shoebill Stork (Balaeniceps rex) or shoe billed stork is one of the sought-after bird species endemic to Africa with several spots inhabiting them in Uganda.

The search for the Shoebill Stork is one of the top activities on birding safaris in Uganda.

The best spots for where to see the Shoebill Stork include Mabamba wetland, Lugogo swamp in Ziwa Rhino Sanctuary, Lake Mburo National Park, and Murchison Falls National Park. For short Uganda safaris, Mabamba wetland is the best option with just a 1-day trip.

What are the best destinations for Uganda Birding Safaris?

For any Uganda birding tour, choosing the best spots determines the number of bird species you will spot on your bird-watching tour.

Here is a list of the top bird-watching destinations in Uganda including those with high bird numbers as well as endemics;

When is the Best time for birding safaris in Uganda?

With the different habitats, Uganda birding tours can be undertaken all year round depending on the destination. However, the best time for birding in Uganda for most of the destinations is during the months of late May to September.

Uganda has 2 seasons in the south, the dry season being June –August and December – February and the rainy season March-May and September – November.

To the north, late March-early November is the wet season, and November – March is the rainy season. None of these weather conditions is extreme and birding safaris can be done any time. birding destinations in Uganda

What to pack for Uganda birding safari tours

Avid birders know the basic requirements for any bird watching tour in Uganda and this could just be a reminder. However, for seasonal birders or first timers, here is what you need to pack for your birding tour Uganda;