If you’ve been to Kenya before or are searching for a more remote location with access to modern conveniences, the Samburu National Reserve is a great choice. It’s a safari location that provides interesting experiences and fantastic wildlife viewing, making it highly worthwhile. There are direct flights from Nairobi’s domestic Wilson Airport, and a road transfer is an option if you’re traveling from Lewa or Laikipia (although it is fairly lengthy). Compared to driving, flying between locations allows for more time spent on safari (following animals). 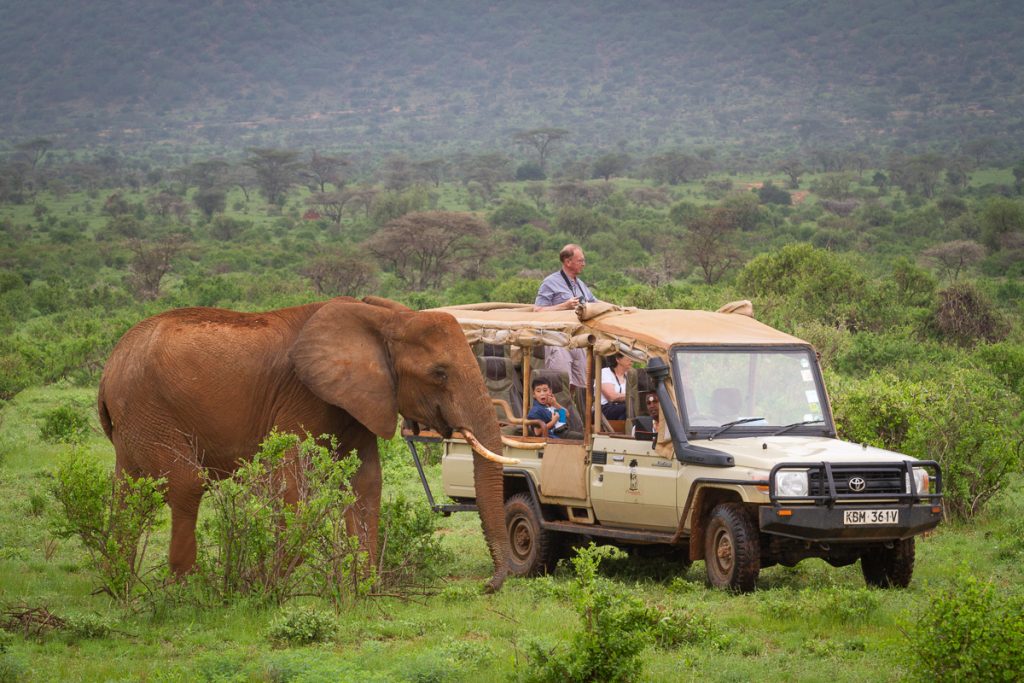 Top Things to See and Do in Samburu

Why Go to Samburu?

Samburu is regarded as a jewel among discerning safari visitors due to its lack of crowds. It does not see the same level of interest as the Masai Mara during the Migration when thousands of people go there to see the spectacle, and it draws far fewer self-driving tourists on the weekends and during school breaks than Amboseli does (that is why we prefer to stay in private conservancies in the Mara). Finding sightings might require more effort, but if you do, the prize is all the sweeter because there are probably not many other vehicles in the area. Both huge cats and uncommon species like gerenuk can be found here.

For seasoned travelers, it is a highly fulfilling location. I met a South African woman whose husband loved giraffes, so for his birthday, she organized a special “giraffe safari” so they could see as many kinds as they could! They prioritized Samburu because of its reticulated giraffe, but they also favored it for its discreet service, luxurious accommodations, and modest, upscale ambiance.

In the north of Kenya, along the meandering Ewaso Ngiro River, the flat, greenery of the rest of the nation begins to give way to arid scrubland, kopjes, and enormous rocky outcrops. This fascinating landscape, which is anything but boring, is home to species that are specially adapted to the drier, rockier surroundings. 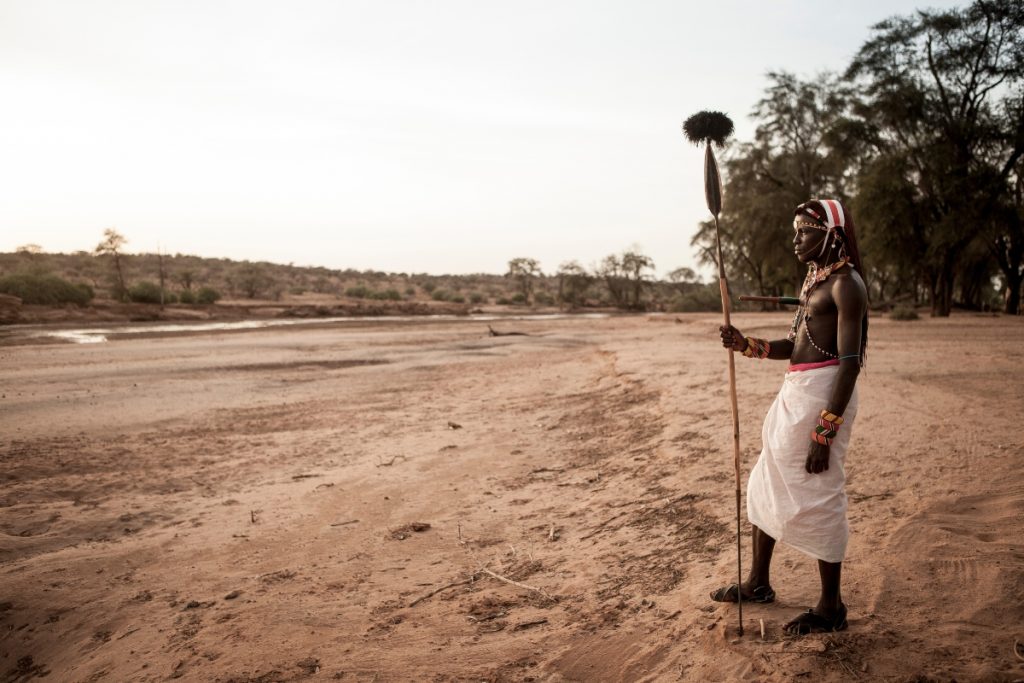 Samburu warrior with spear by the riverbed

It is called after the nomadic pastoralists known as the Samburu, whose traditional dress is among the most exquisite and elegant in the entire world. The Samburu continue to live in mobile villages known as manyattas where they can migrate to find new grazing for their donkeys, goats, and cattle. When the Arabians arrived at some point, they introduced camels, and of course, these desert animals flourish in this semi-arid environment. One of the few spots in Africa where you may go on a camel trek is here. Follow your qualified and knowledgeable Samburu guides as they set out to hunt wildlife.

Which Animals Will I See in Samburu?

The reserve provides a shelter for predators including lions, leopards, and wild dogs as well as elephants. More than 450 bird species have been identified in the Samburu, including the Taita falcon, lesser kestrel, and vulturine guineafowl.

The quasi-endemic species that have adapted to the region’s harsher arid and hilly environments are one of the largest and most thrilling draws for safari and wildlife enthusiasts. While the Masai Mara has millions of wildebeest during the Migration and Amboseli has spectacular herds of elephants, Samburu has the Special 5. (cousins to the world-famous Big 5).

Gerenuk means ‘long necked’ in the Samburu language and they do indeed have comically long necks. They are undeniably adorable due to their large ears in comparison to their small heads. Previously known as Waller’s gazelle, the Samburu people consider them to be very humble creatures that are always willing to come to the aid of fellow gerenuks. They have very strong hind legs and can stand on them for long periods while grazing leaves that other antelope are too short or giraffes too tall to reach.

Somali ostriches prefer grey-blue skin over the pink necks and legs of other ostrich species. It’s easy to spot the males in mating season – their legs and necks turn bright blue!

Rightly known as ‘imperial zebra’, they can live without drinking for five days in a row – a boon in dry conditions. Sadly, human demand for their beautiful hides has made them the most endangered of all zebra species as they are killed for their skin.

Because of their large, “liver-colored” rosettes, which are very distinct from the lighter and smaller patches of their southern cousins, these giraffe are almost instantly recognizable.

Beisa oryx have scimitar-like horns that can grow to almost one meter (three feet) in length on both the male and female. During the rutting season, males will engage in fierce horn battles to win the favor of females; occasionally, you will see a male with only one horn because the other one broke off during a fight.

When to Go: The Best Time to Visit Samburu