Uganda has been listed on the New York Times 52 Places to Go in 2020, a popular American Newspaper that is trusted by millions of world travelers. Once again Uganda is proving itself as a must visit destination. 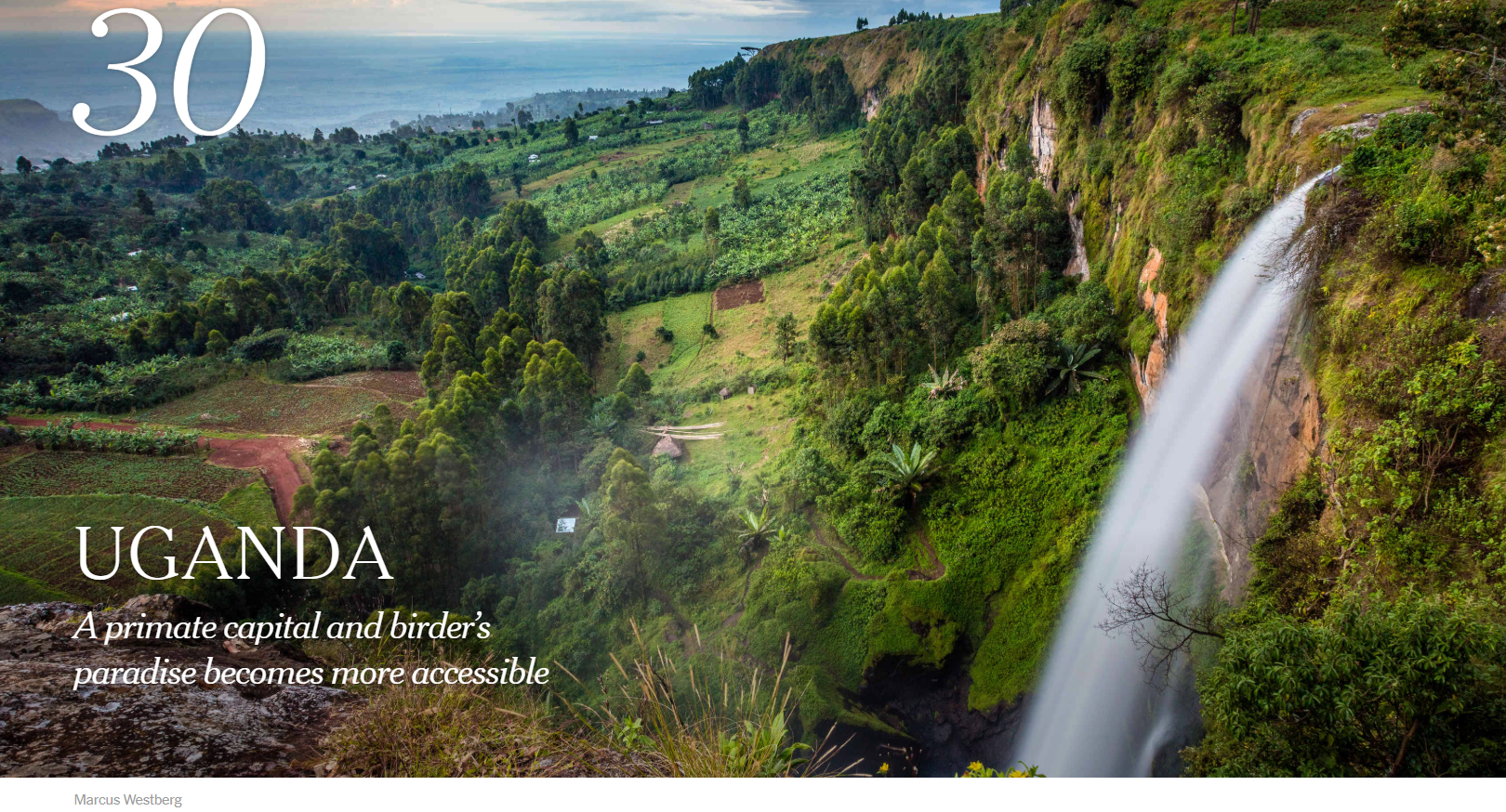 Four (4) other African countries featured on the list and these were Kenya, Lesotho, Egypt and Ethiopia. On the published article, the highlight statement is that,

As described by VIVIAN SONG from the New York Times travel desk, Uganda is very well described as;

“Landlocked in east-central Africa, Uganda has long been in the shadow of Kenya, Tanzania and other countries more popular with visitors on safari. But the “Pearl of Africa,” with its own rich wildlife, is set to become more accessible, thanks to the resurrection last summer of the country’s national carrier, Uganda Airlines. Uganda is one of the world’s primate capitals with 15 species (four of which are endangered) and the Bwindi Impenetrable Forest National Park, a renowned mountain gorilla sanctuary.

The UNESCO World Heritage Site, in southwestern Uganda, is home to roughly half of the world’s mountain gorillas. The park’s gorilla-trekking safaris limit contact to eight visitors per gorilla group per day, and proceeds from their trekking permits go towards conservation efforts and protecting the animals from poachers.

The dense forest mountain park, which ranges in elevation between 3,810 feet and 8,880 feet, also features a scenic waterfall trail framed by ancient ferns and wild orchids, and is a birder’s paradise, with 350 species of forest birds”.

Every year, The New York Times travel desk chooses their list of the 52 Places that tourists can go to in that year out the thousands of spots from the world.

This is done using different strategies, however, for the 2020 list Amy Virshup from New York Times states that;

“Where would you go if you could go anywhere?”

Was the question posed to the members of the Times Travel desk at the beginning of September 2019 at the kickoff launch for the 2020 edition of the annual 52 Places to Go list. From then to the date of publication, there were months of debate, research and as many synonyms for “argument” as you can hope.

It is also added that it is not enough for a place to be beautiful, amazing and culturally significant, it also has to answer the question, why now? Why this place, this year.

Surely Uganda answered all of this to its beauty and that’s how it made it to the list of 52 places to Go in 2020. Thanks to the revived Uganda Airlines that is making the destination more seemingly accessible.

Uganda is on the list because it limits the number of gorilla trekking permits in Bwindi Forest and ensures the proceeds help protect the animals. Check full list of 2020 Places to Go here

Uganda is stated as the primate capital and the birder’s paradise, however, do you know much about what this means and the abundance of primates and bird species that Uganda is blessed with? Here Kabira Safaris team gives you an insight of what this means; 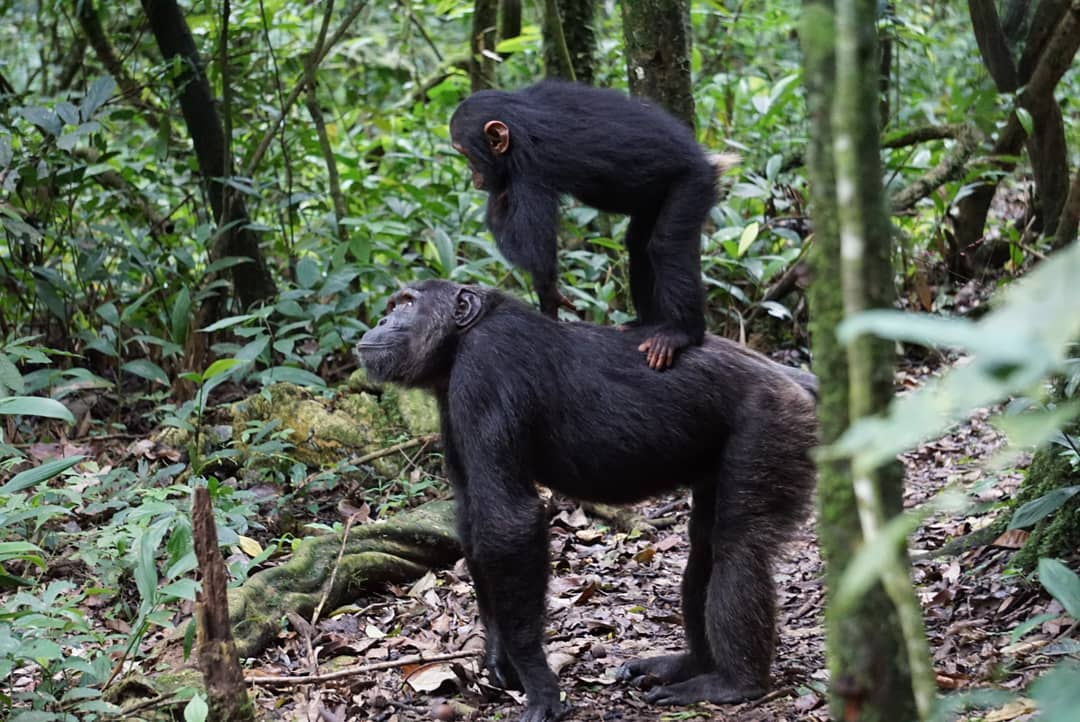 Primate capital: Uganda is referred to as one of the world’s primate capital because it is home to 15 primate species.

Uganda is indeed the primate capital of the world because as across Africa primates are under threat, thousands of them survive in Uganda, mostly at Kibale Forest National Park.

The Uganda Wildlife Authority confirms that Kibale Forest alone has a total of 13 primates including the recently discovered Dwarf Galago.

Find details of the census, numbers and how it was done by clicking this link, Total mountain gorilla population increases in latest 2018 census.

Birder’s Paradise: Avid birders will appreciate the fact that Uganda is a birder’s paradise with almost 50% of Africa’s bird species and 11% of the world’s total. 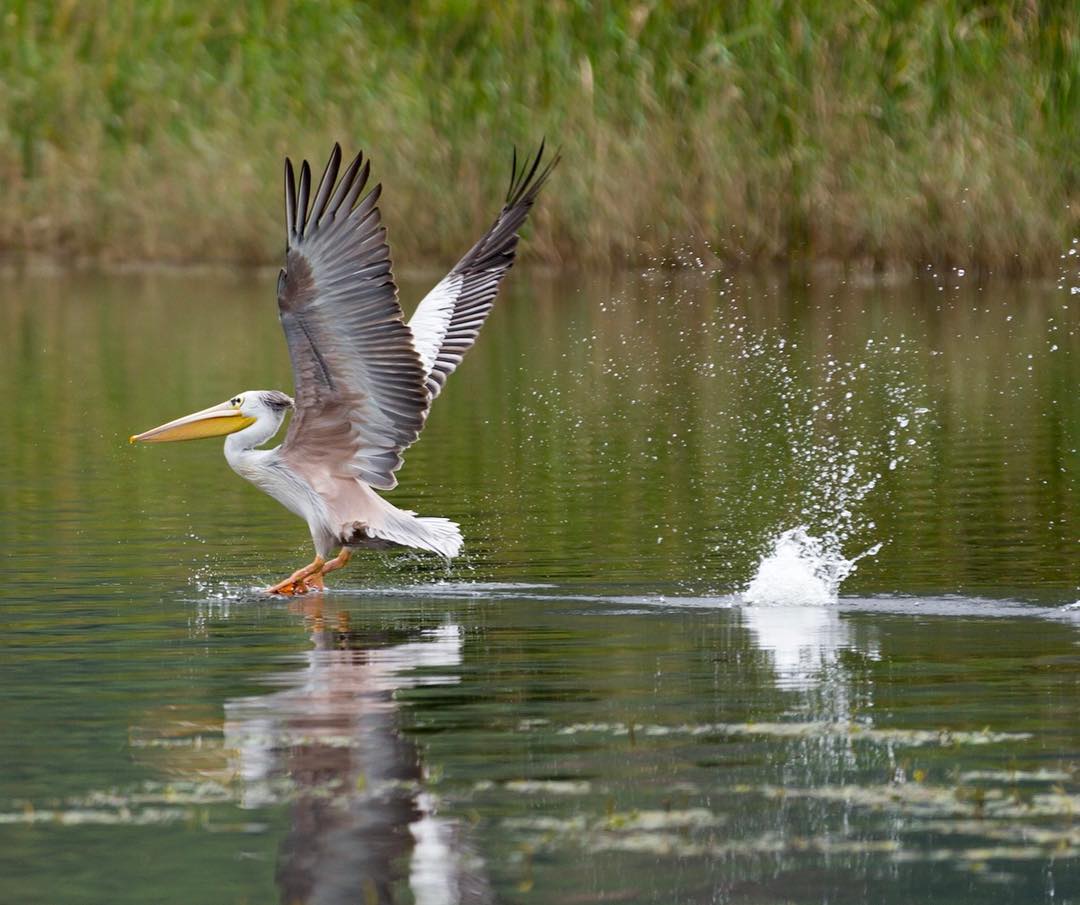 Birding Uganda is a top choice for many avid birders on Africa birding tours because of about 1,083 confirmed bird species in Uganda including the latest addition being the Pectoral Sandpiper that was spotted at the Uganda Wildlife Education Centre (UWEC).

From the 24 Albertine rift endemics to the predominantly Central African bird species in Semliki National Park can all be seen in Uganda.

If you are interested in knowing more about the birds of Uganda, check out this link on birding in Uganda.

These have by highlighted by The New York Times 52 places to Go in 2020 as must see and do activities and truly they will be rewarding.

However, this is not all Uganda has to offer, there are many more attractions and activities that a travler on safari to Uganda can choose to see and do and these are; 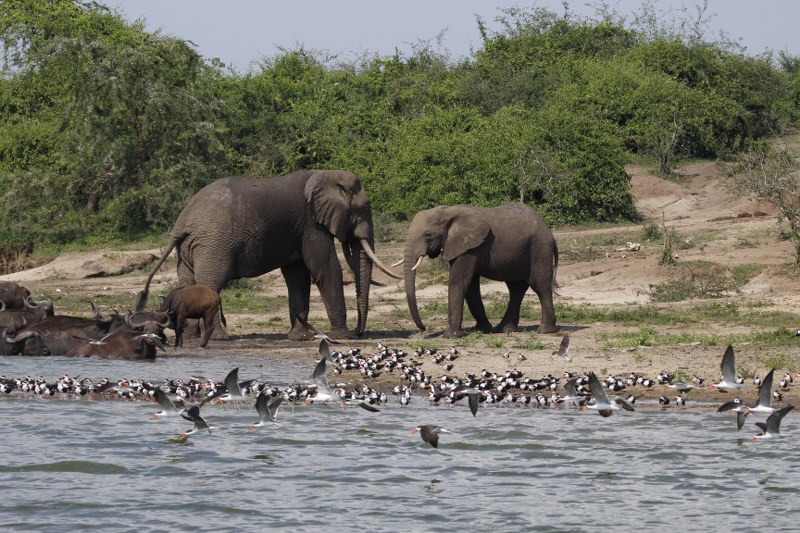 Uganda wildlife safaris are with no doubt one of the most undertaken safari activity for game viewing.

Uganda is a unique Africa tour destination with a mix of savannah as well as forest wildlife species a reason for many Uganda safaris tours.

With the re introduction of Rhinos into the country, Uganda is host to the sought after big five wild animals that are the Buffaloes, Rhinos, Lions, Leopards and Elephants.

Tracking Rhinos is only possible at the Ziwa Rhino Sanctuary which is just 170km from Kampala-Uganda’s capital.


Plan My Trip | Make an Enquiry about Uganda Wildlife Safari 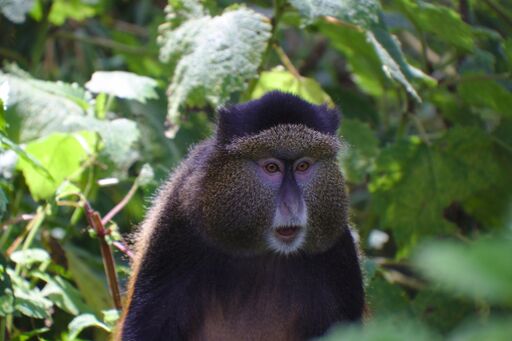 Golden monkey tracking in Uganda is one of the popular primate tracking safaris in Uganda searching for the rare golden monkeys restricted to the Virunga Volcanic Mountains.

The golden monkey (Cercopithecus Kandti) is a primate species of the Old World Monkey listed as endangered on the IUCN Red List.

Golden monkeys live within the bamboo on the virunga mountains. Learn More 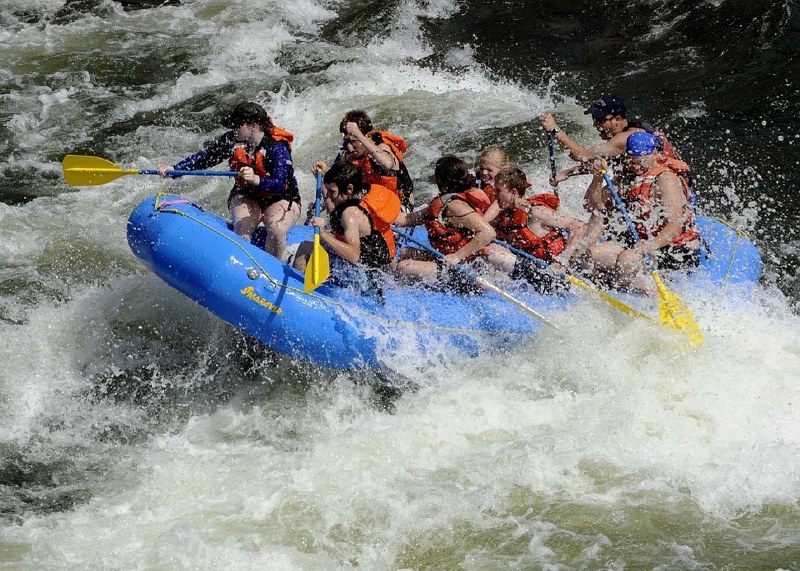 The Nile River at Jinja is home to the world’s finest grade 5 white water rafting as well as other adventure activities.

The Nile river is the world’s longest river and Jinja in Eastern Uganda is home to the source of the mighty Nile River.

For any adventure traveler on Uganda safaris, white water rafting at the source of the Nile River in Jinja is the best adventure sport.

The rafts on the Nile River explodes its volumes of white water through huge walls and drift through flowing with rapids northwards.

White water rafting is a challenge of a kind that will keep your adrenaline high and your hurt pumping as you rafting on the waves and of course expected anything including getting into the water.

Whether for first time adventurers or experienced travelers on safaris in Uganda, this is a great activity to involve in your Uganda safari itinerary.

There different levels of white water rafting in Jinja depending on how frightened you can get, here is a highlight of the latest. Learn More 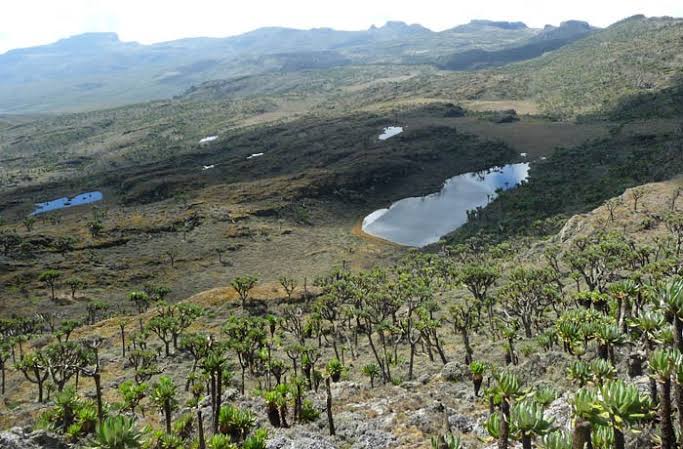 Uganda is an all inclusive safari destination with a hiking spot for all kinds of hikers depending on your hiking ability. 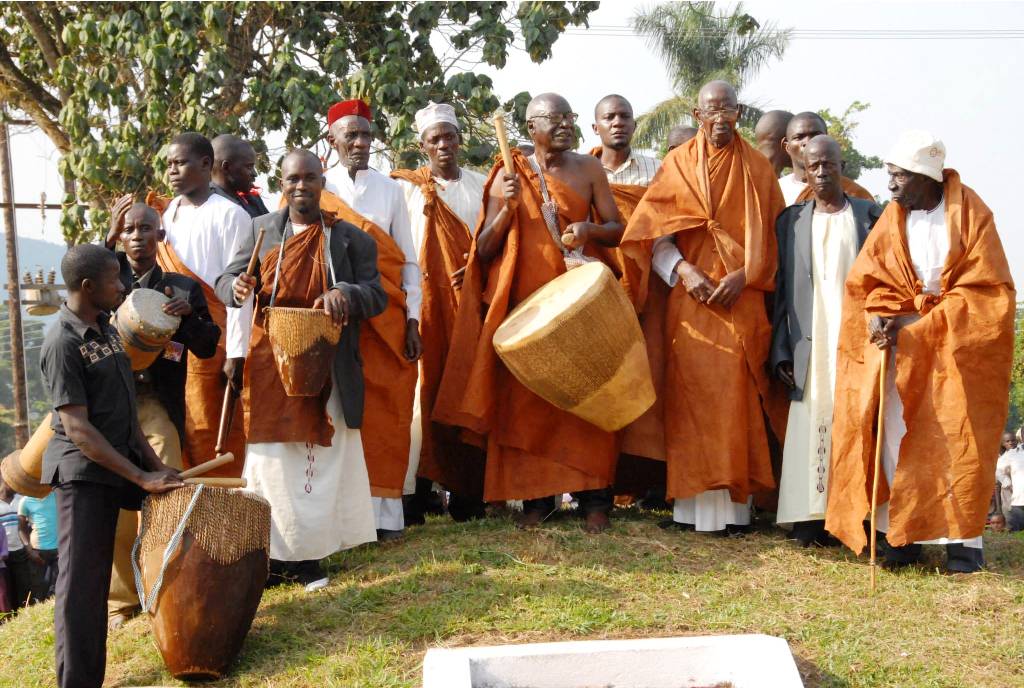 Uganda is culturally diverse with unique cultures in each region of the country.  Uganda cultural tours are the best way of understanding the traditions of the people who call Uganda home.

Cultural tours in Uganda offer an experience of the different people of Uganda through music, dance, drama and much more.

Many tourists on Uganda safaris have visited the Batwa pygmies in south western Uganda in the foothills of Bwindi Impenetrable National Park in Rushaga, Mgahinga Gorilla National Park and Semliki National Park.

The Batwa pygmies are a small tribe that formerly lived in the forest with Mountain Gorillas. Learn More