Things To Do in Uganda

The Things To Do in Uganda that will blow your mind in 2023 and top vacation activities offer perfect choices for tourists to choose from in 2022. The bountiful flora and fauna among the very welcoming people of Uganda got the country dubbed the Pearl of Africa. Truly this is a gem to visit and 2022 has very many activities to offer tourists. These Things To Do in Uganda can be well tailored by Kabira Safaris for all categories of travelers. Uganda is an all-inclusive safari destination with a hiking spot for all kinds of hikers depending on your hiking ability. Uganda hiking tours are a great way to see the several flora species, butterflies and different vegetation spread across the different altitudes. There are also very many other hiking destinations around the country where tourists can have short treks. 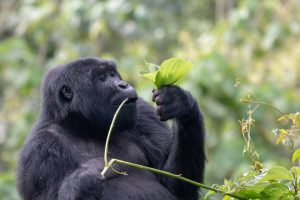 Gorilla trekking is done each morning starting with an etiquette briefing program at 8:00 am.

During the briefing, every 8 persons are allocated a gorilla family to trek depending on their hiking ability.

On meeting the gorillas, a maximum of 1 hour is spent in their presence for photography and a moment of their social life.

They will always amaze with their lifestyle and a lot of unexpected acts which makes gorilla trekking a very unique primate tracking activity. 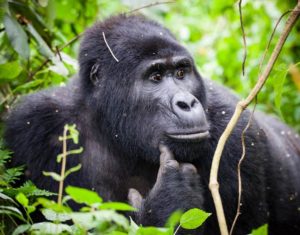 Bwindi forest is the only place in Africa where one can have a gorilla habituation experience.

The habituation process involves a team of individuals like trackers, researchers, conservationists, and rangers who take 2-3 years to have a group of mountain gorillas fully accustomed to human presence.

Unlike gorilla trekking where a total of 8 people trek a single-family, only 4 persons can go for gorilla habituation a day.

This makes it necessary to permit bookings as early as possible; at least 6 months prior.

A maximum of 4 hours was spent in the presence of the mountain gorillas during habituation.

This means more time with the gorillas than trekking which offers a maximum of 1 hour. During this process, individuals get to know much more about mountain gorillas, their behaviors, and a lot about their lifestyles.

Gorilla habituation experience permit in Uganda costs US$ 1500 for each person valid for one day. The minimum age is 15 years for an individual to purchase a permit for gorilla habituation in Bwindi Impenetrable National Park.

3 Days Gorilla Habituation Experience Safari at Bwindi Impenetrable National Park. Gorilla habituation offers 4 hours of experience among a group of Wild Gorillas that are not yet fully habituated within the Rushaga sector.

4 Days Bwindi Gorilla Habituation Experience & Lake Bunyonyi tour is the best way of spending more time with Gorillas and later on relaxing at Lake Bunyonyi for an amazing adventure. 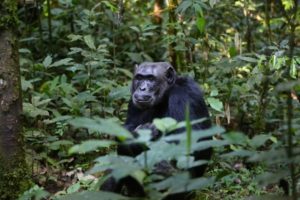 Chimpanzee trekking in Uganda is the top primate tracking safari activity and definitely, one of the 10 activities to do in Uganda

Chimpanzee trekking in Uganda’s Kibale Forest National Park is the most popular choice.

Chimpanzee trekking in Uganda is one of the top activities on Uganda Safaris in search of man’s closest primates.

Africa has 21 countries with chimpanzees and Uganda chimpanzee trekking safaris experiences are the best since the country has the highest chimp population.

While tracking chimpanzees in Uganda, baby chimpanzees can be differentiated by the whitetail tuft that the older chimps do not have.

To make chimpanzee trekking safaris in Uganda possible several chimpanzee families are habituated in the different habitats to ensure they are familiar with human presence and behave almost “normally” hence displaying all of their characters lively during a trek.

In Uganda’s chimpanzee, habituation experiences can only be undertaken at Kibale Forest National Park. Chimpanzee habituation in Uganda offers more time with the chimps as you get involved in the process of familiarizing chimpanzees to the presence of humans.

Uganda chimpanzee habituation is a whole day experience and expect to wake up early, have packed lunch and head to the jungle. You find the chimps where they built their nest and spent the night. You spend the day with the chimpanzees, learning their behavior and seeing how they go along with their day.

Habituation of chimpanzee permits cost US$ 250 for foreign nonresidents and residents and UGX 150,000 for East African citizens.

Birding is one of the activities to do in Uganda for any bird-watching enthusiasts. More than 1,065 bird species are known to be in Uganda. One of these is endemic to Uganda which is Fox’s weaver. 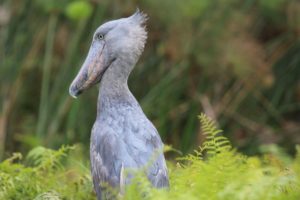 Depending on the trip, over 600 bird species can be seen on a single Uganda birding safari.

Some of the bird species in Uganda include the Ostriches which are the largest living birds, Greater and Lesser Flamingos, Shoebill Stork, Grey Crowned Crane.

There are also other bird species in Uganda that can be spotted all through the country. Bird watching involves small groups of individuals and therefore safe for 2021 tours.

19 Days Uganda Birding Tour focuses on the “must-see” birds of Uganda, though we’ll certainly see a lot of widespread spectacular species like Great Blue Turaco, Ross’s Turaco, amazing barbets, and so many others.

Game drives are a perfect and most common way of exploring and seeing wildlife in the national parks and reserves. Game drives are perfectly designed to suit tourists who want to see animals either in the morning or in the evenings and at night. Game drives are undertaken along well-set trails to see the animals as they graze in the park. With a well-trained park guide, you have the chance to spot different common and rare wild animals. The top destinations for game drives in Uganda include Kidepo Valley National Park, Murchison Falls National Park, Queen Elizabeth National Park, and Lake Mburo National Park. When planning an Uganda wildlife tour ensure to have a game drive as part of your trip in order to enjoy perfectly the charm of the jungle.

With the several water bodies in the country, there is wildlife inhabited on the shores which makes boat safaris the best way to explore.

Boat cruise safaris are suitable for exploration or viewing of aquatic wildlife like crocodiles, hippopotamus and birds along the shores.

Things To Do in Uganda – Uganda is an all-inclusive safari destination with a hiking spot for all kinds of hikers depending on your hiking ability. Uganda hiking tours are a great way to see the several flora species, butterflies and different vegetation spread across the different altitudes.

There are also very many other hiking destinations around the country where tourists can have short treks.

Uganda is culturally diverse with unique cultures in each region of the country. 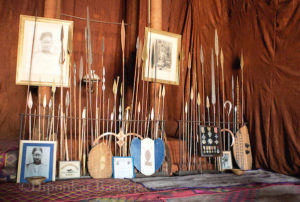 Uganda cultural tours are the best way of understanding the traditions of the people who call Uganda home.

Cultural tours in Uganda offer an experience of the different people of Uganda through music, dance, drama, and much more.

Many tourists on Uganda safaris have visited the Batwa pygmies in southwestern Uganda in the foothills of Bwindi Impenetrable National Park in Rushaga and Mgahinga Gorilla National Park.

The Batwa pygmies are a small tribe that formerly lived in the forest with Mountain Gorillas. The other popularly visited cultures include the Buganda Kingdom, the IK, and the Karamojong in northeastern Uganda in the region of Kidepo Valley National Park.

Visiting any culture in Uganda can be an extensive or short trip depending on how much you would love to learn, there’s always a lot to learn. These activities to do in Uganda can be well tailored by Kabira Safaris for all categories of travelers.