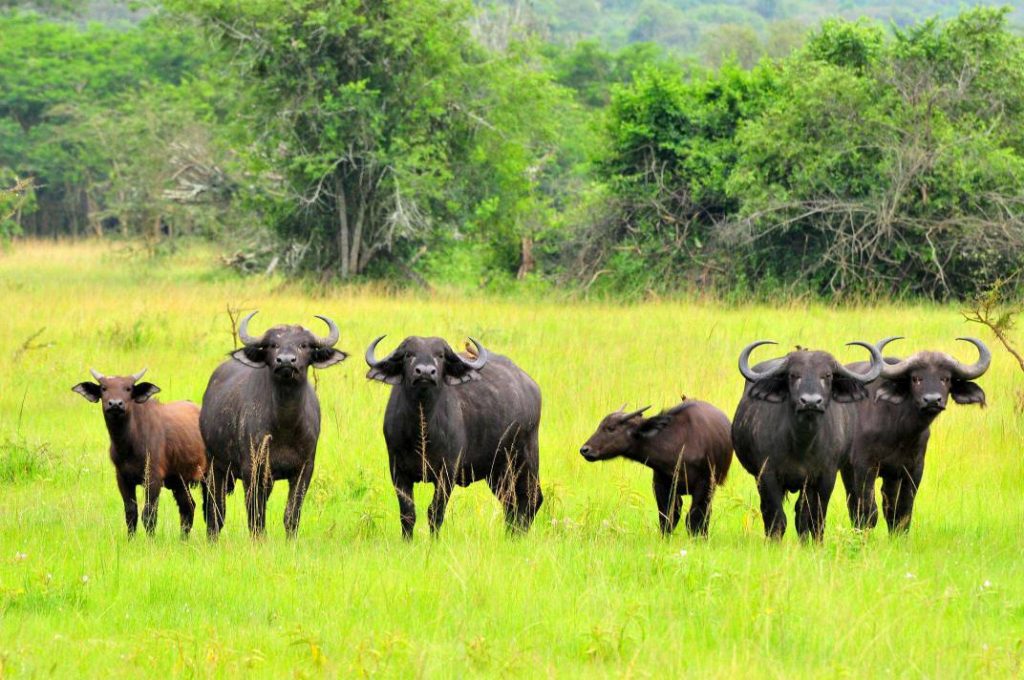 The Uganda Safari Park closest to Kampala is Lake Mburo. Lake Mburo National Park is the greatest National Park for Walking Safaris because there are no known carnivores in the park, earning it the nickname “whispers of the wild.” The best activities in Lake Mburo include walking safaris, cycling, quad biking, horseback riding, wildlife drives, boat cruises, and bird viewing. The 370-square-kilometer Lake Mburo is surrounded by old pre-Cambrian rocks and is home to 350 bird species and 68 mammal species. Lake Mburo is located in the Kiruhura District in Uganda’s Western Region. By road, Lake Mburo is about 30 kilometers (19 miles) east of Mbarara, the sub-major region’s city. This place is about 240 kilometers (150 miles) west of Kampala, Uganda’s capital and largest city, on the route. The park’s coordinates are 00 36S, and 30 57E. (Latitude:0.6000; Longitude:30.9500).

There are about 300 bird species in Lake Mburo, including zebra, hippopotamus, impala, warthog, common eland, African buffalo, jackal, and African leopard. The park is the smallest of Uganda’s savannah national parks, covering only 260 square kilometers (100 square miles). Visitors can stay in the park’s campgrounds or use the park’s permanent tent facilities. The park’s manager, the Uganda Wildlife Authority, announced plans to establish balloon tourism in the area in 2009. The protected area has been designated as a Lion Conservation Unit since 2005.

Lake Mburo boat trip – The eastern shores of Lake Mburo can be explored by boat, departing from a jetty at the lakeside campsite near Rwonyo Rest Camp, Watch out for crocodiles and hippopotamus during the two-hour voyage. You can also sight a variety of birds including pelicans, herons, fish eagles, and perhaps the rare finfoot, and shoebill.

A network of game tracks explores the eastern hinterland of Lake Mburo, providing the chance to see a variety of savanna animals and birds.

Night drives with a ranger guide provide the chance to see nocturnal animals such as bushbabys, pottos, and perhaps even a leopard.

A guided walk explores the park around Rwonyo, culminating in a visit to a natural salt lake where wildlife can be viewed from a timber observation plaform.

This small tract of forest on the western side of Lake Mburo National Park is home to a variety of forest bird species. Rubanga can be explored with a ranger guide.

The grassy ridges in the eastern part of Lake Mburo can be explored on horseback. This activity is operated by Mihingo Lodge.

South of Rwonyo, the Lakeside Track climbs onto Kigarama Hill which provides a panoramic view of Lake Mburo. This Lake and seven more can also be seen from the equally dramatic Kazuma lookout which lies at the top of a rather steep track accessed from the Ruroko Track near the Kazuma/Research Track junction.

Prime areas for birding in Lake Mburo include the acacia woodland along the Acacia and Research tracks; the wooded shores of Lake Mburo as sen from the Rwonyo launch (ideal territory for the African finfoot) and the Lake’s northern fringe of papyrus wetland.