Kampala is Uganda’s capital and largest city. It is located in the southern region of the country, just north of Lake Victoria, on a range of hills at an elevation of around 3,900 feet (1,190 meters). Kampala is located approximately north of Mengo, which served as the capital of the Kingdom of Buganda in the nineteenth century. Capt. Frederick (later Lord) Lugard chose it as the Imperial British East Africa Company’s headquarters in 1890. The Ugandan colonial administrative headquarters remained at Lugard’s fort on Old Kampala Hill until 1905 when it was relocated to Entebbe. Kampala (a municipality from 1949) was designated as Uganda’s capital in 1962. Sectors exist for parliamentary and commercial buildings, industry, and residential neighborhoods. 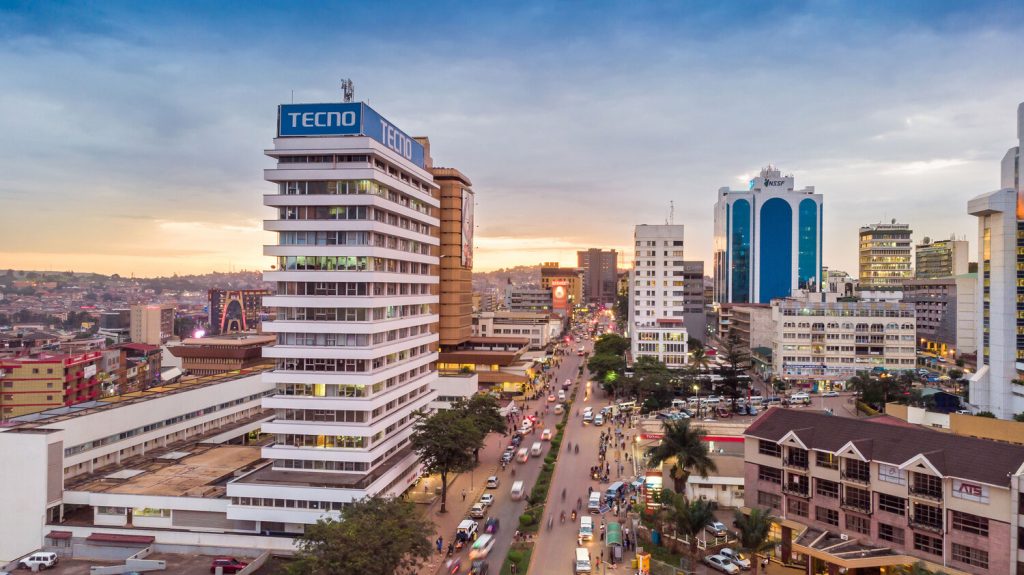 Kampala, located in the most prosperous agricultural region of the country, exports coffee, cotton, tea, tobacco, and sugar. Despite being second in terms of the industry to Jinja (40 miles [64 km] east-northeast), the city has numerous food, metal products, and furniture enterprises, as well as a tractor-assembly plant. It is the headquarters of the majority of Uganda’s large corporations and the primary market for the Lake Victoria region. Kampala is home to Makerere University, which was founded in 1922 and became a university college in 1949 before becoming a university in 1970; for many years, it was the only such educational institution in East Africa. The Uganda Museum is also located in Kampala. Several mosques (particularly the white Kibuli Mosque), Hindu temples, and Christian churches (especially Namirembe) can be found in the city.

Kampala serves as the nation’s transportation hub and is located on the railway line that connects Kasese to Mombasa, Kenya. It is also served by Lake Victoria’s Port Bell (6 miles [10 km] east) and Uganda’s international airport at Entebbe (21 miles [34 km] south-southwest). Population: 1,480,200 (as of 2008).