Covering 1,978 sq. km, Queen Elizabeth National Park is the second most popularly visited Uganda safari park home to over 95 mammal species. About 600 bird species are known to be within the boundaries of the park, a bird total not anywhere else in the national parks in Uganda. Some of the wildlife species that can be spotted in the park include antelopes, elephants, lions, hippos, and many more.

The 2 Days Queen Elizabeth Safari tour is private and can be undertaken all year round starting and ending in Kampala or Entebbe International Airport with early arrivals and late departures.  This tour includes a boat cruise on the 40 Km Kazinga channel that connects lakes, Edward and George.

Day #1: Transfer from Kampala, have a brief stop at the equator line then continue to Queen Elizabeth National Park for an afternoon boat cruise.

From your hotel or place of residence in Kampala, your Uganda safari guide will pick you up for a transfer to Queen Elizabeth National Park. 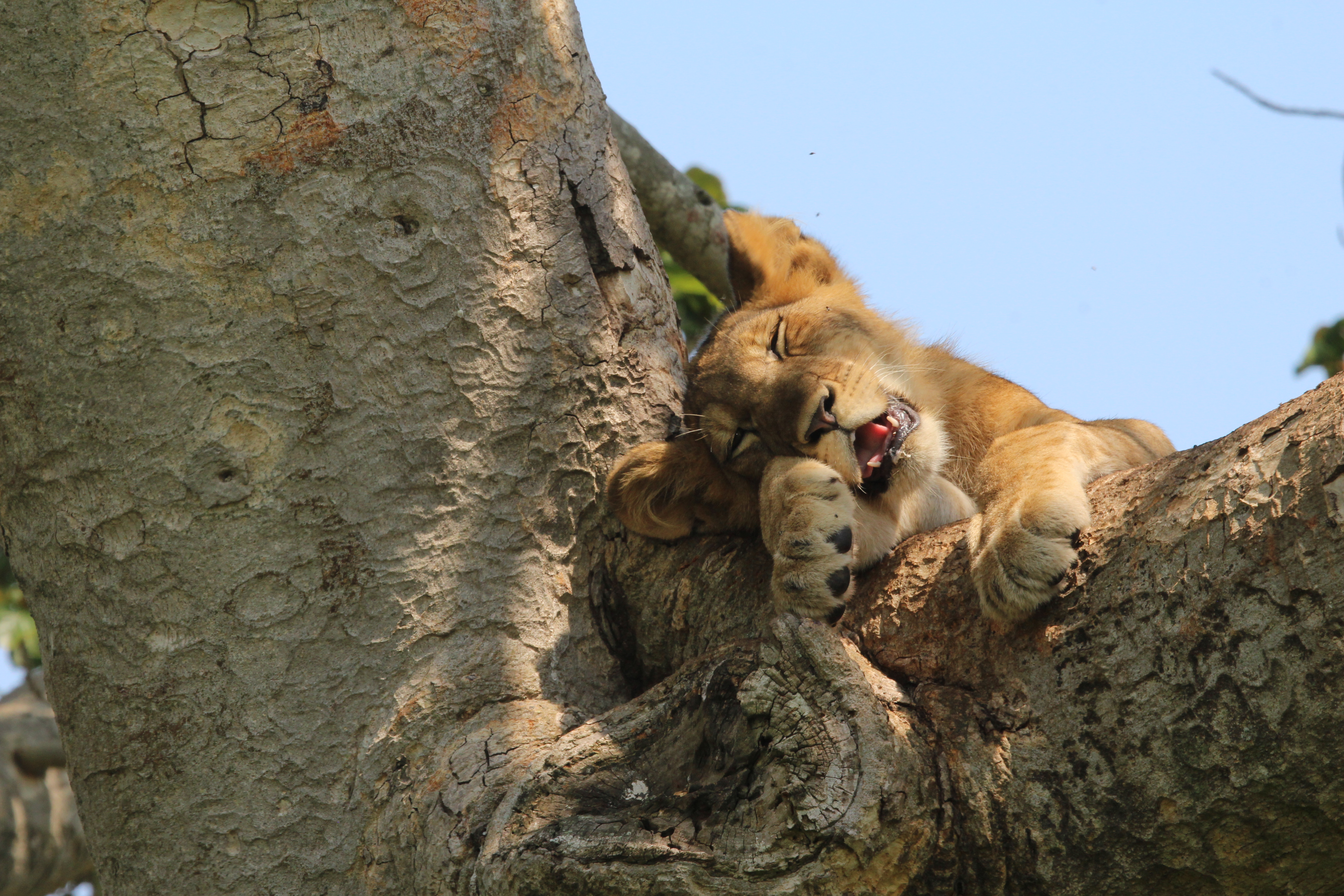 This is a great chance of seeing several aquatic species like crocodiles and hippopotamus alongside other wildlife and bird species on the river banks. After the boat cruise, you take a short game drive en route to your booked accommodation facility. You check in, relax and have dinner.

Day #2: Undertake a morning game drive on the Kasenyi trails of Queen Elizabeth National Park and transfer back to Kampala.

On the last day of your trip, you will have morning breakfast and then proceed for a morning game drive in the Kasenyi plains. Here you explore an array of wildlife including Elephants, Buffaloes, Topi, warthogs, Hyenas, lions, and several bird species.

The game drive lasts about 4 hours and remembers to carry some drinking water binoculars and a camera. After the game drive, you check out of the park for the drive back to Kampala. You have lunch en route and then continue with the drive to Kampala arriving in the evening. Your safari guide will ensure drop off at your place of residence.

Queen Elizabeth National Park occupies an estimated 1,978 square kilometers (764 sq mi). The park extends from Lake George in the northeast to Lake Edward in the southwest and includes the Kazinga Channel connecting the two lakes.

Queen Elizabeth National Park is known for its wildlife, including African buffalo, Ugandan kob, hippopotamus, giant forest hog, warthog, Nile crocodile, African bush elephant, African leopard, lion, and chimpanzee. It is home to 95 mammal species and over 500 bird species. The area around Ishasha in Rukungiri District is famous for its tree-climbing lions, whose males sport black manes. Poachers killed six elephants in the park in 2015, triggering both anger and frustration within the Ugandan conservation community. Learn More about Queen Elizabeth National Park

Peak/High Season
June to September (It’s hardly Packed, so you’ll have to Book your Gorilla trekking permits in  Advance)

Low Season
March, April, May, October, November (Some Lodges & Camps are closed down due to high rainfall; roads & the forest trails are in bad condition)