Kick-off your 9 Days Kenya Fly-in Safari to Amboseli, Samburu & Masai Mara with a couple of days in one of the only national parks in the world that borders a capital city, Nairobi National Park. The rest of the week can be spent learning about Maasai and Samburu culture, interacting with the enormous Amboseli elephant herds, enjoying soothing massages, and viewing hordes of plains animals and ferocious predators while being expertly guided by Maasai and Samburu rangers.

Set out on your own personal migration through Kenya, with opportunities for excellent game watching at every turn, usually with the assistance of Masaai or Samburu rangers. The first taste of a week’s worth of East African adventure comes from spotting huge wildlife on the outskirts of Nairobi, the third-largest city on the continent and the only one in the world with a reserve quite like this.

Fly south-east to Mount Kilimanjaro and the vast elephant herds of Amboseli National Park after spending the night beneath the stars at Nairobi Tented Camp to experience the authentic African flair of the Porini Amboseli Camp’s huge tents. After a day of game viewing, a soothing massage, and a delectable lunch, you can go off to sleep like an enchanted being. You leave the Elephant Bedroom, where you call home, with mixed emotions as you walk into the arid Northern Frontier District, the home of the mysterious Samburu. Given how isolated and pristine this amazing site is, you could be excused for thinking that you have packed up all of your modern conveniences and traveled back in time.

The Masai Mara’s Tipilikwani Mara Camp, located on the banks of the Talek River, is your final stop. Large herds of plains game call this home, always being pursued by ravenous predators. And to round off great days, there will be delicious cuisine, campfires at night, and stargazing for you.

With your first night spent outside at Nairobi Tented Camp, the first lodging ever constructed in Nairobi National Park, get into the safari mood as soon as you land in Nairobi. Be prepared for a nice surprise: while being close to the continent’s third-largest city, the camp is located deep within a riverine forest and is filled with wildlife. Your first experience of safari life will be in the tents, which are cozy, en suite, have hot water heated over a log fire for your shower, and are beautifully lit at night.

On your first morning in Kenya, awake to the dawn chorus because you have a wildlife drive and a substantial breakfast planned. Unfenced southern border attracts migratory species during dry season. From the park, it is simple to get to other famous sites in Nairobi, like the David Sheldrick Elephant Orphanage and the AFEW Giraffe Center. Or just take a hammock snooze beneath a shaded tree. 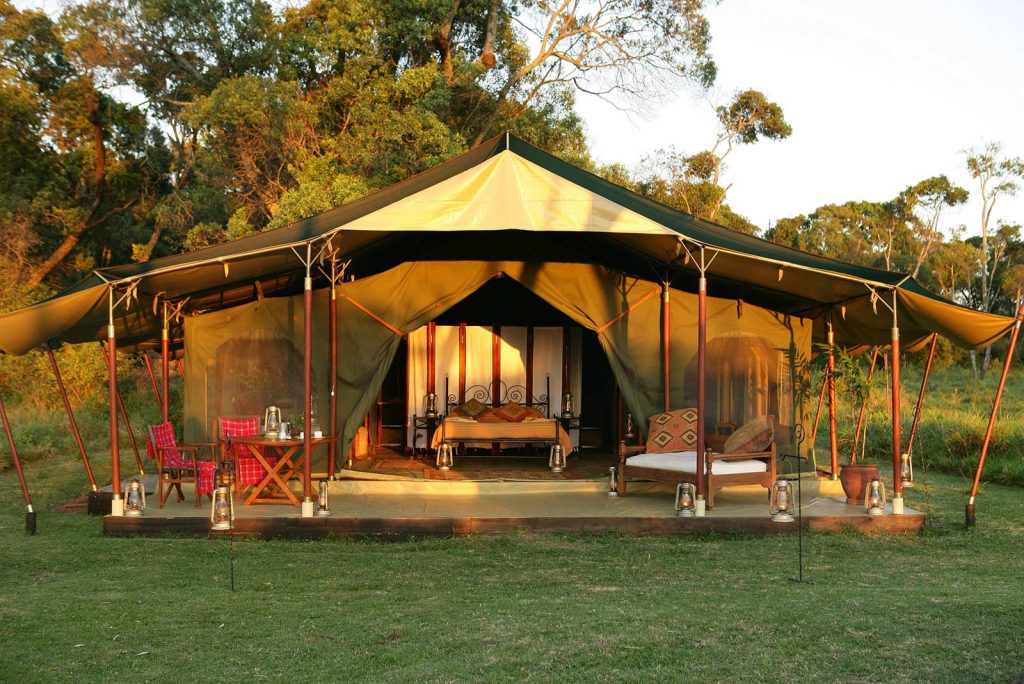 The world’s tallest free-standing peak, Mount Kilimanjaro, may be reached by following the herds of elephants. A timeless and romantic image of the continent is the juxtaposition of the semi-arid grasslands and the peak, which is always covered with snow.

Set your camp at Porini Amboseli Camp, which is located in the exclusive Selenkay Conservation area. The Kili dominates the vista from the convenience of the lodge. However, Amboseli is also well-known across the world for its elephants, and its environment is home to about 1 500 pachyderms.

There are six roomy tents at Porini Amboseli, each with an en suite bathroom and a revitalizing outdoor shower. The emphasis is squarely on providing the finest possible game-viewing experience through enthralling night drives and guided nature hikes in Selenkay. 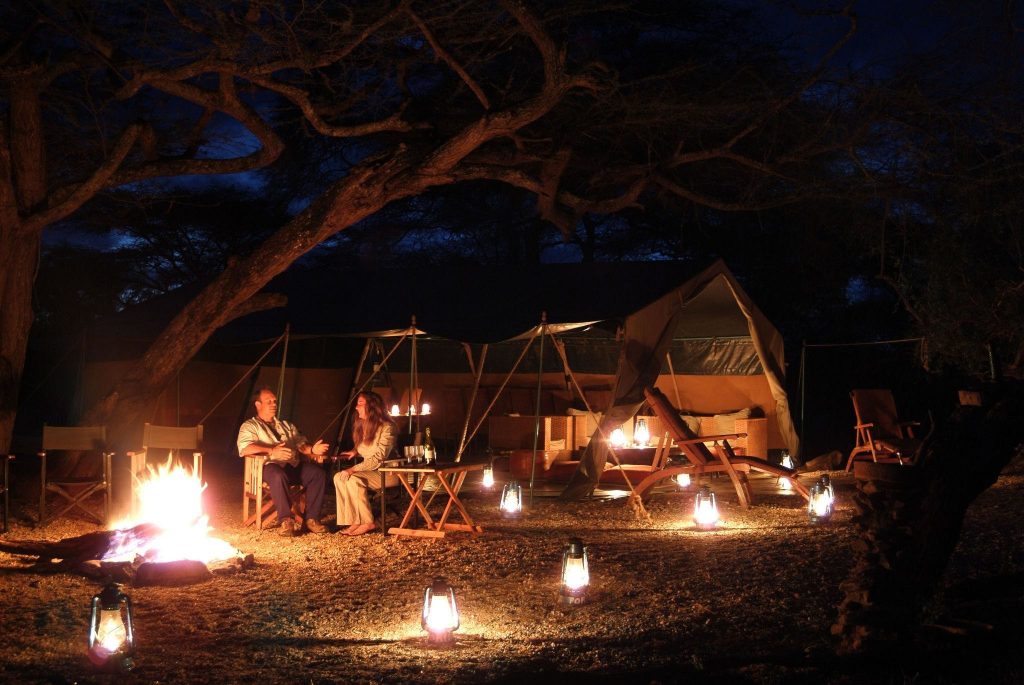 Fly to Samburu National Reserve with Elephant Bedroom as your destination after seeing elephant herds grazing the lush terrain surrounding Kili. On the banks of the Ewaso Nyiro River, the camp is situated in the comforting shade of a lush riverine forest. The river’s breathtaking beauty and jagged cliffs run across the arid Samburu region. Even though you feel distant from civilization here, you have access to every luxury imaginable.

As near as you can go to sleeping under the stars are the 12 luxurious, open-sided tents. Elephants, monkeys, and antelope make campside appearances; more reclusive animals are sighted during game drives or guided treks with the help of Samburu warriors. On day five, visit a village to learn more about their tribal culture and way of life. Then, relax in your hammock, sip a drink while watching game from the game viewing deck overlooking the waterhole, get a massage to loosen your muscles after a long day of unwinding, and watch the stars fly across the vast velvet sky before going to bed for another peaceful night. 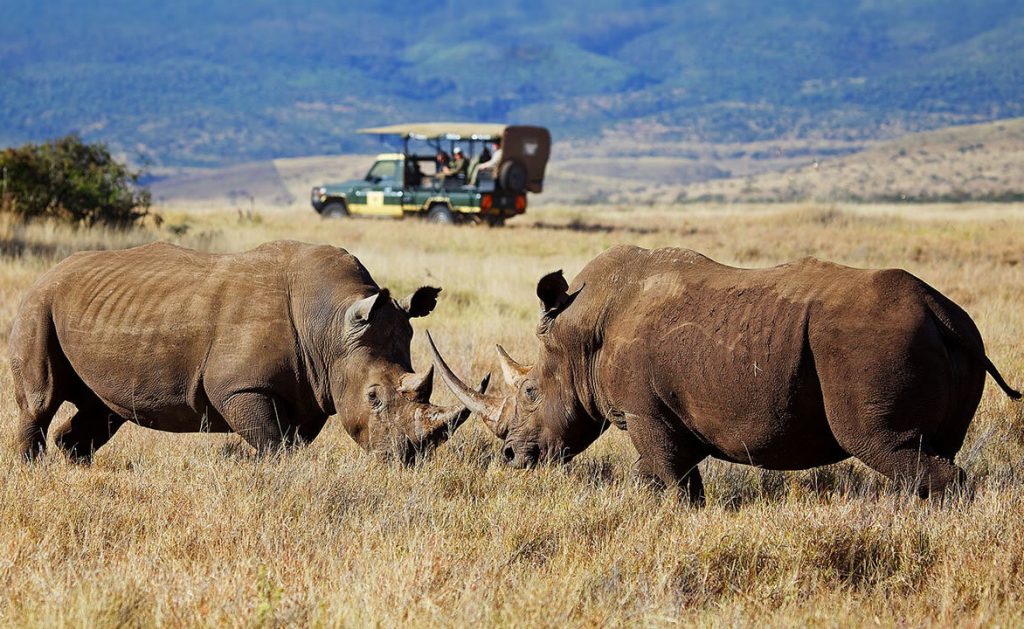 Your next stop is the banks of the Talek River, where Tipilikwani Mara Camp’s 20 tents are positioned along the edge of the water. The camp has a view of the Masai Mara plains, where the Great Migration from the Serengeti annually brings hundreds of thousands of wildebeest and other plains animals. Your breath will be taken away by the sheer number of animals making their way to the grasslands that have ripened from rain during the migration, which is one of nature’s miracles.

Take a game drive or a walk while a Masaai local serves as your guide. They will take you to amazing viewing locations because they know where the animals go. Discover some of the reserve’s hidden tales on a night drive when the nocturnal animals come out to forage. Their sounds fill the warm air and are occasionally broken by a lion’s roar or a hyena’s chuckle.

On your final morning in camp, you rise with the light and get ready for a hearty breakfast, a final game drive, and a visit to a hamlet to discover more about Masaai culture. It’s time to say goodbye after taking a final, leisurely glance outside from your deck or spending some solitary time reflecting on your African safari. You’ll be richer for the experience and have plenty of tales to tell.