Ealy breakfast, drive to Bagamoyo for a full day, after spending your full day in Bagamoyo you will return to your lodge for dinner & overnight. Bagamoyo, Tanzania, is a town founded at the end of the 18th century, though it is an extension of a much older (8th century) settlement, Kaole. It was the capital of German East Africa and was one of the most important trading ports along the East African coast along the west of the Indian Ocean. Now, the town has about 30,000 inhabitants and is the capital of the Bagamoyo District. 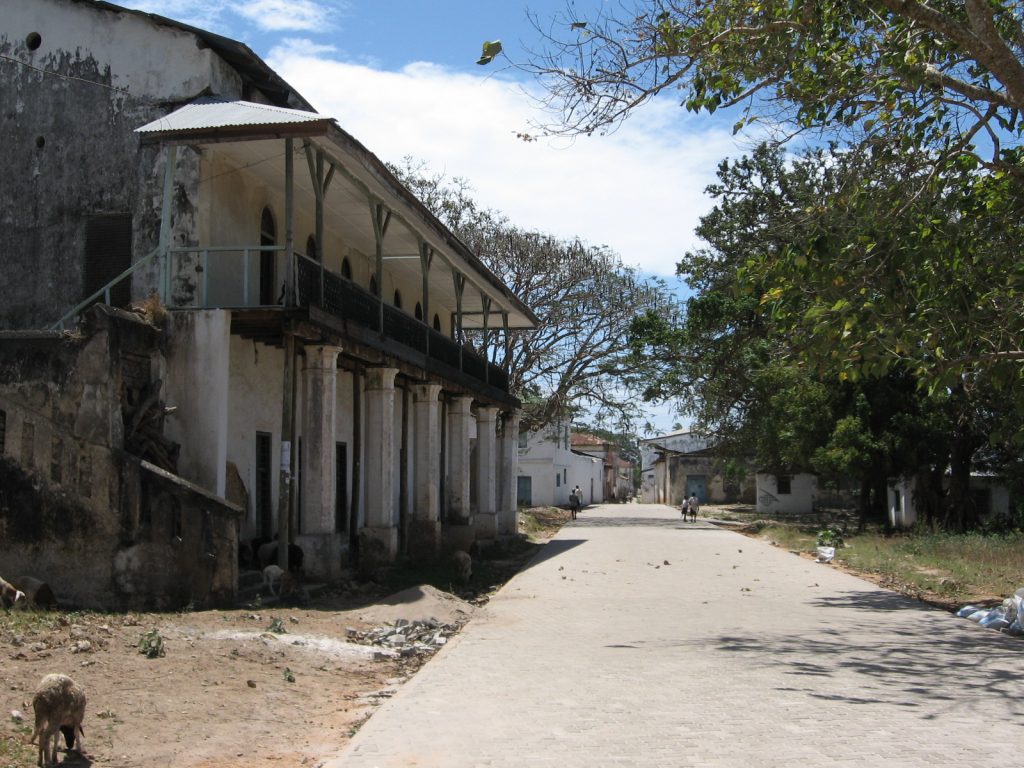 Bagamoyo lies 75 kilometers (47 miles) north of Dar-es-Salaam on the coast of the Indian Ocean, close to the island of Zanzibar

The original settlement, Kaole, was founded c. 800 CE and grew into an important trading town by the 13th century. The Kaole Ruins contain the remnants of two mosques and 30 tombs, dating back to the 13th century. Around the 17th century, the settlement 2-3 miles north of Kaole began growing. This area grew in prosperity, acquiring the name Bagamoyo by the 18th century as an important step in the caravan trade (the name means “take the load off and rest”). Until the 18th century, Bagamoyo was a small trading center where most of the population was fishermen and farmers. The main trading goods were fish, salt, and gum, among other things. Bagamoyo became the most important trading entrepot of the east-central coast of Africa in the late 19th century.

In the late 18th century Muslim families settled in Bagamoyo, all of which were relatives of Shamvi la Magimba in Oman. They made their living by enforcing taxes on the native population and by trading in salt, gathered from the Nunge coast north of Bagamoyo. In the first half of the 19th century, Bagamoyo became a trading port for ivory and the slave trade, with traders coming from the African interior, from places as far as Morogoro, Lake Tanganyika, and Usambara on their way to Zanzibar. This explains the meaning of the word Bagamoyo (“Bwaga-Moyo”) which means “Lay down your Heart” in Swahili. It is disputed whether this refers to the slave trade which passed through the town (i.e. “give up all hope”) or to the porters who rested in Bagamoyo after carrying 35 lb cargos on their shoulders from the Great Lakes region (i.e. “take the load off and rest”). Since there is little evidence to support that Bagamoyo was a major slave port (Kilwa, much further south, has earned this status and that tens of thousands of porters arrived at Bagamoyo annually in the latter half of the 19th century, it is more likely that the name of the town derives from the latter interpretation.

In 1868, Bagamoyo local rulers, known as Majumbe, presented the Catholic “Fathers of the Holy Ghost” with land for a mission north of the town, the first mission in East Africa. This caused resistance by the native Zaramo people which was mediated by representatives of Sultan Majid and, after 1870, by Sultan Barghash. Originally the mission was intended to house children who were rescued from slavery, but it soon expanded to a church, a school, and some workshops and farming projects.

But Bagamoyo was not only a trade center for ivory and copra; it was also a starting point for renowned European explorers. From Bagamoyo, they moved out to find the source of the River Nile and explored the African inner lakes. Some of these were Richard Francis Burton, John Hannin  Speke, Henry Morton Stanley, and James Augustus Grant. Although often believed so, David Livingstone had never been to Bagamoyo in his lifetime. Only after his death, he was laid out in the Old Church’s tower (nowadays named Livingston Tower) to wait for the high tide to come in and ship his body to Zanzibar.

Bagamoyo was the first capital of the colony while serving as the German headquarters of German East Africa (first under the auspices of the German East African Company and then the German Imperial Government) between 1886-1891. Dar es Salaam became the new capital of the colony in 1891. The town was apparently the (1895) birthplace of SS-Oberführer Julian Scherner. During World War I, on August 15, 1916, a British air attack and naval bombardment were launched on Bagamoyo, the Germans were overrun and the German garrison was taken. When the German Empire decided to build a railway from Dar es Salaam into the interior in 1905, Bagamoyo’s importance began to decline