Golden Monkeys – Facts, Lifespan, Diet, Habitats & Photos – The top flanks and back of the golden monkey are covered in a golden-orange patch, making it an understudied but easily recognized primate. It is an Old World monkey that is unique to Central Africa. The Golden monkey was once thought of as a subspecies of the Blue monkey and was not classified as a distinct species. These two monkeys are actually very similar and closely related to one another. The distribution of Cercopithecus species has been fragmented as a result of the continual partition of forests, and many species have lived in isolated groups where they have adapted to the local environment. The Golden monkey has separated from the Blue monkey as a result. One of the eight subspecies of the blue monkey is this endangered species. The golden monkey’s females have paler coloring and fewer weathered brown spots. However, because of a scarcity of observations, there is very little knowledge of the ecology and behavior of this species. 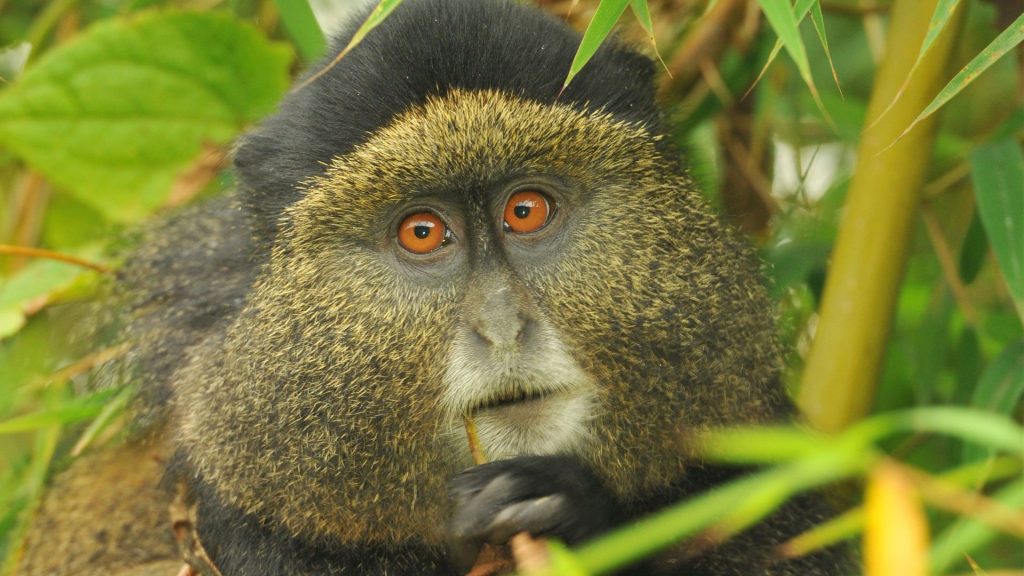