Why Are Chimpanzees Endangered? Threats to Chimps and Help

In 1996, the International Union for the Conservation of Nature (IUCN) declared chimpanzees to be endangered for the first time, citing studies that suggested the species’ population would decline by 50% between 1975 and 2050.

In contrast to the one million chimpanzees that were there around the turn of the century, the Jane Goodall Foundation estimates that there are between 172,000 and 300,000 chimpanzees living in the wild today. 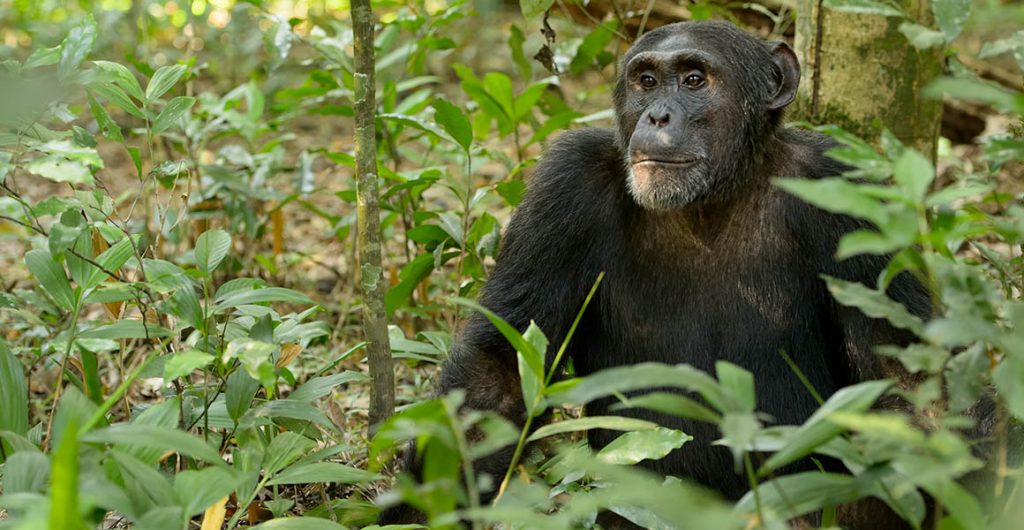 Why Chimpanzees Are Endangered and What We Can Do

The western chimpanzee, which is one of the four unique subspecies and is mostly located in Côte d’Ivoire, Guinea, Liberia, Mali, and Sierra Leone, is regarded as severely endangered.

Kibale National Park Uganda – Primate Capital of the World – Our complete guide on Kibale Forest National Park is all you need to know about this beautiful park.

Wild chimpanzees continue to experience poaching and habitat loss as a result of illicit logging, development, and mining in Central and West Africa. Due to increased contact with humans, these problems result in additional indirect hazards like illnesses.

Threats are exacerbated by the species’ slow reproductive rate—if an adult chimp is killed, it takes an average of 13 to 14 years to replace them with a breeding individual.

For individuals who live in the forests of Central and West Africa, bushmeat has long been a crucial source of nourishment, but in recent years, a commercial market has also become a problem.

While poachers frequently target new moms in order to sell the adult as bushmeat and the young as pets, chimpanzees are more frequently hunted with weapons or snares.

The United Nations Environment Programme (UNEP) estimates that between 2005 and 2011, the illegal trade claimed the lives of up to 22,218 wild great apes, of which at least 64% were chimpanzees.

Chimpanzees and humans are prone to many of the same diseases since we share a large portion of our DNA. Chimps will be more vulnerable to virus transmissions due to the constantly growing human-wildlife interface as more people move into and around their habitat (the population of sub-Saharan Africa alone is expected to treble by 2050).

Since the 1980s, Ebola has been detected in chimpanzee communities. The virus has affected up to 14% of their distribution region, and additional outbreaks are very likely in the future. 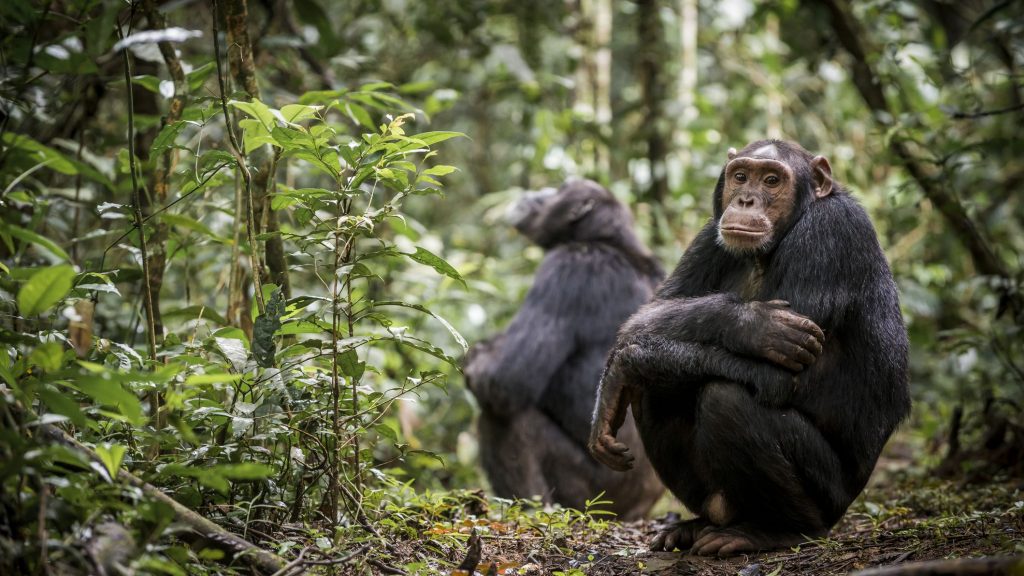 Why Chimpanzees Are Endangered and What We Can Do

Prior to the 1990s, the majority of Central Africa consisted of dense, roadless forest blocks that were challenging for anyone to travel through. Since then, logging and mining concessions have been granted access to nearly all of the terra firma forest in the central chimpanzee’s habitat that is not currently under protection.

Because of the extensive networks of logging roads that now cover these formerly inaccessible forests, hunters and traffickers now have easier access to chimpanzee habitats.

Chimpanzees are occasionally murdered in regions that have been turned into agricultural fields or plantations by farmers attempting to safeguard their crops.

Chimpanzees are the great apes with the broadest geographic spread, with a span of approximately 2.6 million kilometers. Any valuable habitat that is lost as a result of industrial mining, logging, or land conversion activities has the potential to cause great harm to chimpanzee communities.

What We Can Do

The factors that endanger them are intricately linked to other issues including poverty, a lack of job opportunities, governmental corruption, and a lack of local understanding. To give chimpanzees a chance, all of these issues must be solved.

It will be crucial to create and combine national parks across the chimpanzees’ habitat and to uphold wildlife regulations in order to preserve healthy populations for future generations.

Chimpanzees are protected by both domestic and international law; they are listed in Appendix I of CITES and are classified as Class A under the African Convention on the Conservation of Nature and Natural Resources. However, enforcement of these laws is frequently hampered by issues like conflict, corruption, and poverty. The majority of chimpanzees live outside of protected areas, despite the fact that all four subspecies can be found there naturally.

In Africa, where chimpanzee conservation is most necessary, organizations like the Wild Chimpanzee Foundation (WCF) are working on the ground. The WCF helps community watch teams (CWT) in Liberia keep an eye on illegal miners who have infiltrated Sapo National Park’s protected sections. In just 11 months, CWT patrols helped hundreds of illicit miners leave the national park with assistance from the Forestry Development Authority.

Around 60,000 genetic markers from captive-born and wild-born chimpanzees were studied in 2020 by scientists from Denmark, Spain, Russia, and the UK. They were able to create a genetic reference map to match with DNA from chimps who were seized from criminal trafficking activities and taken to sanctuaries using information from wild-born chimps whose birthplace was already known.

The study assisted in identifying the subspecies of chimpanzees they had found and its natural habitat. This knowledge is essential for both captive breeding efforts to protect distinct chimpanzee subspecies in case they become extinct in the wild and for the reintroduction of recovered chimpanzees into their identified native habitats.

Research on vaccines has also been done to shield chimpanzees from contagious diseases. Chimpanzees can now receive Ebola vaccines orally rather than intravenously according to a technique devised by ecologists at the University of Cambridge. As a result, the vaccine might be simply set on bait for the animal to find.

To find and dismantle unlawful snares in the Ugandan woods of Kibale National Park, the Kalinzu Forest Reserve, and the Budongo Forest Reserve, conservationists from the Jane Goodall Institute have taken a more direct approach. They have enlisted the assistance of former poachers.

Over 7,000 snares have been taken out since the initiative started, and 18 interventions have been conducted to free captive chimpanzees. Because of the collaborative nature of the project, former poachers who once made a fortune by catching chimpanzees in traps now have new financial incentives to work for conservation.

Achieving success with other great apes, most notably the mountain gorillas of Rwanda, sustainably managed ecotourism initiatives that emphasize educating visitors about conservation while also using the money raised to benefit the environment and local communities have the potential to achieve the same success with chimpanzees.

These kinds of initiatives can strengthen the local economy by boosting employment opportunities in addition to protecting natural resources.