Rwanda Mountain Gorillas, Hirwa gorilla family with 20 members from Volcanoes National Park in Rwanda reportedly moved to Mgahinga Gorilla National Park of Uganda and have stayed there for the past one week. 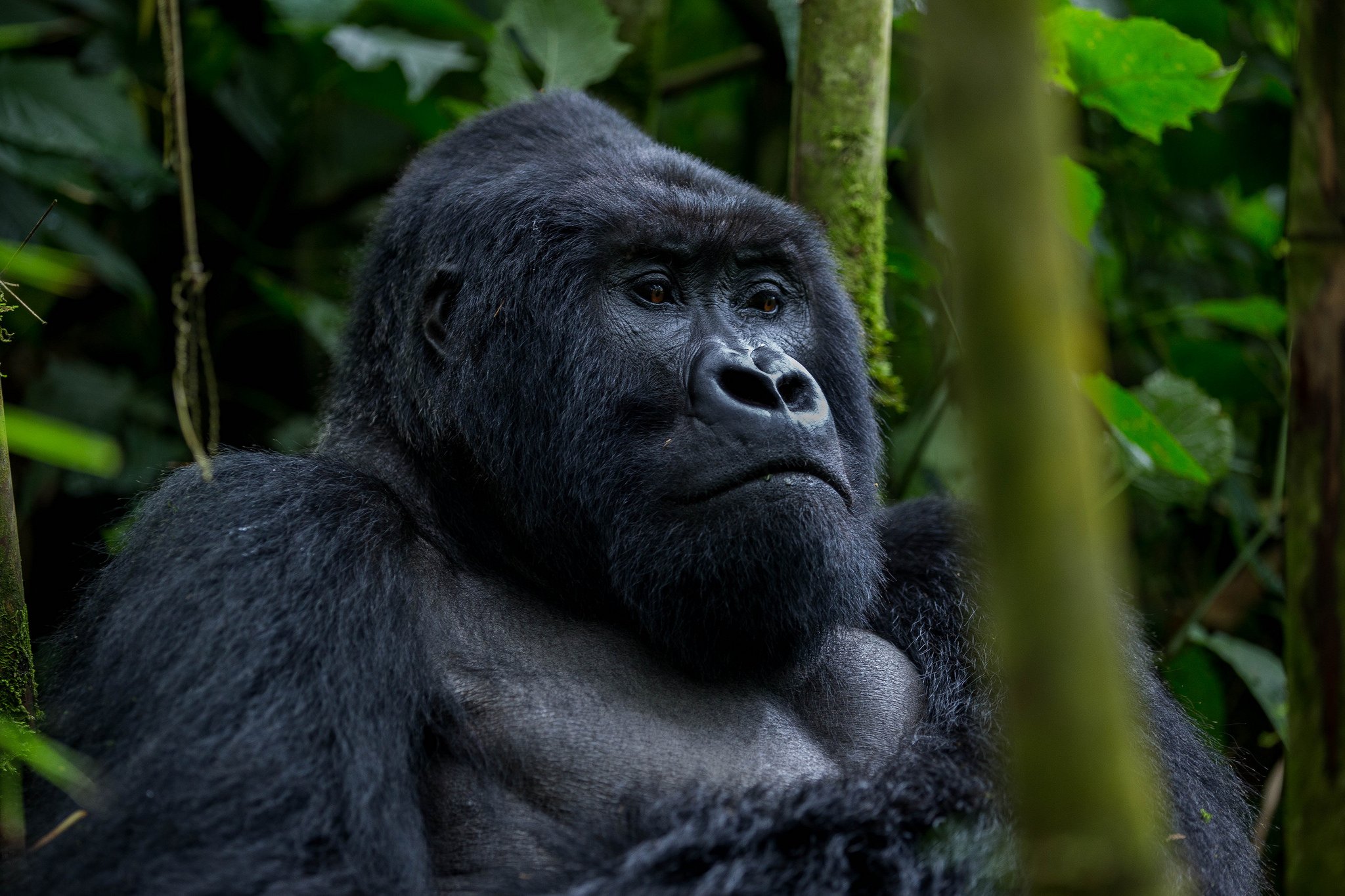 This was confirmed by the Uganda Wildlife Authority’s website executive and photographer, Paddy Musiime Muramura who confirmed that the gorillas have been in Uganda for a few weeks and are being managed alongside the gorillas in Mgahinga Gorilla National Park.

This is done under the guidelines of the International Gorilla Conservation Program (IGCP). Volcanoes National Park is the only Rwanda Gorilla safari park since it’s the only park in the country where Mountain Gorillas can trek.

Mgahinga Gorilla National Park is in southwestern Uganda whereas Volcanoes National Park is in the northern part of Rwanda. Both parks are managed by the respective countries with the Uganda Wildlife Authority in Uganda whereas the Rwanda Development Board takes care of Rwanda’s gorilla park. Rwanda Mountain Gorillas Mountain Gorillas move freely past these borders and can cross Rwanda, Uganda, and Congo. This has happened before within the Virunga massif.

The movement by mountain gorillas within the Virunga massif is not only because they know no borders in this area but also pressure from intergroup competition for food and reproduction could be the reason for gorilla transboundary movement.

What Next after 20 Gorillas migrate from Rwanda to Uganda?

Rwanda has commented on the matter as normal and should be taken as a usual incidence.

As stated by the Rwanda Development Board Chief Executive Officer, Rwanda has historically hosted the most gorillas crossing from neighboring countries. 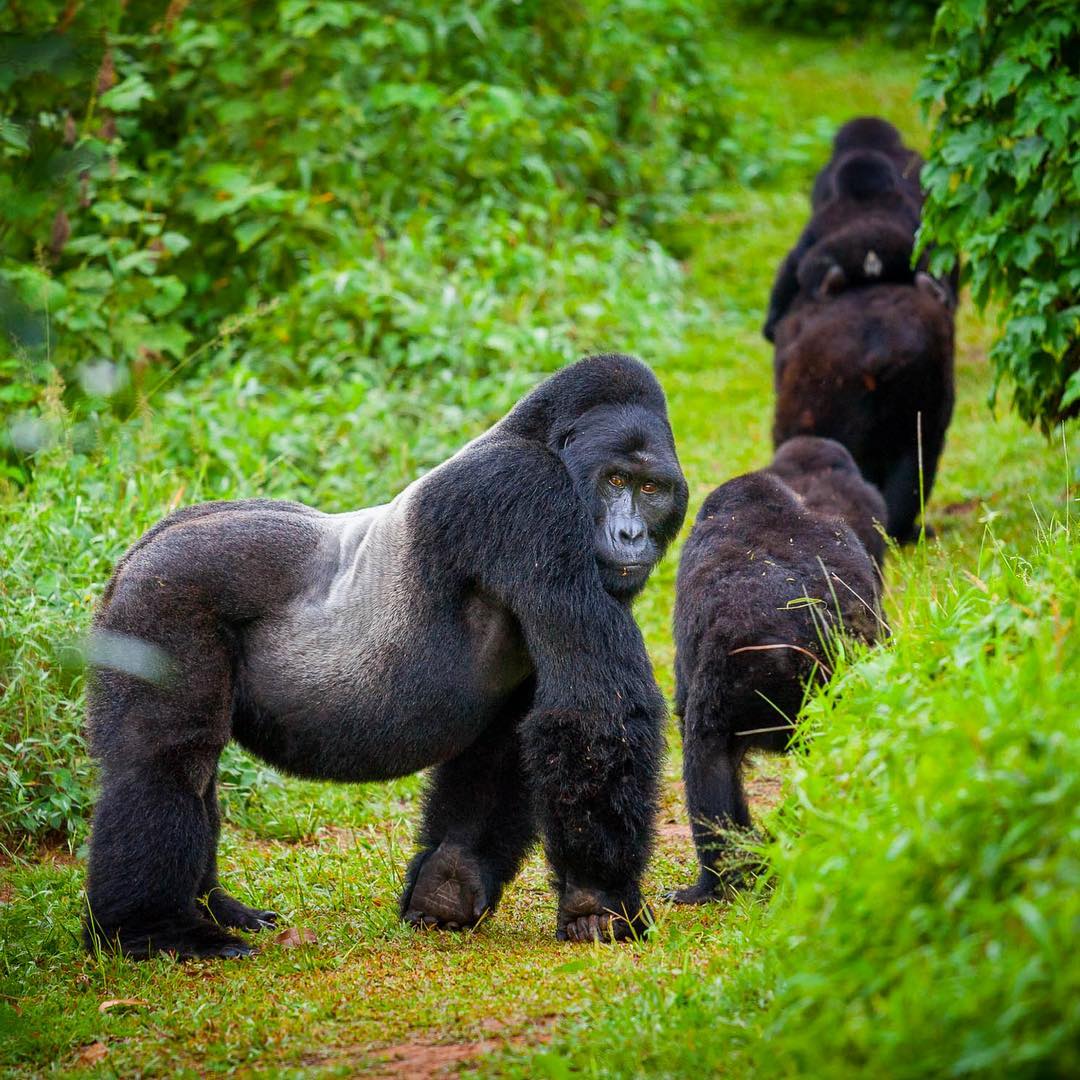 The Greater Virunga Transboundary Collaboration (GVTC), was established in 2015 between the Democratic Republic of Congo (DRC), Rwanda and Uganda, as a framework of programs, plans, and activities to conserve a network of transboundary protected Areas in Greater Virunga Landscape (GVL).

In the Greater Virunga Transboundary Programme revenue is shared 50-50 between the two countries when the Gorillas are tracked across either border.

The scheme also applies to any other species within the Virunga massif including the Golden monkeys that are endemic to this region.

Therefore, the two countries will harmoniously continue to conserve the elusive species. Only a single gorilla family moved from Rwanda therefore Gorilla trekking in Rwanda will continue as usual with the other gorillas. Mgahinga Gorilla National Park will also continue with its gorilla trekking activities in the park.

Mgahinga Gorilla National Park just as its name states was created to protect the elusive Mountain gorillas in this area.

Uganda gorilla safaris are the top activity in the park as many travelers go on the search for this amazing gorilla family that has 5 silverbacks all living in harmony. The group is peaceful and displays characters that are more different from other gorilla families. Trekking gorillas in Mgahinga can be a short safari of 3 days from Uganda or even day days from Rwanda.

Birding in Mgahinga is another rewarding activity aside from gorilla trekking. About 180 bird species have been recorded within the park including the Albertine rift endemics like the Rwenzori Turaco, Rwenzori Batis, Rwenzori Nightjar, and many others.

How much does it cost to go Gorilla trekking in Uganda?

Gorilla trekking costs in Uganda are as follows;