How Many Gorillas are Left in the Wild? Grow more than 1000

Mountain gorillas populations have been steadily declining since their scientific discovery in 1902, with only approximately 880 mountain gorillas remaining in the world, and these can only survive in the wild. Mountain gorillas are classed as highly endangered, and attempts are ongoing to keep these massive animals from becoming extinct. 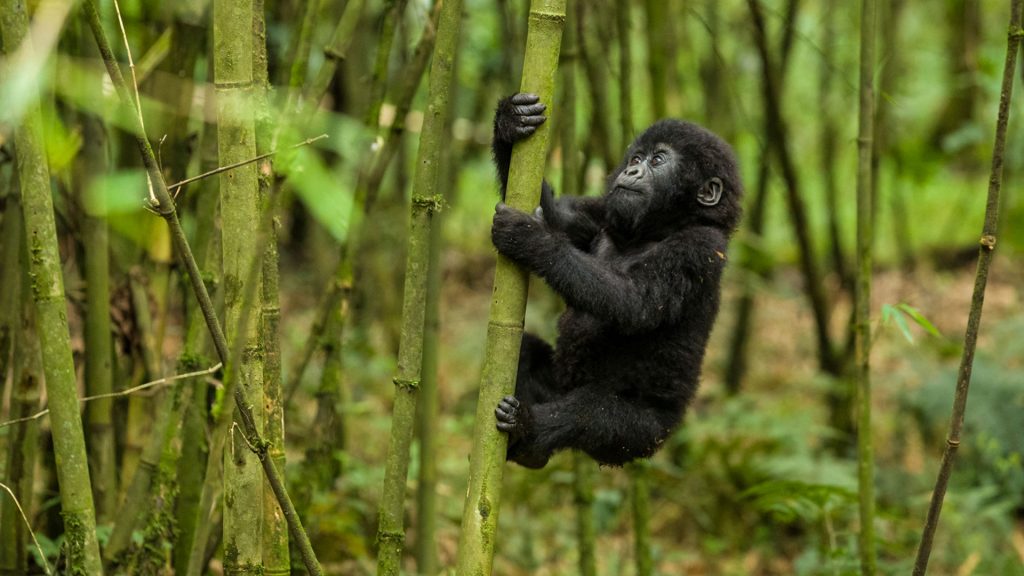 Where do the mountain gorillas live?

Threats to the Mountain Gorillas?

Population census for the mountain Gorillas

How is a gorilla different from a human being? – Are mountain gorillas biologically similar to human beings?

Population and distribution of the mountain Gorillas

Mountain gorillas can be found in two places: the Virunga range of extinct volcanic mountains on the borders of the Democratic Republic of the Congo (DRC), Rwanda, and Uganda, and the Bwindi Impenetrable National Park in Uganda. Some primatologists feel that the Bwindi gorillas are a distinct subspecies.

Since their discovery in the early nineteenth century, the mountain gorilla population has been steadily declining due to a variety of factors including, but not limited to, habitat loss, uncontrolled hunting, war, civil unrest, and capture for the illegal pet trade; however, mountain gorillas rarely survive in captivity.

Mountain gorilla populations are progressively expanding, mainly to conservation initiatives, and the population has expanded in recent years from 620 individuals in 1989 to roughly 880 individuals now.

How does gorilla trekking help to conserve the mountain gorillas?