“The international airport and land borders will now be opened for tourists, coming in and going out, provided they tested negative 72 hours before arrival in Uganda,” said President Yoweri Museveni in a televised address to the nation. 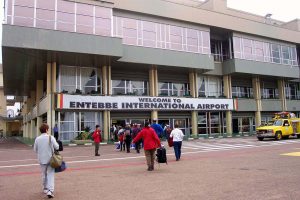 Uganda Reopens Airport – Entebbe International Airport is Uganda’s only airport and was closed in March following the outbreak of the novel coronavirus in the country.

The president also stated that measures will be taken to ensure that tourists and returning Ugandans are not mixed.

On arrival, tourists will be driven straight from the airport to their designated transited hotels. However, returning Ugandan citizens from abroad who have tested negative for COVID-19 will be allowed to go home directly, instead of being quarantined for 14 days as previously and the ministry of health will only take their details for follow up.

The president’s full statement on reopening of the international airport and land borders was,

“The international airport and land borders will now be opened for tourists, coming in and going out, provided they tested negative 72 hours before arrival in Uganda and provided the tour operators ensure that the tourists do not mix with the Ugandans. How will this be done? The tourists will be driven straight from the airport to their destinations or to designated transit hotels that are set aside for that purpose. Business delegations should also be handled in the same way by the local partners. The returning Ugandans, who have negative PCR results, will be allowed to go home. The ministry of Health will only get their addresses for follow up”.

Reopening of the international airport is a ray of hope for the tourism industry and those who were interested in undertaking Uganda tours. At the start of the lockdown in Uganda in March, all national parks were closed and tourists not allowed to visit, however, as the lockdown was eased wildlife parks were opened later followed by the primate parks.

Uganda currently has 6,287 COVID-19 cases, 2,616 recoveries and 63 deaths. Everyone coming in or going out of the country is advised to follow the Standard Operating Procedures in order to curb the spread of this virus.

Uganda is a budget Africa tour destination with a lot of unique attractions ranging from wildlife, bird species to the people. Contact Kabira Safaris for details of how to book for your next trip with discounted costs.